Hard Rowing Ahead? The Future of Social Security & Your Retirement

Unless changes are made in the near future, the U.S. Social Security system may become underfunded, leaving future retiree benefits in doubt. How should you prepare? 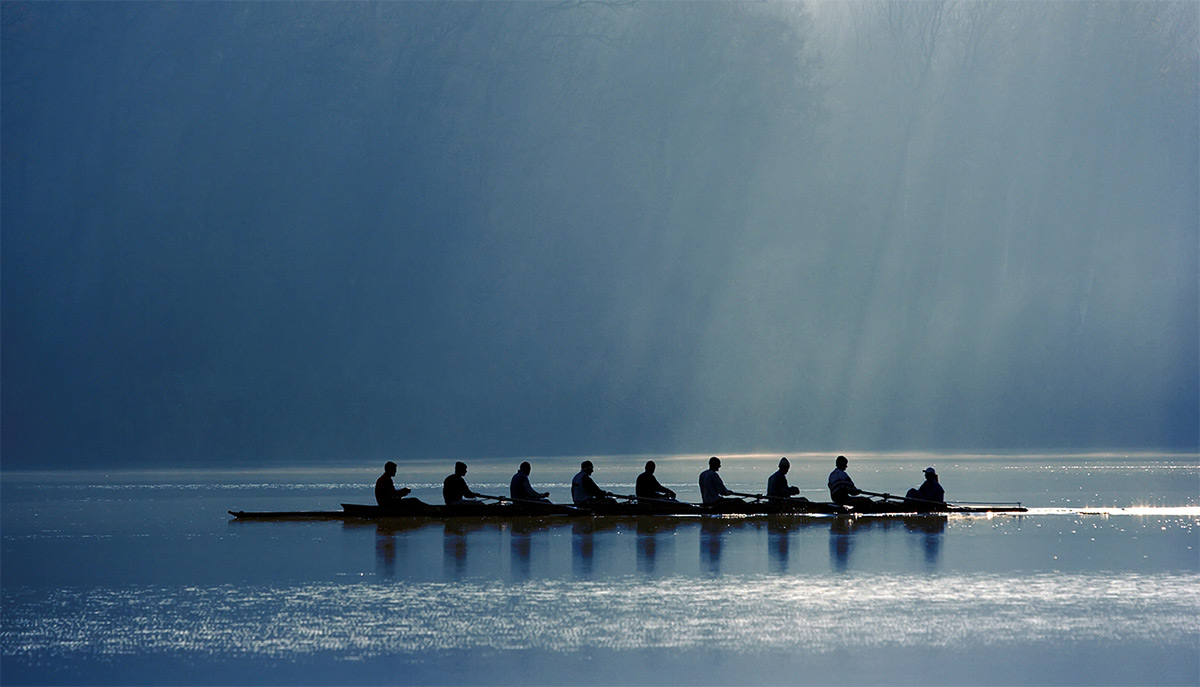 Retirement funding used to be like a “three-legged stool," with employee pensions, Social Security, and personal savings all supporting the retiree. Today, that stool doesn’t seem to stand up for many of today’s investors.

Few private companies offer pension plans, and the future of Social Security benefits look a bit wobbly. That means you might need additional sources of retirement income to make up the difference, and depending on your financial situation, you might need to rely more heavily on some sources than others.

Income Sources Rowing Together Toward Retirement

Picture a crew (rowing) team—eight people working together toward a common goal—the finish line. If one or two of the rowers aren’t pulling their weight, or are out of sync with the rest, the boat will still move toward the finish line, but not as effectively. To achieve the desired result, the other members will need to work harder.

That’s how you might think about retirement income. What if Social Security future benefits are diminished from their current level? Other sources, such as 401(k) plans, IRAs, annuities, personal savings, and maybe even the equity in your home will need to provide a greater share.

The important thing is to create a plan, stick to it, and start saving.

"The main message is to save what you can because you’re mostly going to be creating your own paycheck in retirement," said Dara Luber, senior manager, retirement at TD Ameritrade. “The important thing is to create a plan, stick to it, and start saving."

If you’re working today and aren’t retiring in the next few years, it’s an unpleasant truth that Social Security changes could affect your post-work life. Looking at the future of Social Security, the system is headed for insolvency in 2034, according to the government’s 2018 Social Security trustees report. Starting in 2034, the report said, Social Security will only be able to pay out 79% in promised benefits to retirees and disabled beneficiaries.

Social Security’s cost now exceeds the amount of taxes being paid into the system, a 2018 benefit deficit the government expects to worsen in coming years “primarily because the retirement of the baby-boom generation will increase the number of beneficiaries much faster than the number of covered workers increases, as subsequent lower-birth-rate generations replace the baby-boom generation at working ages," the trustees’ report explains.

Current Social Security taxes pay current year benefits. For almost all years before 2018 more Social Security taxes were taken in than were needed to pay benefits. That surplus could have been invested and held in trust like defined benefit pension plans are, but instead much of the surplus was used to cover other government spending. The government does credit the “surplus" with a minimal amount of interest, but it’s not actually in a “trust account" where it could be managed for long term gain. Much like the current deficit spending of the U.S. Government, Social Security deficits could also be financed via borrowing. Or other tax receipts could be used to pay Social Security benefits.

Some of the solutions the Social Security report proposes include raising revenues now through a payroll tax increase (which means more money could be deducted from your paycheck), a 23% reduction in benefits starting in 2034, a benefit cut of 21% for people who become eligible in 2018 or later, or some combination of those approaches.

Other proposals regarding the future of Social Security, that have been proposed over the years include:

Social Security funds are expected to be intact for the duration of the baby boomers’ retirement, but might start running lower just about in time for the “Generation X" retirees 15 to 20 years from now. “It’s hard to say if full Social Security benefits will still be there," Luber said.

One way to partially help cover yourself from any lack of Social Security benefits is to consider aggressively funding your company 401(k) plans and IRAs.

"Many companies have started to auto-enroll employees at 3% of their pay in 401(k) plans, but you could argue 3% isn’t enough," Luber said, adding that it’s important to immediately put aside as much as possible from each paycheck to potentially benefit from the advantage of compounded returns.

At this point, a lot of people—particularly those just starting out—might hear talk about “saving more money" and feel like throwing their hands up as they watch the traditional three-legged stool fall apart. After all, many are already deep in debt with college loans, and some have elderly parents to take care of and perhaps their own children’s college savings to build. If you’re in this situation, how can you put aside more for your own retirement?

"I’m not saying to give up your daily vanilla latte, but look at things you spend your money on," Luber said. “Consider the things that make you least happy, and find a way to cut back or do it cheaper. It can cost $80 to take your family to a first-run movie at the theater when you include tickets and food, for instance. If you love movies, rent a movie at home and make popcorn. Maybe you don’t see first-run movies, but you can save $75."

Or by packing lunch each day instead of buying, someone could potentially save more than $2,000 a year, Luber added, enough to fund half of an IRA contribution.

Plotting Your Course to the Finish Line

The important thing is to start and be consistent. This holds true regardless of the future of Social Security. Even small contributions made each month can grow, and you can increase your contributions as your financial situation changes throughout your life. Saving early and making regular contributions can give you a head start on planning for retirement, which may allow you to reach your financial goals sooner.

Ready to start rounding out your crew team? Here are some retirement planning tools and resources to help you get started or check if you’re on track.