A Guide to Collecting Social Security on an Ex’s Record

If you’ve been divorced for at least two years, you can collect from a spouse’s Social Security benefits as early as age 62, so long as you stay single. 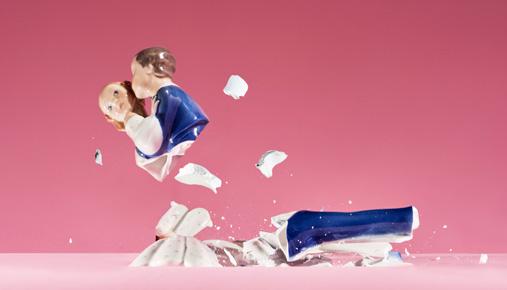 Considering that 40% of new marriages include at least one spouse who has previously said “I do,” according to the Pew Research Center, those thinking about retirement and Social Security income should take a close look at their situations before walking down the aisle again.

Social Security is not necessarily meant to replace your income in retirement, but for many, it’s an integral piece of the retirement-income pie. On average, Social Security income replaces about 40% of pre-retirement income. But Social Security, like many government programs, has a lot of rules, exceptions, and contingencies—by some estimates, about 2,700 of them—and determining your best options for how and when to start drawing benefits can be tricky. This can be especially true for those who have been divorced and whose ex’s income was substantially higher.

Let’s take the case of Elaine and Ted. Elaine was a stay-at-home parent or worked part-time for much of their 25-year marriage. Ted was a high-powered executive whose salary continued to climb throughout the last two decades of their marriage. When they divorced, Elaine was in her early 50s and Ted was in his mid-50s.

Fast-forward 10 years, and Ted is remarried, but Elaine has stayed single. Ted is at his full retirement age (FRA) of 66 years old, and his salary has escalated well ahead of where it was when the two were still married. He has no plans to retire before age 70, so by deferring until then, he’s building his own Social Security income nest egg while continuing to bring home a paycheck.

Elaine, meanwhile, is 62 years old. Her full retirement age isn’t until she’s 66 years and two months old (according to the FRA chart on the Social Security Administration website), but she’s at the age where she could begin early withdrawals. As a divorcee who was married for more than 10 years, has been divorced for at least two years, and is still single, she can file to collect based on Ted’s benefit record, which is considerably higher than her own.

Also, if she continues to work while receiving any Social Security benefit, the retirement “earnings test” will apply. A section of the SSA website is devoted to earning benefits while working.

New Wife Has to Wait to Collect Spousal Social Security

That’s not the case for Ted’s new wife, Suzanne, who is also 62 years old and eligible to begin collecting Social Security income, either from her own record or from Ted’s. Like Elaine, if she collects before her FRA, the amount available to her will be reduced. SSA does that under the assumption—based on average lifespans—that people who take Social Security early will be collecting it for many more years than those who wait until they’re 70.

Because they’re still married, Suzanne must wait until Ted files for benefits before she can file for spousal benefits. If she chooses to file from her own benefits, she will get the reduced rate on her own benefits, but it will likely rise to meet what she’s eligible for under Ted’s benefits when he files. But, because she’s filing early, her total take will stay at that 35.4% of Ted’s total. If she were to wait until her FRA, she, too, would get 50% of Ted’s. Again, though, that’s not until Ted files himself.

A few caveats worth noting:

Just remember that the benefits do not include any delayed retirement benefits your ex may have accumulated.

Get your questions answered here »
Print