As you ease into retirement, a 55-and-over community might be a solid choice, but they’re not all the same. Here are some things to think about. 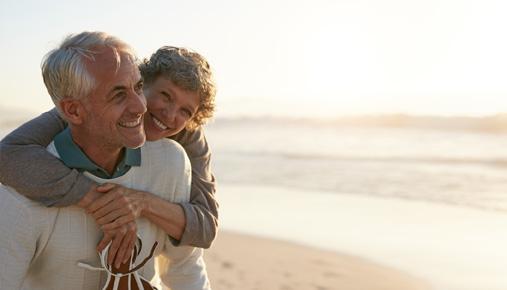 If you're an empty nester who's getting older, you may like the idea of downsizing. But if you don’t fancy moving into the sub-400-square-foot residences espoused by the tiny house movement, fear not; there are other options, including independent senior living communities.

These retirement enclaves are for folks in and approaching their sunset years who might be looking for some supportive services such as meals, transportation, and housekeeping, but who don’t need the level of care associated with assisted living facilities or nursing homes.

If this sounds like your ticket to enjoying the good life in retirement, there can be a lot to think about when it comes to choosing a community.

“It can be overwhelming,” says Sue Johansen, director of sales with A Place for Mom, which bills itself as the largest senior living referral service in the U.S. and Canada.

The main drivers for those considering retirement communities are socialization and simplifying their lifestyle, according to Johansen.

Even if their house is paid off, people often want to downsize from a traditional home with more bedrooms and bathrooms than they need, she said. And they don’t want to have to deal with all the maintenance those dwellings often entail, not to mention going up and down stairs, she added.

But she says it’s important not to make decisions about such major life changes too quickly.

The retirement housing conversation can be a good time to start considering options for later when retirees aren’t as mobile and may need additional care. In the case of a surviving spouse, Johansen recommends taking three to six months to let your emotions settle and figure out what you want to prioritize for the rest of your life, Johansen said.

“Really identify what those key priorities are,” she says.

Some communities are organized around specific interests such as golf or art, or they may cater to a specific ethnic group, she said. Some retirees have children in multiple cities, so deciding on location is also an important factor, she said.

With all the services retirement communities can offer, some can get pricey. However, some may offer surprisingly good value and might actually be better economic alternatives when compared to regular apartments in certain high-rent markets in major metropolitan areas. That’s a good thing, as these are mostly private pay facilities.

Many retirement communities are made up of individually owned homes or condominiums on sprawling properties outside of major metropolitan areas. Others, however, allow retirees to pay rent through the sale of a home, retirement plans, and investment proceeds, Johansen says. Rental costs can range from less than $2,000 a month for more basic senior living up to around $9,000 a month for exclusive retirement communities on golf courses with top-shelf cuisine.

In addition to touring lots of communities, Johansen recommends visiting during mealtimes to not only sample the food, but also see the population together and explore whether the vibe feels right.

And for those who have found their social circle shrinking as they age, retirement communities can make it easier to start making friends again.

“Senior living brings people back together,” Johansen said. “It really does foster those relationships.”