More than Sun and Golf: Key Factors for Choosing a Retirement Location

Where to retire is one of the most important decisions a person can make. How to decide? 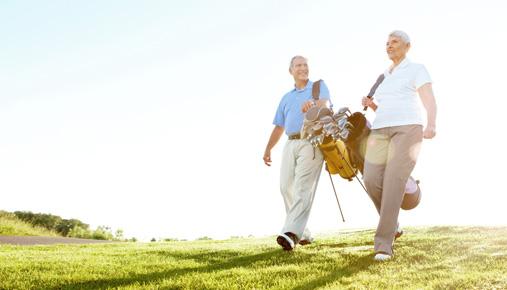 Choosing where to retire is one of the most important decisions a person can make, and abundant sunshine and access to golf courses are just a couple of the many considerations to be pondered carefully.

A myriad of other factors come into play as more and more baby boomers transition into their golden years. For starters, is a given place affordable?

“Living costs and health care outweigh all other considerations when baby boomers select a home location,” according to PulteGroup (PHM), one of the largest U.S. homebuilders and parent company of the Del Webb group of retirement communities. “Community and climate are also common factors.”

The Usual (and Not So Usual) Suspects

So where to start? There are no shortages of “top U.S. places to retire” rankings, or places to retire, for that matter. Arizona and Florida remain popular destinations, but recent years have seen several under-the-radar locations emerging. For example, Bethlehem, PA; Fargo, ND; and Maryville, TN, showed up on a list of top retirement cities compiled earlier this year by Forbes and AARP.

Here are some key factors and trends to consider as you choose a retirement destination.

Housing and Other Costs of Living

Based on an “affordability” index compiled in 2016 by WalletHub, which factored in taxes and costs of home services, the five most affordable cities to retire are Laredo and Brownsville, TX; Tampa and St. Petersburg, FL; and Memphis, TN.

PulteGroup’s recent survey of people 55 and older showed that 82% of baby boomers indicated that cost of living is “extremely or very important” when deciding where to purchase their next home.

Is There a Doctor in the Neighborhood?

The ability to get to a hospital or see a doctor ranks highly for many people, for obvious reasons. In PulteGroup’s survey, 72% of baby boomers said access to health care is “extremely or very important” when deciding where to purchase their next home.

On this count, northern cities fared far better than their southern counterparts, according to WalletHub. The top five (based on number of family and general physicians per 10,000 residents and other factors): Sioux Falls, SD; Minneapolis, MN; Overland Park, KS; Madison, WI; and San Jose, CA.

The highest ranking city in Arizona or Florida was Orlando, at number 11; Scottsdale, AZ, was number 17.

Weather Is Like Porridge—Best When Not Too Cold or Hot

Half of the baby boomers PulteGroup surveyed said a “better/warmer” climate is “extremely or very important” in their retirement home decisions. On this matter, two words: Go West.

Cities that are home to major universities have seen their popularity grow as retirement destinations in recent years, which experts say partly reflects greater cultural and learning opportunities (museums, libraries, college courses, and so on).

There’s also Ann Arbor, MI. “If you can handle the cold winters, leafy Ann Arbor offers parks, independent bookstores, and locally owned restaurants,” AARP reported in its magazine last year. “But the real draw is the University of Michigan, which provides people 65 and older with half-price tuition and annually hosts hundreds of free events, many featuring students and faculty.” Ann Arbor’s median home price is $313,300, according to AARP.

What to do with your time once you settle in? Hard-core anglers may want to consider San Diego, which ranked number one on WalletHub’s list of “most fishing facilities per capita,” followed by Virginia Beach, Miami, Tampa, and Honolulu.

Along with financial considerations, “It’s important to consider how walkable the area is. Driving gets hard with age, and walking encourages exercise,” said Geoffrey Sanzenbacher, research economist in the Center for Retirement Research at Boston College. The availability of people to socialize with is also important, he added.