Interest rates are going up. If you hold an annuity, or are considering one, it’s important to understand how these investments will be affected. 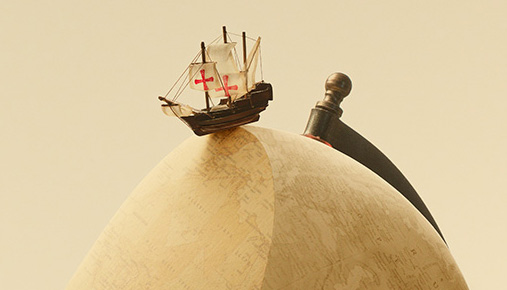 Interest rates are poised to increase in coming years. Best to sit tight or shop around? It depends on what type of annuity we’re talking about, and as always, near-term versus long-run goals.

As 2015 approaches, investors all over the world are bracing for what appears to be the first real chance in years that the Federal Reserve may hike benchmark interest rates. Sure, our friends at the Fed are fudging and feinting on the exact timing—that’s what they do—and they’re quick to note that their moves are dependent on economic data. Be that as it may, it’s important for investors to contemplate the impact of higher rates, especially for those tucking an annuity into a diversified retirement nest egg. Recall that you have to go back to June 2006 for the previous increase in the fed funds rate.

What would rising rates—or even the prospect of rising rates—mean for annuities? The answer depends on the type of annuity.

Some investors who already own fixed annuities may react to higher interest rates by surrendering their contracts. Calculate surrender penalties and other fees to determine if it’s worthwhile to try to lock in a higher rate with a new purchase. Similarly, investors eyeing a first annuities purchase might weigh prospects for climbing rates before they lock in; wait too long, of course, and you risk a potential rate direction change or lost principal value due to a market shift.

It’s true that some varieties may take a few lumps as rates rise, while for others, the impact would probably be negligible. We’ll get into the differences shortly, but first…

What Are Annuities, Anyway?

Annuities are where insurance and investing meet. In fact, insurance companies underwrite annuities, and although these are not FDIC-backed instruments, their stability is determined by the credit rating of the insurer.

With an annuity, you pay a premium which is the amount of principal you put into the annuity and you can collect a routine payment from that principal. It’s sort of like a paycheck in retirement. When you “annuitize” the contract the insurance company keeps the premium you paid and you receive monthly payments for a set time period, or for the rest of your life, and/or the life of your spouse—even if all those payments eventually exceed the principal contributed and interest earned.

Don’t forget, we’re talking generally here; each annuity’s features may vary. In return for that guarantee, you are surrendering the opportunity to invest the money elsewhere, such as in a pure stock portfolio whose upside (and downside) potential is essentially unlimited. Some annuities give you more liquidity and flexibility: they might let you make withdrawals of some or all of your investment before you annuitize, and for additional cost, some will even guarantee that you can keep withdrawing a fixed amount for the rest of your life, even if the cash value of the annuity drops to zero.

Managing rates and inflation are no easy feats for the Fed or the millions of investors watching the central banks every move. The debate over when to move and by how much intensified this year as the US. economy improved.

Following the Feds policy meeting in late October, the central bank said it planned to hold short-term rates near zero for a considerable time, reiterating previous statements. Based on those and other indicators, many economists believe the Fed will start hiking rates around the middle of 2015.

The Fed influences short-term borrowing through its funds rate, which in turn affects most other rateson credit cards, mortgages, and so on. Treasury yields and other market rates are also influenced by the Fed, as well as other factors, such as economic or political turmoil.

“Many people purchase annuities because they can offer tax deferral, principal protection, and guaranteed growth. But a key goal for many annuity owners is to help provide a steady stream of income in retirement to help cover not only your need to haves, but also your nice to haves.” says Matthew Sadowsky, Director of Annuities and Retirement at TD Ameritrade.

Importantly, a rising-rate climate is a good time to check up on your retirement nest egg. You might ask: “Why are rates rising?” Is it part and parcel with rising inflation? If so, it’s time to ask: “Can my nest egg withstand rising inflation? Do I feel confident that I will have enough cash flow in the future to cover rising expenses? Should I create an annuity ladder to lock in higher cash flows in the future? Should I purchase an annuity with a built-in cost of living adjustment?”

Not One Size Fits All

There are several types of annuities that carry varying degrees of risk, tax treatment, and age-related withdrawal rules. But generally, these fall into two categories: fixed and variable.

You might choose from fixed annuities with a stated payout rate, or variable annuities with a return based on the market performance of underlying funds composed of stocks, bonds, commodities, or some combination. There are also riders to purchase that can help “customize” an annuity, especially as life changes can sometimes wreck your plans to leave an annuity untouched. It’s usually best to weigh all the pros and cons with a TD Ameritrade Annuity Specialist.

Now, here’s where interest rates make their specific impact on some annuities.

A fixed annuity contract is defined by its set interest rate. They’re often called fixed deferred because annuitization is deferred for at least 12 months. Taxes are deferred until withdrawal or annuitization, and there is no regulatory limit on contributions. The interest rate is fixed for a pre-defined period. After that, the backing insurance company can increase, decrease or hold the interest rate on a yearly or multi-yearly basis, depending on market conditions, but rates usually won’t go below a guaranteed minimum.

One of the primary risks to this approach is the loss of investor spending power if the annuity’s interest rate drops below the rate of inflation. Although fixed income provides a safety net against some losses, it can also prohibit investors from purchasing products with higher yields. Note also that as with bonds or bond funds, rising rates can hurt (as rates for 10-year Treasury note or other fixed-income instruments rise, the price falls, and vice versa; see figure 1). 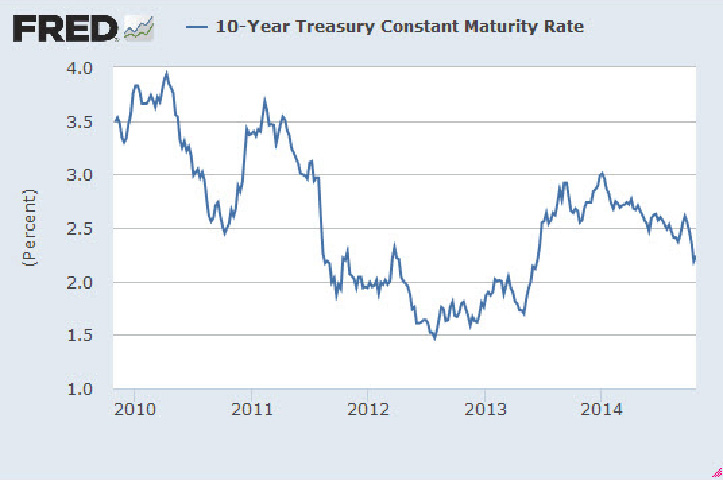 FIGURE 1: The yield on the 10-year Treasury note, a widely-followed benchmark for rates and inflation expectations, dropped to about 1.87% i mid-October, a 17-month low. While remaining under levels seen as recently as 2010-11, rates are expected to climb next year as the Fed dials back economic stimulus. Source: Federal Reserve's FRED database. For illustrative purposes only. Past performance does not guarantee future results.

As the name illustrates, variable annuities come with varying values. Premiums are put into various sub-accounts which are like mutual funds. That means the value of a variable annuity will vary depending on the performance of the investment options.

Similar to fixed annuities, variable annuities can grow tax-deferred, have no regulatory limit on contributions, and offer different income options during an income phase. Unlike fixed deferred annuities, the values of variable annuities are tied to performance of the underlying subaccounts, which include equity, fixed income, and alternative funds. The annuity’s value is impacted by interest rates to the extent that the interest rates impact the asset classes of the sub-accounts that the annuity owner chooses to invest in. Some variable annuities offer optional living benefit features (aka riders) that provide certain protections for payouts, withdrawals, or account values against the possibility of investment losses and/or unexpected longevity.

Bottom line: In a changing rate environment, few investments really allow you to set it and forget it. That goes for some annuities. It’s time to ask how rising rates and inflation could impact your retirement planning.

Riding Out the Retirement Red Zone with Fixed Index Annuities 5 min read It’s an Insurance Thing: A Fresh (or First) Look at Annuities 6 min read Investor’s Manual: What Is an Annuity? 1 min read

The information contained in this article is not intended to be investment advice, and is for educational purposes only. Clients must consider all relevant risk factors, including their own personal financial situations, before trading.

Investors should carefully consider a variable annuity’s risks, charges, limitations, and expenses, as well as the risks, charges, expenses, and investment objectives of the underlying investment options. This and other important information is provided in the product and underlying fund prospectuses. To obtain copies of the prospectuses, contact an annuity specialist at 800-347-7496 or email annuities@tdameritrade.com. Please read them carefully before investing.

An insurer’s financial strength rating represents an opinion by the issuing agency regarding the ability of an insurance company to meet its financial obligations to its policyholders and contract holders. A rating is an opinion of the rating agency only, and not a statement of fact or recommendation to purchase, sell, or hold any security, policy, or contract. These ratings do not imply approval of our products and do not reflect any indication of their performance. For more information about a particular rating or rating agency, please visit the website of the relevant agency.

The annuity products offered are issued by separate and unaffiliated third-party insurance carriers. TD Ameritrade and these companies are not responsible for each other’s policies or services.