Women may be more likely to face challenges later in life due to a number of factors. 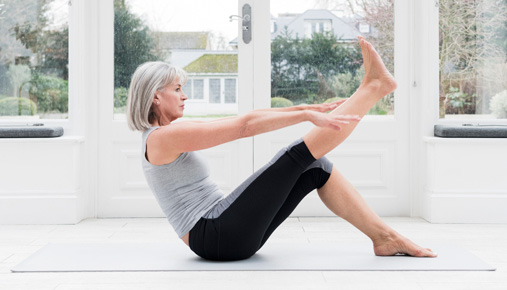 Women, take note: You will likely need to save more money for retirement than men.

Why? Study after study reveals a gender pay gap, a greater likelihood that women may take time out of the workforce to care for children and elderly relatives, and higher life expectancy can take a financial toll.

Men often earn more money than women. The infamous income gap has shrunk somewhat since 1979, according to the Census Bureau. In 1979, women made about $0.62 for every dollar men are paid. By 2015, the number had increased to about $0.83. But still, that gap can equal about $10,740 in annual earnings.

According to a research paper by the National Women’s Law Center, today’s wage gap would amount to $418,800 over a 40-year career for a woman working in a full-time, year-round position. The NWLC says a woman would need to work an additional 10 years to make up the difference.

In another tidbit, the gap is tighter for younger women than older ones—but the imbalance begins as soon as women enter the workforce. And other dynamics can make it widen over time.

Women in the 15- to 24-year-old range, working full-time, year-round jobs typically earn $0.91 for every dollar their male counterparts are paid. In the 45- to 65-year-old group, the average pay is $0.72 for women for every buck a man makes.

Women are more likely to have career interruptions. Women more often choose to take time out of their careers to raise children, care for elderly relatives, or seek more flexible jobs—even part-time jobs during certain life stages—with lower pay. In addition to lost wages, this can result in less experience.

Women live longer than men. In the U.S., the average lifespan is about 78.7 years, according to the National Center for Health Statistics. Women, on average, live 81 years, while men live 76 years. Among centenarians worldwide, there are nine women for every one man, according to Carnegie Mellon University.

But here’s the catch: A recent study by two Ph.Ds at the University of Alabama at Birmingham found that during those long lives, women tend to be sicker. “One of the most puzzling aspects of human sex-difference biology,” Steven Austad and Kathleen Fischer wrote in the June issue of Cell Metabolism, “something that has no known equivalent in other species, is that for all their robustness relative to men in terms of survival, women on average appear to be in poorer health than men through adult life.”

As a result, women may not only need more money to support longer years; they may also need proportionally more funds to cover their medical expenses.

What Does All This Mean?

When women make less, they have less to save and invest—or must do so at higher proportions of their income. There’s evidence that women tend to invest in lower-risk assets like cash and fixed income rather than the stock market, according to BlackRock. And because they’re generally more risk-averse investors than men, their returns may be lower over time, which could leave them with smaller nest eggs for retirement.

If women leave the workforce periodically or choose lower-paying positions for flexibility purposes, their workplace retirement accounts could be smaller, and their Social Security benefits may be lower as well. And longer lifespans can mean women’s retirement investments may need to cover more years—and potentially additional medical costs.

If the typical recommendation from financial planners is to stash away 10% to 15% of your annual paychecks for retirement, women may need to up that ante. Yes, that will take a big bite out of annual earnings, but it will be less painful during those later years.

Until then, financial planners may be encouraging women to recognize these challenges and include them in retirement plans. It can’t be said enough that compounded returns can be your friend, and the sooner you get that piggy bank and investment portfolio going and growing, the better off you could be when it comes to those stroll-the-beach days and rocking-chair nights.

TD Ameritrade and all third parties mentioned are separate and unaffiliated, and are not responsible for one another’s policies, services or opinions.