Inherited individual retirement accounts (IRA) are truly a gift. But they pose unique challenges for beneficiaries who must follow distribution and tax rules. 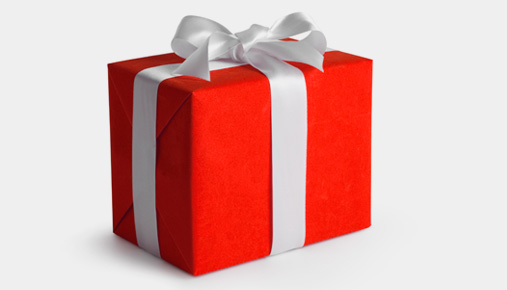 The intricacies of an inheritance get trickier when that gift from beyond includes an individual retirement account (IRA). That’s because IRAs often involve the IRS. Just how the recipient handles the inherited IRA depends on several factors, including whether the recipient is a spouse.

It’s probably best to loop in your financial advisor or tax professional from the get-go, but here are a few rules and considerations to start your education.

1.       Special treatment for spouses. Spouses can largely take over the account as if it’s their own. And if they don’t need the money right away, they can let it continue to potentially grow in the IRA until age 70 1/2. Spouses can also roll the IRA into their own accounts, taking over the decision-making and naming the beneficiaries they choose.

Avoid an oops: Remember that if a spouse elects to treat the account as his or her own, distributions tapped before age 59 1/2 could be subject to the 10% early withdrawal penalty.

2.       “Stretch” your payments. Nonspouse beneficiaries have to take the money out of the account eventually. If this is you, take some time to weigh your options, but know that there is a clock ticking. Recipients can choose to take distributions over their life expectancy, known as the stretch option, which leaves the funds in the IRA for as long as possible. So, within the law, stretch IRAs can shelter much of the funds from taxation while they grow. In the case of a Roth IRA, earnings accumulate tax-free. Otherwise, the recipient must liquidate the account entirely within five years of the original owner's death, subject to all applicable taxation and other fees.

Avoid an oops: If you want to avoid liquidation, and the whopping tax bill, make your intentions clear to your advisor and the IRS, and keep an eye on that calendar. “Stretch” requires the beneficiary to take required minimum distributions (RMDs) based on his or her life expectancy (the IRS has some worksheets and calculators). The first distribution must be taken by December 31 in the calendar year that follows the year of the decedent’s passing. But miss that date and the policy defaults back to the five-year rule, which requires distributions to begin by December 31 of the fifth year after the original owner’s death. Distributions from an inherited Roth IRA will be tax-free unless the account was established less than five years before—in which case the earnings may be subject to tax.

3.       Mind the details. It’s hard enough to deal with death. And then there’s the paperwork. Beneficiaries of a traditional IRA must figure out if the original owner had taken their RMD for the year they died (if that applies: above age 70 1/2 and non-Roth IRA). If it was January or February, you might assume the person had not gotten around to it. If the month of death was December and the IRA owner had not taken their RMD for that year, it’s possible that a grieving family may not remember until after the December 31 deadline has come and gone.

Avoid an oops: Tending to financial matters as soon as possible could help you avoid a missed-RMD penalty of 50%. It’s also wise to help family members keep up on the paperwork pre-death. Incomplete or ambiguous beneficiary forms can invite extra stress for those left behind. If there is no designated beneficiary, the account might just go to the larger estate, where the five-year rule automatically applies. If you’re planning to leave an IRA in a trust, it’s best to bring in an attorney as part of estate planning in order to make sure beneficiaries can have the full use of the IRA as intended. Don’t sign anything that’s confusing without expert help (and expert second opinion). As beneficiary, your choice will be irreversible or may require an expensive private-letter legal ruling.

4.       Get what’s coming to you. If the entire estate of the decedent was subject to the estate tax, inheritors of an IRA will get an income tax deduction for the estate taxes already paid on the account. Tax law for 2015 says that estates worth more than $5.43 million are subject to what’s come to be known as the “death tax.”

Avoid an oops: Know the IRS rule called "income in respect of a decedent." Your distribution is taxable income, yes, but it was already taxed when the government levied the federal estate tax.

5.       Undoing the inheritance? Even if we believe our departed loved one had the best intentions, it’s true that the beneficiary forms can be limiting. First, if there is no beneficiary named for an IRA, the recipient will be determined by the default policy laid out in the custodial agreement. But there can be other complications. For instance, what if a child is named beneficiary but a premature death means that a surviving spouse could use the money, like, right now? The challenge is that the family may not have as much authority in the decision-making as they’d hoped. A custodian might disperse the IRA based on other stipulations laid out in a will. And if there’s no will, state law (and it varies among the 50) establishes a ranking of inheritors. A financial advisor or attorney can help sort this out, but be prepared for the expense and time it may take.

Avoid an oops: Estate planning, including a will or living trust, and a double-check of all IRA documentation, goes a long way toward making your death as easy as possible on those left behind. Planning is the true gift of inheritance.

Transfer an IRA or roll over an old 401(k). Either way, TD Ameritrade can help keep your retirement accounts on track.

Talk to a knowledgeable representative about our special offer »

Putting Off Your Estate Planning? These 5 Tips Can Help 5 min read Have You Named Your Beneficiaries? It’s Easy, and Here’s Why You Should 4 min read As the Name Implies: Your Guide to Revocable vs. Irrevocable Trusts 5 min read