Debt: A Zombie of a Problem

The cost of debt with the physiological dangers and associated psychological shame weighs heavily among many Americans. Learn to create good debit habits. 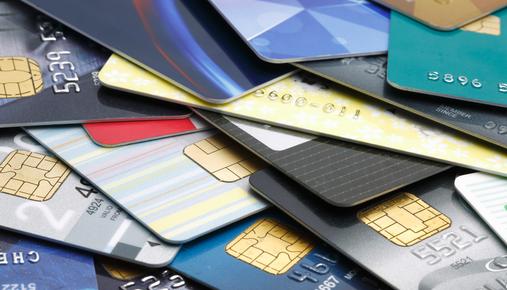 Debt is a crafty demon, and it has to be actively managed and kept at bay; otherwise, it will most certainly return and consume you over and over again. The cost of debt, the physiological dangers and the associated psychological shame exist regardless of gender, age, education or income level.

And although it’s an all-too-common problem, debt looks different for different generations. So what does consumer debt mean for people in various age groups? Let’s take a look:

Ahhh, Generation Debt. These are the young people most likely to have student loans and credit card debt. Debt can be a tool to help you reach your goals, like getting a degree or moving to a new city for a great job. If used wisely, debt can build credit history and result in credit scores that could support your future. But debt is also dangerous, because if you’re not making a return (say, earning more money because of your degree or building equity in a home), it’s going to cost you big. The good news for the postmillennial generation is that, according to the College Board, student borrowing has actually dropped for the fifth straight year, as the rate of tuition increases has also slowed.

Middle-aged consumers bear the highest debt burden, but Americans in their 40s are also entering their peak years of earning potential. They need to make the most of it. That means using additional income to pay down debt or, for those without debt, adding more to retirement accounts and other investment vehicles. It also means having important conversations with kids and aging parents about whether it’s fiscally responsible to help out financially from time to time or regularly. It’s estimated that one-fifth of Americans financially support an adult kid or care for aging parents, costing American family budgets $630 billion a year.

These are the ages when many people begin to plan in earnest for their retirement—identifying where they’ll live, how they’ll draw on their investments for income and whether they’ll work part time. This is also the age when financial commitments to family members, including adult children, should be evaluated if they’re cutting into debt repayment or retirement savings. And it’s at this age when people who are indebted may find themselves with an overall negative net worth. If debt is unmanageable, individuals in this age group may consider working longer or delaying retirement.

Whatever stage of life you find yourself in, debt can be a psychological beast. As you work toward your financial goals, be sure to keep these few things in mind to keep on the right path and stay motivated:

As a first step toward good debt habits, use free online calculators to figure out the real cost of your debt and determine the fastest and cheapest way to pay it down. And if getting started seems overwhelming, get help. You can also take advantage of free goal planning resources to make sure that reducing and eliminating debt is a key pillar of your financial plan. And once you’ve paid down some or all of your debt, check out how that money could be put to better use in reaching your long-term savings goals, including how it could support retirement income.

This article was originally published on The Huffington Post.

TD Ameritrade, Inc. and all third parties mentioned are separate and unafiliated and are not responsible for each other’s policies and services.