Millennial parents are vowing to cover the costs of their children’s educations, often at the expense of retirement and home ownership. 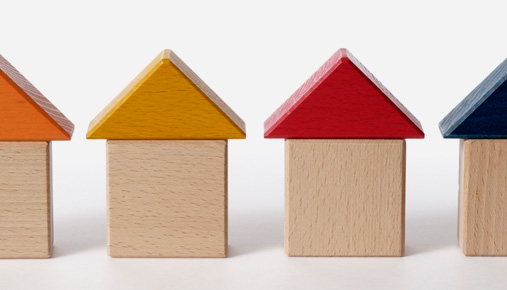 At the same time, millennial parents appear to be losing ground in the preparing-for-the-real-world department when compared to the previous generation.

That’s according to TD Ameritrade’s Parents and Grandparents College Savings Survey conducted late last year, which polled more than 2,000 millennial parents and grandparents. Some 90% of millennial parents, ages 19 to 37 years old, expect to pay at least some of their children’s higher education costs and are stashing away an average of $310 monthly. And 58% are “happy to help,” though 26% admit they feel “obligated” to do so.

What They Do for Their Kids

To afford those education costs, they say they will curtail their outside dining experiences, pull in the pocketbook strings for spending on themselves, or simply opt for a no-frills lifestyle to stock the piggy bank before Junior heads off to college.

What’s more, nearly half of the millennials surveyed will do all that while continuing to pay down their own college loans, which the survey found exceeded $9,100, on average. Nearly one-third of respondents expect to still be footing the bill on their own student loans at the same time they’re writing checks for their children’s college bills. Many of them are also sitting on other outstanding debt on credit cards and lines of credit of about $12,000. And, if needed, nearly one-third of millennial parents say they will work longer to cover those expenses.

“If you’re able to swing it, parents can, of course, sock away money in a college fund, or ask grandparents to contribute to future education needs, rather than the toy box,” Luber said. “Just be steadfast in your own financial goals. Parents are much closer to cracking open that retirement nest egg, and you want it to be as full as possible.”

But they may be getting help—from their parents, according to the survey. While 36% of millennials’ parents see squirreling away money for their retirement as their top priority, 60% said they have either squared the entire bill or paid a portion of their grandchildren’s educations. The wealthier they are, the more likely they were to cover the whole tab.

On average, those who do contribute put away about $205 a month, despite the fact that many of them have outstanding debt. One interesting finding: 15% of grandparents who were ages 50 to 70 years old have more than $1,200 in student debt, on average. 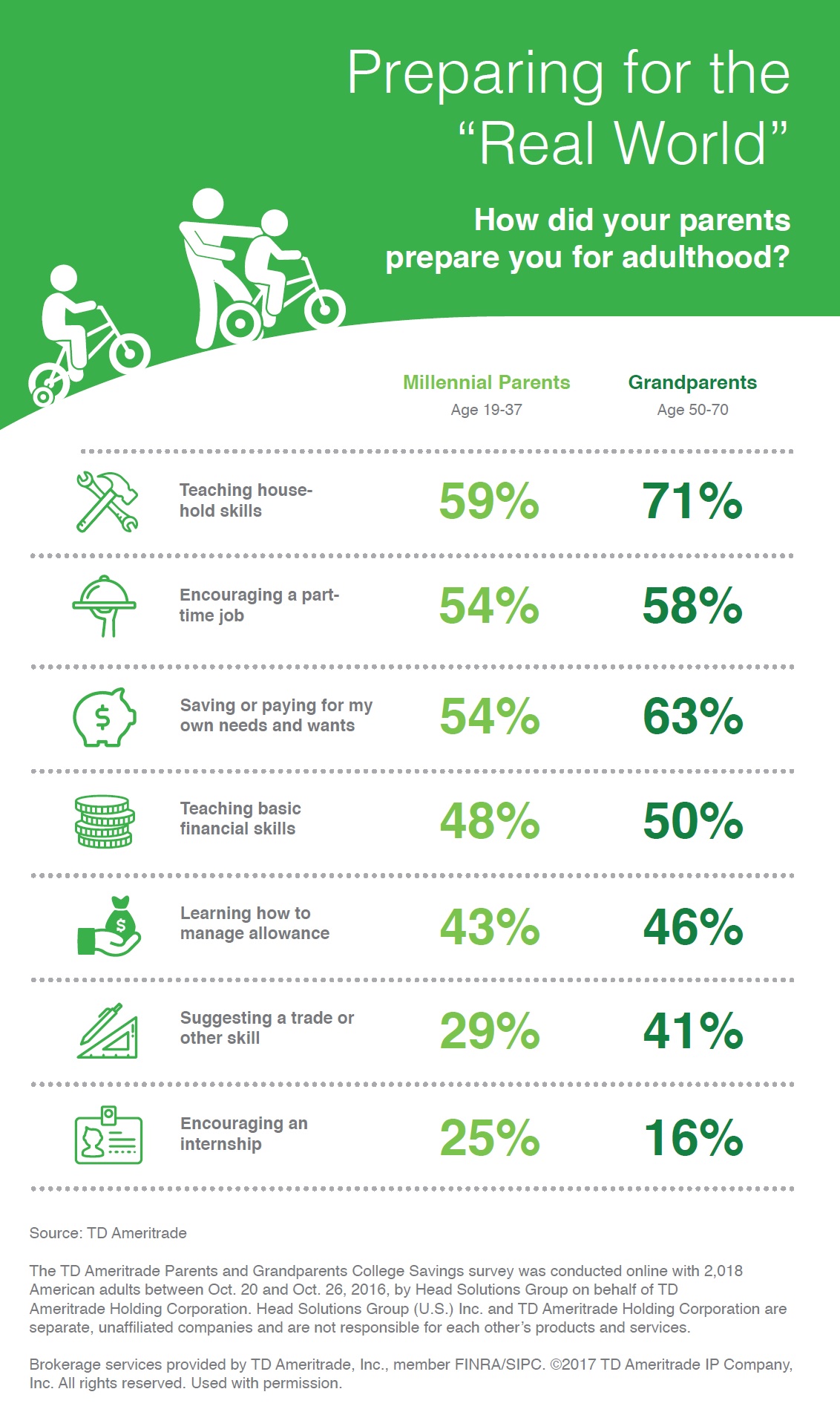 When it comes to parenting, it looks like millennials aren’t as thorough as their parents were in teaching their children about some basics of living in the real world, the survey found.

Some 71% of grandparents said they successfully taught their children household skills like cooking, doing laundry, or going grocery shopping, while 59% of millennial parents say they’re teaching kids these skills. On the money side, the two generations are closer in their success—or shortcomings—in teaching basic financial skills or learning how to manage their allowance. But 63% of grandparents said their children learned how to save enough to cover their own needs, compared with 54% of millennial parents.

And in what might be telling insights into the futures of the children of millennial parents, 29% of their parents suggest they look to a trade or another skill to fulfill their work lives, while 25% are encouraged to get an internship as a first step.