Investing in Your Home: Kitchen and Bath Remodels, Improvements

Kitchen or bath remodel - which is the more valuable home improvement? How might these upgrades affect your home's value? 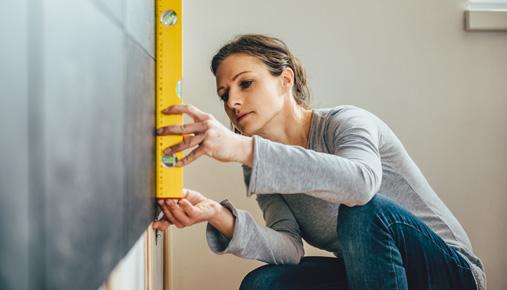 Thinking about remodeling your home? Join the club. And yep, it’s all about the kitchen and the bathroom.

In 2015, homeowners spent a record $340 billion on home improvements, maintenance, and repairs, according to a recent report from the Joint Center for Housing Studies at Harvard University.

Surveys from both the National Association of Realtors (NAR) and Remodeling magazine report that the top two areas people tend to remodel are the kitchen and the bathroom. But what do buyers want? You guessed it: a complete kitchen remodel is most appealing to those shopping for a new home, according to the 2017 Remodeling Impact Report. Buyers are looking for remodeled bathrooms, too. As far as projects that are most likely to bring the best value for a home, the NAR says a complete kitchen remodel takes the top spot, followed by a kitchen upgrade and then a bathroom remodel.

The return on investment for kitchen and bathroom remodels are pretty similar, as seen in the 2017 Cost vs. Value Report from Remodeling magazine. The report looks at the average cost for various home projects completed by professionals in 99 metropolitan areas, in addition to the average resale value one year after the work is done.

Both kitchen and bathroom remodels returned about 65% of their costs in resale one year later; however, the cost of a midrange bathroom remodel averaged about $18,500, versus a midrange major kitchen remodel, which averaged about $62,000. The best return on investment was a minor kitchen remodel, which saw an 80% resale value, with an average cost of $20,800, according to Remodeling magazine.

Brad Hunter, chief economist at HomeAdvisor, says when considering a kitchen remodel, ask yourself: what do you want from your kitchen and how you want it to look and function? Homeowners also need to consider if the upgrade is part of a plan to sell the home, or if they’ll continue to live there.

Hunter says extensive research by HomeAdvisor shows that kitchen and bathroom remodeling projects can add to a homeowner’s happiness in the home, particularly kitchen updates.

“In general, happiness with one’s lifestyle at home is increased when one is able to move beyond the ‘need-to-have’ house fixes and to the ‘nice-to-have’ discretionary upgrades,” Hunter says.

When considering the impact of a remodel, don’t just dream about how nice it will be to have new appliances or a walk-in shower. Think about how you’ll pay for it. Have you been saving for this goal for a few years? What assets will you tap? Will you take out a home equity loan? The answers may determine the project’s size. Remodeling comes at a significant cost. It may be worth working with a financial planner.

“Which brings up a key bit of advice: don’t wait until you are getting ready to sell your home; improve it while you are still there to enjoy the enhancements yourself,” he says.

2021 New Year’s Financial Resolutions for Your Portfolio 3 min read 6 Powerful Habits of the Wealthy 5 min read No Excuses: It Might Be Time to Set SMART Financial Goals 3 min read