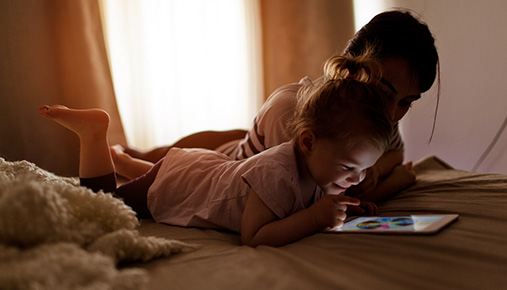 From singing them their ABCs to driving them to the SATs, parents do their best to set kids up for success. And while many moms and dads understand the importance of teaching things like reading and science, it's easy to overlook one important area: financial literacy. It might not be something they think about a lot, but it's important to note that parents are their kids' first, and often best, resource for learning about money.

A TD Ameritrade Generation Z and Money Survey shows that 51% of kids in Generation Z, the cohort born in 1995 or later, say they were taught financial lessons from their parents, and only 10% said they learned those types of lessons from a teacher or school course. Furthermore, just five states in the country scored an A on the 2015 National Report Card on State Efforts to Improve Financial Literacy in High Schools. That poor showing means parents who want to raise financially savvy kids need to lay the groundwork at home. Here's what they can do:

Finances might seem like a grownup topic, but parents do their children a disservice by putting off important money lessons until the teen or young adult years. Even before they can understand the numbers behind it all, parents should talk openly about money in front of them. Explain the basics of buying while at the grocery store. Introduce the idea of earning when questions come up about why mom and dad go to work. If you don't want to buy an expensive toy, explain why rather than just saying "no."

Along with the dollars and cents of it, parents are also helping to shape their kids' attitudes about money. When having those financial conversations openly, keep the discussions collaborative instead of combative. That means bringing your child into the conversation rather than lecturing and also avoiding arguing about money with your spouse. Just like any issue, disagreeing is fine, but if it escalates into something more negative, it can send kids the wrong message about money.

When it's feasible, bring kids into family money decisions and efforts. The level of involvement depends on their age and the scenario, but the key is not to shut them out. For example, if you're saving for a vacation or investing for college, let your kids know, and even give them the numbers breakdown if they're old enough to understand it. Then tie actions to these discussions.

As with any lesson, there's a better chance it will stick if they have some hands-on practice. This can be as simple as sitting down and prioritizing things you normally spend money on for them. Is the pool pass or Netflix subscription more important to them? Would they be willing to give up one or both for the next six months in exchange for more "fun" money to use during an upcoming vacation?

For larger goals like college, have them contribute a portion of their allowance, a change jar or their earnings. And be sure to show them their progress by sharing the account balance. This is also a good time to break down the importance of compound interest, long-term saving and foresight. The bottom line is to always be on the lookout for ways to bring them into your family finances. When you make it a habit to include them regularly, they'll start to develop a well-rounded understanding of finances.

Show how it affects their future

It's likely many of your financial goals apply to your kids. Share that with them. Letting them know that you're investing in their future education, for example, sets an expectation and helps them feel hopeful (an important success factor from a psychological standpoint). It's also empowering. By involving them, you're helping them contribute to their own future. Practicing that now will serve them well in adulthood. Some 18-year-olds who have had everything done for them won't suddenly be ready to take on more responsibility when they legally become grownups. It's all a process, and it's one that starts early and continues as long as they're willing to continue listening to your insights.

This article was originally published on TheStreet.

Commentary provided for educational purposes only.