Could Investing for the Future Make You Healthier Now?

Several studies have found an unexpected benefit to saving for the future – greater health and happiness today. 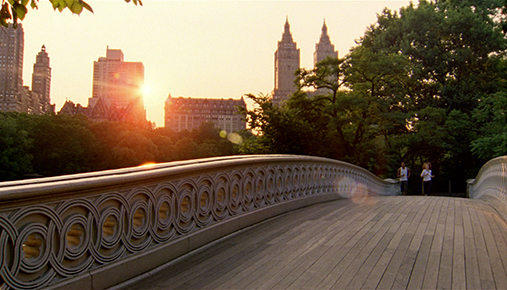 Alicia Hyatte didn’t think much about someday. Like many of us, she lived in the moment when it came to her finances, which meant never planning ahead for retirement.

But, four years ago at age 36, Hyatte and her husband decided to start a family. With a little one on the way, they were finally inspired to do what they had been putting off for years: create a financial plan. This meant paying down debt, cutting back spending and, most importantly, taking control of their investing.

Within a year, Hyatte had more than tripled her contributions to her retirement account.

To her surprise, not only did her overall levels of stress decline, but a range of physical and emotional benefits also started to kick in as she watched her account grow. She began to notice she felt more confident, clear headed and just plain happier.

“Making a positive change in one area of your life can have a ripple effect,” she says. The assurance she gained gave her the presence of mind to make other changes in her life as well. She started eating healthier, focusing more on strengthening her marriage, and as result, started sleeping better.

There’s a secret investors who are in control of their retirement planning discover:

Setting yourself up for financial success in the future can have a profound, positive impact today, not just in your golden years.

As humans, we’re hard-wired to act on the “pleasure principle,” focusing our minds on activities that yield instant gratification. Unfortunately, investing is typically associated with delayed gratification. It’s considered a long-term endeavor where the benefits aren’t experienced until the distant future.

However, Meir Statman, a professor of finance at Santa Clara University and an expert in behavioral finance, found that people who are actively investing feel a momentary boost every time they see their accounts grow, even though they know the tangible benefits may be years away. It gives them “an extra rush of happiness” says Statman.

His findings were supported by an experiment he conducted in which people were offered two options: take $100 today or get $200 in six months.

Happy people were more likely to take the $200 in the future, Statman found. “Savings increases your well-being and a better well-being makes you happy,” he says. “So you have a virtuous cycle there.”

These findings come at a time when many Americans worry they aren’t going to be prepared for retirement. According to an American Psychological Association report, an alarming 69% of Americans named money as a significant source of stress in their lives. In fact, more people named money as a stressor than work, family, relationships or even health concerns.

Sonya Britt, a professor at Kansas State University’s Institute of Personal Financial Planning, has explored the relationship between financial stress and well-being. Without a plan, she says, people don’t know how to reach their destination. This lack of direction causes stress, which has long been linked to things like heart disease, hypertension, headaches, seizures, depression and more.

Fortunately, these negative outcomes are reduced when people set financial goals, and begin to invest in their futures. Wes Moss, author of You Can Retire Sooner Than You Think has found stress levels decline dramatically as people get themselves on track.

Moss found as people get closer and closer to $500,000 in non-housing-related savings and investments, the better they feel. People continue to feel incrementally happier as they surpass the $500,000 mark, but it seems the most drastic benefits are experienced early on, as soon as they start seeing real progress.

As for the Hyattes, taking control of their spending and investments has provided much more than a safety net. As a result of sticking to their plan, they’ve been able to use some of the money they’ve accumulated to start their own business, Sunlight Naturals, a company that sells organic products.

“Investing has not only improved our quality of life but has given us choice,” she says. “We wouldn’t be able to do a lot of things we can do now. It’s been such a positive change.”

This article was originally posted on the New York Times March 17, 2015.

Where Are You in Planning for Retirement?

Whether you’re just starting out or evaluating your current plan, we can help you pursue your individual goals. For support and guidance, explore TD Ameritrade’s suite of resources, tools, and information.