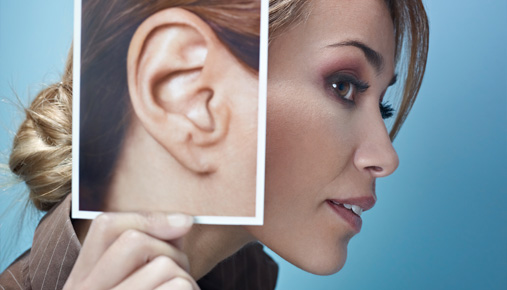 Rick Kahler, a financial therapist in Rapid City, SD, recalls the time a prospective client requested a new retirement planner, pronto. The broken relationship with his current professional was beyond repair, the man confessed.

”I’m writing out checks for $3,000 a month to my retirement plan, but I’m leaving the checks on my dresser,” the man said. “He yelled at me and told me I had to send the checks in.”

Kahler—sans yelling—told the prospect that he too would expect a client to turn good intentions into actual contributions. But Kahler took a step back and asked this fence-sitter: “What does the word ‘retirement’ mean to you?”

No financial planner had ever asked him that seemingly simple question. After he thought about it a bit, the man said, “It means you die.”

They clearly had some work to do.

Kahler’s deeper dive into this client’s thoughts and reactions are part of a fledgling field called financial therapy. According to early adopters, the discipline integrates cognitive, emotional, behavioral, relational, and economic aspects that influence financial well-being, and ultimately, quality of life. Financial therapy professionals understand the interpersonal and intrapersonal aspects of money and  believe they can use this knowledge to help clients achieve their financial goals.

Ready to Go There?

“Financial therapy confuses and scares people,” admits Kristy Archuleta, president of the five-year-old Financial Therapy Association (FTA). She is also a licensed family and marriage counselor, and an associate professor at Kansas State University. “Whatever your first reaction to the word ‘therapy’ is will be how you think about it. We’re integrating psychology to help people make better financial decisions and to change behavior.”

Archuleta is among a handful of founders of the FTA—including Rick Kahler, who also has therapy training—who argue that their hybrid discipline is a fast-growing specialization within financial planning. Kansas State, under Archuleta’s direction, has a one-year-old financial therapy graduate certification program for both therapy and financial-planning professionals.

There are others. For example, the for-profit Kinder Institute, whose founder George Kinder considers himself the “father of the life-planning movement,” has a registered life planner accreditation in client-centered financial planning and mindfulness-based financial coaching.

Financial therapy has its roots in emotional intelligence, behavioral therapy, and behavioral finance—a thought field that ties behavioral and cognitive psychological theory to the decisions made in finances or stock picking. Many begin with an ice-breaking “money script” that seeks to uncover the “why” behind squandering or hoarding money. Why do some people pay their bills on time, while others don’t? In general, what motivates folks when it comes to money?

“We know that our experiences and our family, how we were exposed to money, have an influence on how we handle money decisions,” Archuleta said. “If you reflect back upon your first money memory, how does that help shape your attitude? That’s very eye-opening to people to figure out how all of these different kind of imprints in my life have impacted how my money beliefs and my money attitudes have been shaped.”

Nothing could be more important than getting to the heart of your money script when it comes to retirement planning, no matter what age group you’re in. If you’re leaving checks on dressers or dipping into retirement accounts to cover credit cards and other debt, it means you need to take a harder look at uncovering the emotional baggage that might be bogging down your best money efforts and change that behavior, Kahler said.

The money script of Kahler’s “dresser” client was his unwitting emotional relationship with the notion of giving up work. It turns out that every male in his family who had formally retired died within two years. “I never thought about this,” Kahler recalled the man saying. “I don’t want to save for retirement because I don’t want to die. That makes perfect sense about why I haven’t been sending in the checks.”

Kahler replied: “I said, ‘You know what retirement could mean to you? It could mean that you get to do what you want when you want and with whom you want.’”

The man signed on with his new planner and before long was aggressively playing catch-up.

“A certificate (or designation) simply means you have a specialized area of knowledge,” Archuleta said. That means other degrees, qualifications, experience, and reputation matter.

“If people manage money more effectively, have a financial plan, and make better financial decisions, then the interpersonal and intrapersonal aspects around money may also improve,” Archuleta says. “I see it as a circular process that takes both soft and hard skills.”

Small actions can add up to big financial goals. Let’s get started. Call or email TD Ameritrade 24/7 or visit a branch.

8 Tips to Help You Automate and Streamline Your Finances 2 min read Healthy vs. Unhealthy Debt: A New Twist on the Good Debt/Bad Debt Argument 4 min read Financial Lessons Your Teen Can Learn from a Summer Job 2 min read