Estate-Planning Mistakes of the Famous We Can All Learn From

There’s a silver lining, however thin, in the untimely death of a celebrity. It sometimes allows a peek into dos and don’ts of estate planning. 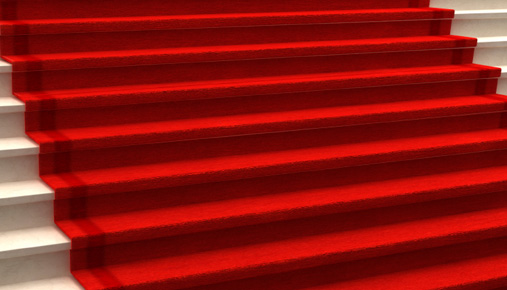 Death and taxes—they’re two of life’s certainties that put everyday Joes in the same boat as Oscar-wielding celebrities.

Where death and taxes meet lies estate planning, a sometimes uncomfortable but very beneficial course of action that can seal up the wishes of the decedent and soften the blow to loved ones. Estate planning includes wills, trusts, and other documents that cover tax-smart disbursement of investments, or instructions for unexpected extended care.

The good news is that for most families, it’s no longer taboo to talk about money and medical wishes. And one of the easiest ways to begin this lump-in-the-throat conversation is to take some cues from the high-profile lives and deaths of big-name celebrities, says attorney Herbert E. Nass, author of The 101 Biggest Estate Planning Mistakes. While fame and fortune may elude most of us (at least to Hollywood levels), the principles of solid estate planning are transferable.

Julia Vangorodska, a New York–based estate planning attorney, says the biggest downfall among the rich and famous (and most high-net-worth individuals) is the failure to maximize lifetime giving to limit exposure to the federal estate tax. But there are other missteps. Have a look at her short list.

1.      Actor Paul Walker was killed in a car crash in 2014 at age 40. News reports show that his father has filed paperwork to open Walker’s estate in probate court, letting the world know that the actor had about $25 million in assets. Walker had a will written in 2001, the same year that his movie The Fast and the Furious hit theaters as the first of a mega franchise that made him rich. LESSON: Walker recognized his need for a will at a relatively young age. Fast and smart. But Walker’s planning was not up to date, and he left a teenage daughter behind. Typically, estate-planning documents—wills and trusts—should be revised after major life changes such as a child’s birth, a significant change in the amount of money accumulated, and a marriage or divorce.

2.      It’s been well-publicized that the late, great Academy Award–winning Philip Seymour Hoffman felt pretty strongly about not turning his children into “trust-fund kids.” And so he had no trust, leaving everything to his children’s mom. Guess what he also left behind? A giant estate-tax bill. LESSON: Trusts don’t have to create trust-fund kids. Creative and experienced estate-planning attorneys can draft trusts to meet a variety of goals, including setting incentives before the trust kicks in.

3.      Dirty Dancing star Patrick Swayze has been gone some five years, but his financial affairs reportedly remain a contentious issue among family members. According to attorneys, some relatives believe Swayze’s will was forged when he was hospitalized 60 days before his death. Swayze’s will left his estate to his widow and nothing to his mom and siblings. The will is still being contested, although it remains valid because no formal lawsuit was ever filed. LESSON: Estates are administered according to timelines imposed by the state where the deceased resided. Anyone who believes there is a problem with an estate-planning document should talk to an experienced probate lawyer as soon as possible.

4.      It turns out that beloved television and movie icon Robin Williams took several well-advised steps to protect his family. Public documents show that the comic left behind several trusts to benefit his heirs, and to date, no probate estate has been filed. Concerns were raised after Williams’ death that he had been financially strapped, but the records show that the trusts have more than $20 million in equity. LESSON: After Williams died, it was announced that he had Parkinson’s and Lewy Body Dementia. Since Williams drafted his estate-planning documents years before he became sick, Williams’ family likely won’t have to worry about fighting over the validity of the documents due to the actor’s poor health.

Estate planning is often less than perfect. Simply starting the process, revisiting it with periodic updates, and engaging the help of legal and tax experts goes a long way toward easing the burden on loved ones—and that goes for celebs and mere mortals alike.

Have You Named Your Beneficiaries? It’s Easy, and Here’s Why You Should 4 min read Estate Planning Checklist and Tips That Aren't Just for the Wealthy 4 min read What Happens When You Inherit an IRA? Here’s a Breakdown 5 min read

Estate Planning Trust Will wills, trusts, and other documents

Attorney’s mentioned above are separate from and not affiliated with TD Ameritrade, which is not responsible for their opinions.