Dropping Out of College and Other Big-Buck Blunders

Need a do-over button on money decisions? A survey finds that dropping out of college, pricey weddings, and, yes, offspring are among the big-buck blunders. 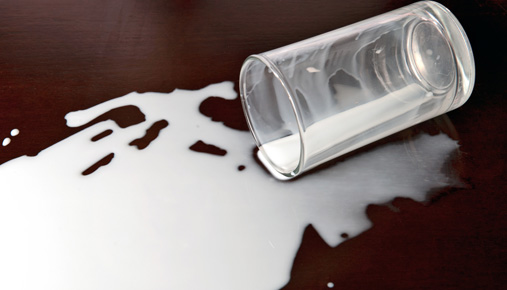 Love your kids, but consider them a big money mistake? Wow. And yet that’s what some 12% of surveyed Americans—equating to nearly 39 million—told researchers at Finder.com, a comparison site for credit cards and other financial products. Thankfully, there were other big-buck blunders that outranked having children. At the top? Dropping out of college.

Including dismissing that degree, here are the top four largest financial mishaps that a poll of nearly 2,000 Americans found, and a few ideas to help you avoid making the same mistakes.

Dropping Out of College

This was the most common answer respondents gave at 21%. Surely, the rising—and for some, prohibitive—costs of a getting a degree are at work here. Tuition, fees, and room and board expenses are at all-time highs at private, four-year nonprofit schools, averaging $43,921 in the 2015–16 school year, according to the College Board. Public, four-year, in-state schools are increasingly costly, too, at $19,548.

And there’s always that question of whether a pricey diploma is worth its weight in gold or just the paper it was printed on. But think about this: on average, college graduates earn $1 million more over their lifetimes than high school graduates, according to the Department of Education. Meanwhile, a Federal Reserve Board survey found that 16% of students who took on higher-ed debt but dropped out are delinquent on their loans.

There are plenty of ways to prepare for college costs with targeted savings and investments earmarked for college. Isn’t it better to pay ahead when you can versus graduating buried in debt?

A one-person money show is seldom a good idea for a number of reasons. And it was cited by 19% of the survey group as a big-buck blunder. First off, remember that happily-ever-after might not be forever. About 50% of all first marriages end in divorce, and 70% of second marriages are dissolved.

What’s more, women—who were more likely than men to list this as a money mistake—generally live longer than men and often find themselves having to deal with financial decisions alone, sometimes in the dark.

This doesn’t mean the respondents don’t love and adore their children. But many had not properly prepared for the gift that keeps on taking. Raising a kid from birth to age 18 can set a couple back some $245,340, according to the Department of Agriculture. And that doesn’t include higher education or what it might cost if (or when?) the little darlings move back in after college. Housing costs alone—and we’re talking just your child’s portion of the home cost—are estimated at 30% of the “child budget,” or $73,602.

Again, targeted savings and trying to balance income-generating pursuits with the joys and demands of parenting could help soften the blow of paying those bills, as could smart and consistent budgeting. As a society, Americans continue to look at ways that flexible workplaces and equalizing benefits between mothers and fathers can continue to open up options for families.

Spending Too Much on a Wedding

When did weddings become so expensive? And when did the Big Day trump, you know, marriage itself? It is a magical time, for sure. But there’s perhaps no worse wedding gift than saddling yourself and your new spouse with major debt before you say “I do.” Nine percent of respondents said this was a big money gaffe. The betrothed spend, on average, $31,213—and that’s not including the honeymoon, according to The Knot’s 2014 Real Weddings Study, the latest data available. But wedding planners easily report galas running upwards of $80,000 to $100,000.

How to cut corners without looking cheap? Stay away from the most popular months, which are June and October; pare down on the number of guests; cut the costs of wedding elements like cocktails, caterings, musicians, and cake. And maybe don’t get married in Manhattan, Long Island, or central New Jersey, which will ring up average wedding bills of $76,328, $55,327, and $53,986, respectively, according to The Knot.

We've Heard it All

Find a TD Ameritrade branch or pick up the phone »
Print