Virtual meetings have seen a significant surge in demand since shelter-in-place orders were implemented. We may get a look at how this helped companies Zoom and Slack as they prepare to announce Q1 earnings. 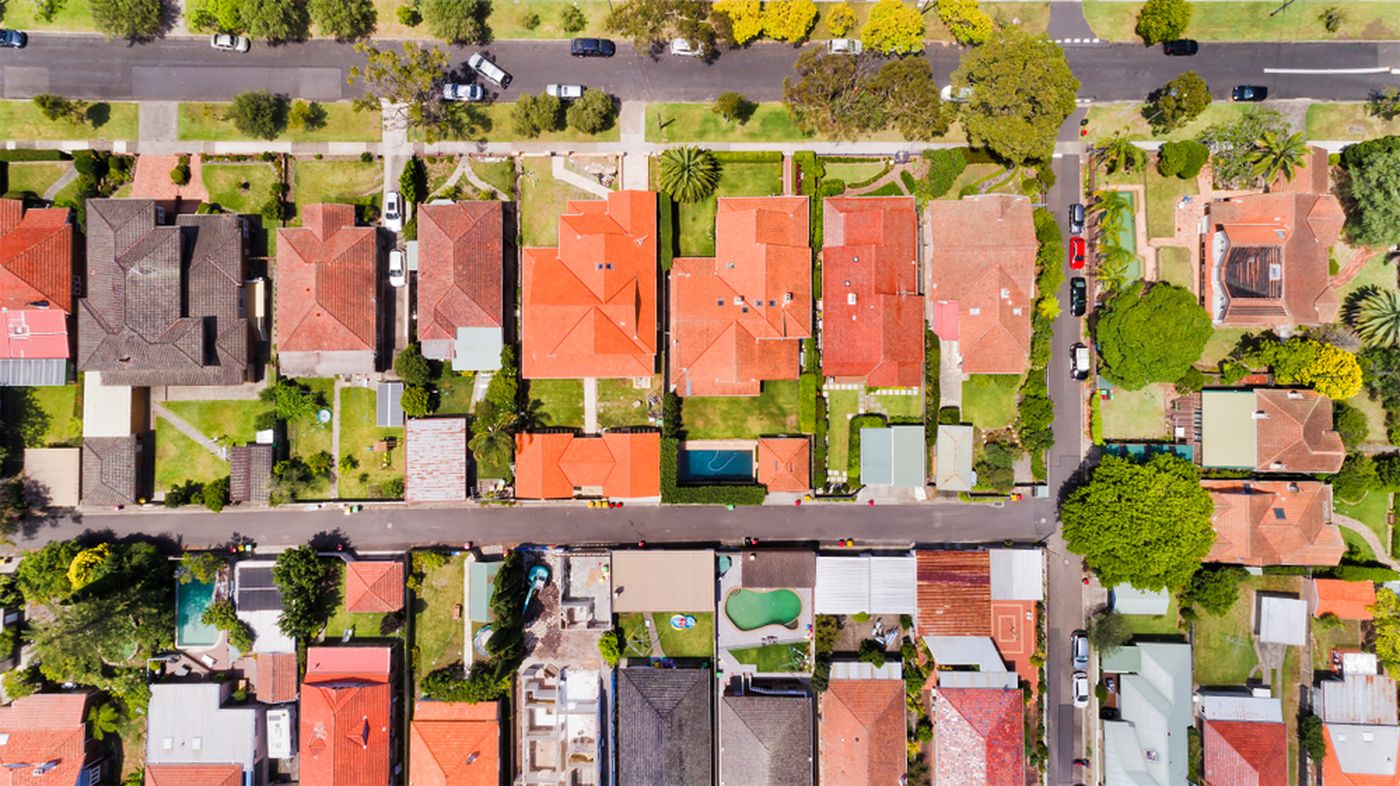 You’ve probably heard the saying that in every crisis lies a great opportunity.

For Zoom Video Communications (ZM), and Slack Technologies (WORK), opportunity seems to have come this year in the unlikely form of a global pandemic. This week, both report earnings.

The “Great Lockdown” may have decimated employment across most of the working world, but it also accelerated the groundwork for a new type of economic reality: Let’s call it the “stay-at-home” economy.

This new economy is all about virtualization—people working from home, educational institutions offering classes online, and fitness classes going online. And companies like ZM and WORK are arguably in a position to help power up the new virtual world and find themselves in the spotlight. ZM is a video conferencing platform designed for large meetings; up to 100 people can gather on the same screen.

WORK is a channel-based instant messaging platform that allows communications to be focused on specific projects or groups. It’s designed to replace the traditional and clunky system of group emails.

Both may have benefited immensely from the lockdown as people, businesses, and schools relied on their platforms to go about their day-to-day operations. We’ll find out more as ZM reports Q1 earnings Tuesday after the close and WORK reports Thursday after the close.

Something to think about as the world gradually reopens is if the heightened demand for virtualization will last. These companies’ platforms might end up as supplements to office-bound work, or they may actually redefine the future of the workspace. Investors might want to listen carefully to the companies’ respective earnings calls for the chance to learn more about how they plan to position themselves if the economy returns to normal.

There’s a debate right now about how much of the world stays in remote work once the pandemic fades. Some companies say they could continue to keep many employees at home, as they’ve seen the benefit of that during the lockdown. This could play to ZM and WORK’s advantage.

Slack and Zoom’s Performance to Date

Let’s take a few steps back and look at how both companies have done. Year to date, WORK advanced roughly 53%, while ZM staged an impressive rally of 144%. As the broader market tumbled during the COVID-19 plunge, WORK experienced a steep slide but sharply recovered. ZM had a slight pullback but generally bucked the overall trend.

Toward the end of March, both stocks were outperforming the S&P 500 Index (SPX). Since the selloff, ZM has gone on to hit record highs (see figure below).

FIGURE 1: ZOOMING ALONG. ZM has been playing off the strength of the stay-at-home economy during the pandemic. Since the coronavirus selloff, Zoom (ZM–candlestick) has outperformed the S&P 500 Index (SPX–purple line). Data source: Nasdaq, S&P Dow Jones Indices. Chart source: The thinkorswim® platform from TD Ameritrade. For illustrative purposes only. Past performance does not guarantee future results.

It’s reasonable for investors to speculate that WORK and ZM shares may have advanced on hopes that increased demand for their virtual communications platforms might boost Q1 earnings. Also, both companies topped (to varying degrees) analyst expectations during their Q4 reporting dates, which happened in mid-March amid the early weeks of the COVID-19 crash.

Both companies saw a surge in platform adoption in their respective fourth quarters for the fiscal quarters ended Jan. 31. Slack’s CEO Stewart Butterfield noted “exceptional growth at the high end” (of customers) in their final quarter of the old fiscal year. Zoom’s CFO Kelly Steckelberg mentioned that its “new customers account for approximately 59% of [the company’s] year-over-year growth in subscription revenue.”

One thing to keep in mind is that these results, which suggest a growth trend in product adoption, reflect what happened before the COVID-19 pandemic—in other words, before “shelter-at-home” orders were in place. The pandemic didn’t really hit the global economy beyond China until February, after the companies recorded their fiscal Q4 results.

The coming Q1 earnings—which reflect the months of February through April— may show how much each company grew once the stay-at-home economy kicked in; when “supplemental” platforms became an absolute need. But if the lockdown turns out to be a fundamental growth driver for Slack and Zoom, it’ll be interesting to see how sustainable that growth is once economies reopen.

Change Agent or Accelerant for the Virtual Workspace?

Sustainability of demand was something that was brought up frequently in Q4 conference calls for both companies.

Listening to the CEO responses, you might get a sense that they see the pandemic not so much as a “change agent” but as an “accelerant’’ to an existing trend. In other words, COVID-19 didn’t cause the stay-at-home economy, it just helped speed it up.

And if they’re right, it means that the remote workspace isn’t going away any time soon.

“I don’t think that’s temporary,” said Zoom CEO Eric Yuan, in response to an analyst’s question regarding the platform’s sustainability post-lockdown. Yuan noted several companies in Silicon Valley that “do not have a single physical office,” saying that virtual “video [conferencing] is the future of communication.”

Slack’s CEO, Stewart Butterfield, believes that platform adoption is benefitting from both a “short-term interest spike,” and a “longer-term shift,” describing the “lingering effects” of the pandemic. “Organizations who previously had been really resistant to distributed workforces are probably going to open up a little bit,” said Butterfield.

If the future they envision is in line with their projections, then we may likely get a glimpse of the outcome, maybe not necessarily in the coming quarter, but toward the end of each company’s fiscal year.

Despite Slack’s year over year revenue growth of 49% to $181.9 million in fiscal Q4, it had a net loss of four cents a share. Granted, Slack is a relative newcomer. And like many newcomers, the cost of services and expansion can often offset revenue.

That said, it may be important to view the company in light of the COVID-19 and post-COVID-19 worlds. Slack CEO Butterfield frequently called out Microsoft’s (MSFT) communication and collaboration platform Microsoft Teams as a direct rival during the last call. So, it’ll be interesting to see where customers go once the world emerges from its great pause.

In contrast, Zoom reported a net profit of $21.7 million last quarter from a revenue of $622.7 million, both topping analyst expectations. Its revenue growth stood at 78% year over year.

Looking forward, Zoom faces competition against rivals such as MSFT’s Teams and Cisco’s (CSCO) Webex. In late March, early April, some institutions discontinued Zoom adoption due to a few security missteps, prompting concerns that the company may not have the means to scale-up to meet demand. So far, that appears to be an isolated event.

A Blip, or a Paradigm Shift?

If the COVID-19 signals a paradigm shift in the idea of the workspace, then Slack and Zoom’s prospects moving forward may change quite quickly and drastically. There are a lot of competitors in the arena. However, if both companies can maintain the same momentum they gathered during the recent lockdown, then staying relevant in the remote workplace will be a matter of continual innovation, prudent decision making, and competitiveness.

Keep in mind, too, that shares of both companies fell immediately after their last earnings reports. Obviously, past performance doesn’t guarantee anything in the future. However, if investors find their guidance disappointing, the companies might get punished in the market. That’s what happened to WORK last time out.

The options market has priced in an expected share price move of 11% in either direction around the earnings release, according to the Market Maker Move™ indicator on the thinkorswim® platform.

Looking at the June 5 options expiration, call activity is heaviest at the 200 strike. Put activity sees more concentration at the 165 and 170 strikes. The implied volatility sits at the 69th percentile as of Monday morning.

The options market has priced in an expected share price move of 10.6% in either direction around the earnings release, according to the Market Maker Move indicator on the thinkorswim platform.

Looking at the June 5 options expiration, call activity is highest at the 37 and 40 strikes. Put activity is more scattered with concentrations at the 30 to 31.5 strikes.

Netflix Numbers Game Is on as Streaming Video Service Turns on Earnings 5 min read Extra Credit? Big Banks Line Up for Q2, With Focus on Provisions for Losses, CEO Outlooks 5 min read Retail Earnings Coming Up: Walmart Might Have Been a Sales Winner but at What Cost? 5 min read