Chief Market Strategist JJ Kinahan provides a 2017 year-end review of market activity, a look ahead to 2018, and some steps investors might want to consider. 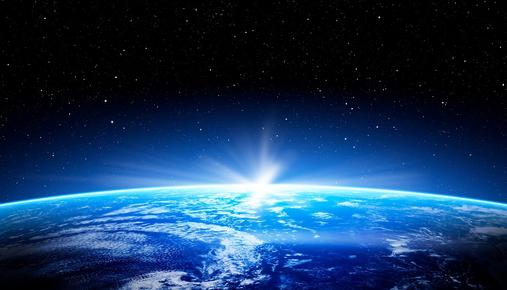 As always, it’s hard to say what a year will bring. Unexpected events will always come up and it’s uncertain how they are going to end up impacting different aspects of the markets.

With 2017 quickly coming to an end, it’s an opportunity to review what happened in the markets over the past year, and some of the factors that influenced trends.

It's also an opportunity to take some time to think about your investing and trading strategy going into 2018 to make sure that you feel prepared for the new year.

The Year in Review. In this video, JJ Kinahan looks back at some of the key stories and trends in market activity in 2017, as well as a look ahead to 2018 and some steps you might want to consider in the new year.

While no one knows for sure how 2018 is going to play out—2016 and 2017 were certainly full of surprises—there are some things that you may want to keep your eye on.

Considerations for The New Year

Learn to expect the unexpected. With that in mind, investing and trading is about controlling what you can and defining your own level of risk. And remember, you don’t have to be all in or all out.

If you’re a longer-term investor,  it might be a good idea to take some time to review your investing plan. If you have specific financial goals, are you on track to hit them? If not, what steps do you need to take to get there? If you’re thinking about rebalancing your portfolio, take the time to do some research and ask questions, either by talking to your advisor if you have one, or by reaching out to your broker’s service team.

For more active traders, now is a good time to look back on your year and keep an eye out for potential opportunities that might be coming up in both the short and long term. TD Ameritrade clients can access market calendars by logging into their accounts via the thinkorswim® platform or TDAmeritrade.com to keep an eye out for upcoming events.

And for those of you who aren’t investing, it’s never too late to get started, although you should probably consider starting slowly. It’s important to remember that investing is a marathon, not a sprint. Historically, the stock market has grown over longer periods of time, but bear markets and corrections are always a possibility. Take into account your timeframe and don’t invest money in riskier assets if you are going to need it in the short-term to cover important expenses.

Regardless of your experience level, there’s always an opportunity to keep learning. At TD Ameritrade, we have a wide variety of educational resources to help you do just that. If you haven’t had a chance, make sure to check out The TD Ameritrade Network*, which provides live programming that brings you the news and helps you interpret it. Also, I’ll continue to write the daily Market Update, which I hope you find helpful as a way to get a quick overview of what’s happening across markets.

Thanks for taking the time to check out the year-end review. I hope you’re looking forward to 2018  as much as I am. It’s a new year, and with that comes the opportunity to pursue whatever goals you have set.

The information is not intended to be investment advice or construed as a recommendation or endorsement of any particular investment or investment strategy, and is for illustrative purposes only.