Heading into October, there are several key economic events traders and investors may want to monitor. In addition to earnings, you have trade talks between U.S. and China, a possible interest rate cut, and political developments in Washington, D.C. 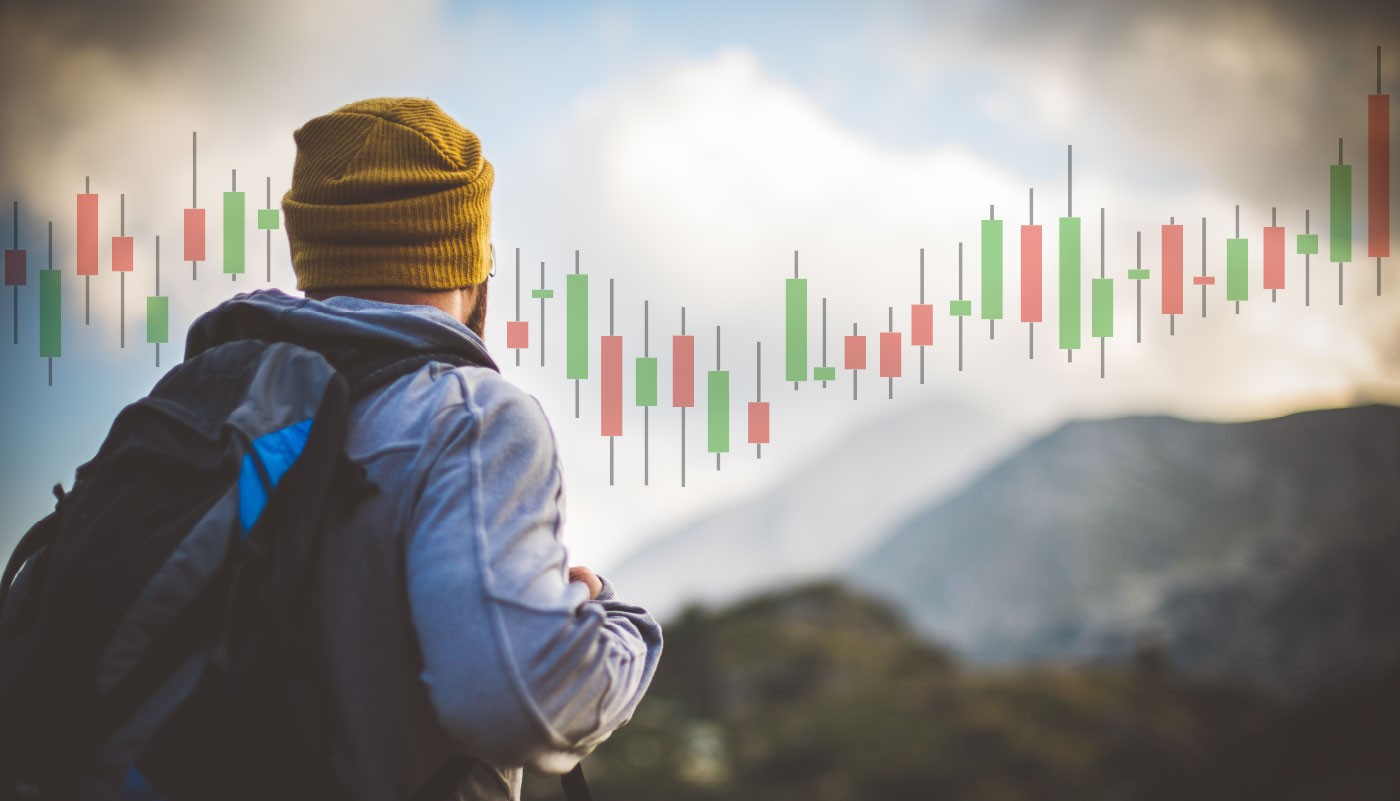 Sound like today’s headlines? Nope. Those were the headlines going into May 2019. If you remember, the bottom fell out a few days into that month when U.S./China talks imploded, sending trade-oriented stocks plummeting. The Nasdaq (COMP), burdened by weakness in the semiconductor sector, fell double-digits from its early-May highs by early June.

You could argue that the table is set in a very familiar way going into October, with optimism seeming to mount about possible progress in trade talks, stocks near all-time peaks, and the U.S. economy still hustling along despite signs of weakness in Europe and China. The impeachment drama, however, is one thing we didn’t have then, raising questions about how Washington, D.C., turmoil might play out in the market.

The impeachment process vs. President Trump that began on Sept. 24 threw a new curveball at investors. Even though impeachment doesn’t directly affect trade negotiations, it’s definitely a distraction. The question is whether it might weaken the U.S. negotiating position with China.

Aside from that, many things are similar to how they were going into May, and what’s the old saying? If you can’t learn from the past, you’re condemned to repeat it. Probably people are taking the hopes of trade progress with a healthy sense of skepticism so they don’t get bit again if things go south. Volatility, which fell in mid-September, crept up again late in the month. Sometimes that’s a sign of investor caution.

October has often been a rough month for stocks, historically, and we’ve had a pretty good year so far. That raises the question of whether some people might start unwinding stuff as the end of the year approaches, taking profits and going home. That’s a major concern going into the new month.

The S&P 500’s (SPX) failure to achieve new highs above the 3000 barrier in late September might reflect some of the recent investor caution. The market could have a tough time breaking through it unless there is some news other than they’re going to talk. At some point, the proof is going to have to be in the pudding. We don’t know that we’re necessarily going to see that, so investors are probably going to have to be careful about getting too excited.

Here are a few data and events to watch for in October.

Those trade talks, which for the moment look like they’ll begin in mid-October, definitely come front and center on the monthly calendar, though impeachment drama might start to overshadow things if it gets traction. That process tends to be a long one, however, and Congress is on break for a couple of weeks to start the month.

October brings far more than the next chapter in the trade battle and any new developments in the political turmoil settling over Washington, D.C. For the moment, let’s focus on two things that normally would be top news in October: Earnings and the Fed.

Earnings don’t get underway in earnest until the third week of the month, when some of the big banking firms start reporting. While we wait, analysts anticipate another quarter of slow growth following weakness in Q2. We’ll also be likely hearing in coming weeks from more companies putting out warnings about whether they can hit the numbers they or Wall Street previously expected. So consider watching for those potentially market-moving headlines.

For Q3, earnings across the S&P 500 are expected to fall 3.8%, according to research firm FactSet. If earnings do end up coming in negative, it will be the third-consecutive quarter of falling results, the first time that’s happened since a stretch from late-2015 through early-2016.

Companies are struggling to deal with slower economic growth both here and in other countries, the trade war with China, and tough comparisons with strong earnings gains a year ago. All these trends are likely to continue to play a role in Q3 results, whatever might be happening on the ground as Q4 advances.

The Financial sector could get earnings off to a mixed start, because there’s some stuff going on in the industry that could be bullish on one end and bearish on the other.

On the negative side, the yield curve—which plays a big role in determining profitability for the Financial sector—was under a lot of pressure in Q3. For a long time, the curve was actually inverted, with two-year Treasury yields above 10-year yields. That’s sometimes been associated with a slowing economy, and also partly reflects weakness in yields overseas. The situation reversed late in the quarter, but the yield curve remains relatively flat compared with historic trends.

The bright side for Financial firms, maybe, is that lower yields led to lower mortgage rates in Q3, and potentially more mortgage refinancing and home-buying activity. This could show up more in the results of the regional banks, which were in good position to benefit from the mortgage refinancing surge, according to Briefing.com.

A couple other sectors to watch early in the earnings season include Technology (which means semiconductor stocks in particular with their big business in China), and Industrial and Material firms. All of these sectors have heavy exposure to China and global trade in general. It might be interesting to get a look at what executives say on their calls about how the situation is affecting sales and corporate decision making.

They might also address the U.S. dollar, which remains relatively strong in part because of global money flowing into U.S. assets. This tends to make business overseas a bit more challenging for multinationals. The companies with the biggest percentage of sales overseas could see the worst earnings declines in Q3, FactSet predicted.

Yes, There’s Another Fed Meeting Ahead

It seems like we just finished one Fed meeting, but October brings another. Granted, it’s at the very end of the month, with a decision expected on Oct. 30. Still, it seems like it’s right on top of the last one.

The Fed is coming off of consecutive meetings when it lowered the benchmark fed funds rate by 25 basis points each time. That rate is now between 1.75% and 2%—the lowest in more than a year—as the Fed tries to keep the economic expansion going.

What’s really interesting going into the October meeting is the number of Federal Open Market Committee (FOMC) members who dissented in September when the Fed cut rates. You had two FOMC members who wanted to keep rates unchanged, and one who wanted a 50-basis point cut. This is the most dissension seen at the Fed since 2016, and it means Fed speakers should probably be watched closely going into the next meeting. They’re bound to be out and about in October, and from what they say we may get a sense of how the next decision is shaping up.

As of late September, odds were rising in the futures market for another cut. The chance of a 25-basis point rate drop in October recently stood at 53%, according to CME futures. That’s up pretty sharply from where it was right after the last FOMC meeting. That number is subject to change as October moves forward.

Fed Chair Jerome Powell said in September that rate policy will remain a “meeting by meeting” decision based on data and the risk picture. “We’re not on a pre-set course,” said Powell, admitting that this is a “challenging” time.

There’s some debate whether the Fed can even influence the economy all that much with rate cuts at this point. Some analysts (including some at the Fed itself), say companies appear unwilling to commit more investment until they have a better sense of the trade picture with China. Rates are already at historic lows. Still, the Fed might find itself under pressure to lower rates simply to keep U.S. rates from getting even more out of balance with the negative borrowing costs in Europe and Japan. Also, China has been applying stimulus to its economy.

Fed officials will likely be watching Treasury yields as the month rolls along. As of late September, the benchmark 10-year yield was back below 1.7% after rising to above 1.9% earlier in the month. A decline in that yield can sometimes signal investor worries about the economy.

Yields rose in mid-September as many investors appeared to be rolling out of some of their more cautious market positions, including in bonds and in “defensive” sectors like Utilities and Staples. More of the cyclical sectors like Energy and Financials got a boost mid-month as trade hopes improved. Whether this can carry into October remains to be seen.

Inflation Data Might Be What to Watch in October

What the Fed decides could also have something to do with jobs data for September, due Friday, Oct. 4. In August, job growth was on the light side at 130,000. Estimates among Wall Street analysts had been around 160,000. Some of the gains came from one-time government hires for the census, too. Generally, job growth has been much slower than a year ago, but it’s still at levels where economists believe low unemployment can be sustained.

Ultimately, October’s inflation readings might have more impact on the jobs picture in the long run. Producer prices have been rising a little more sharply lately, and that’s a trend investors might want to watch to see if it continued in September.

If wholesalers eventually have to pass along higher costs to consumers, that could put a pinch on the healthy consumer spending environment that’s helped contribute to the glowing jobs picture. If consumers stop spending as much because prices rise, companies might slow wage growth or start laying off employees. It’s a potential vicious cycle.

That’s why it’s also important to keep an eye on consumer inflation when the data come out, and on the wages aspect of the payrolls report. Wages have been rising 3% for much of the year on an annual basis, but if that starts to get squeezed, it could be a sign of trouble.