As June begins, focus may increasingly turn toward virus caseloads amid the tentative reopenings of all 50 U.S. states. Any sign of a major new wave of cases might be more market-moving than typical earnings and data. 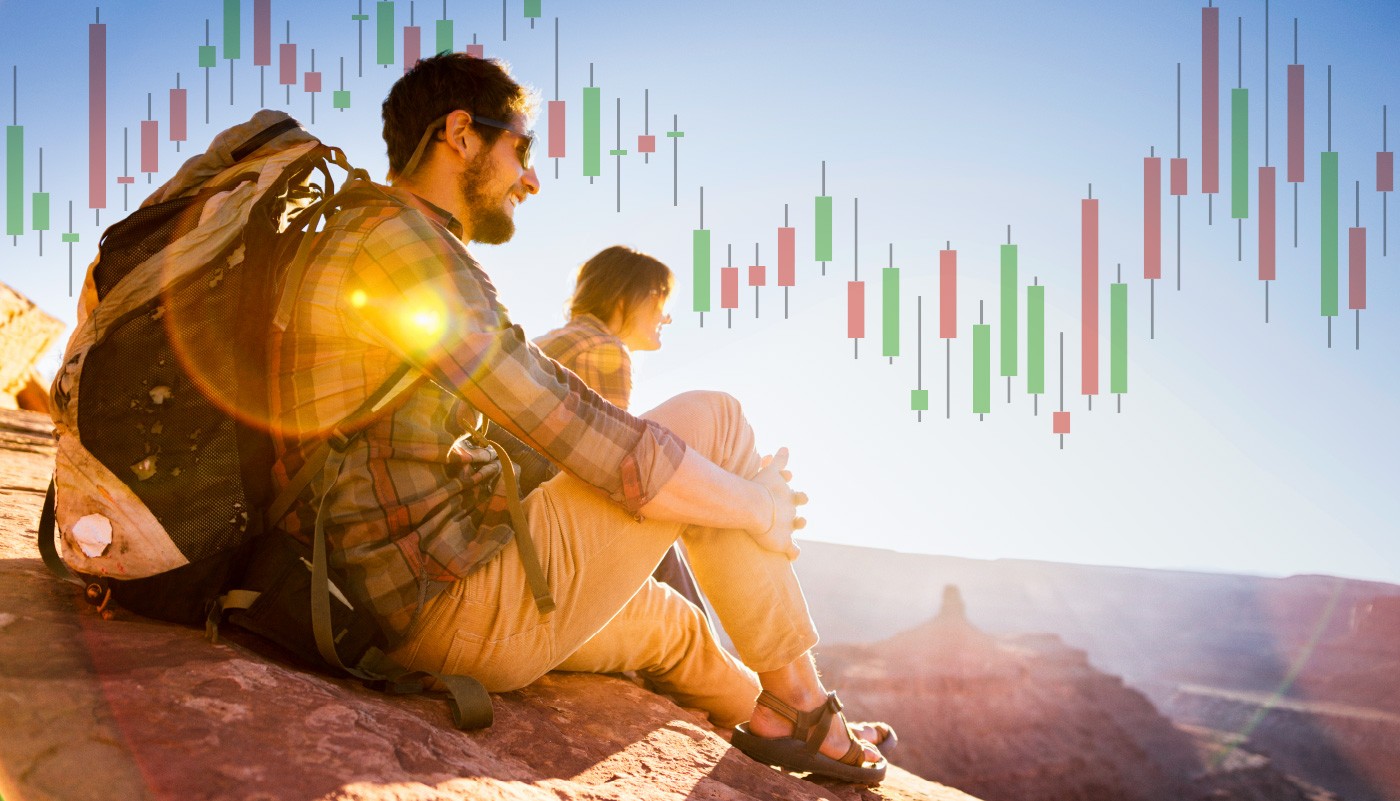 The stock rally accelerated in April and May amid reopening optimism even as the economy’s brakes slammed. June could help clarify whether the market anticipated things right or got a bit ahead of itself.

A big test for all the recent optimism looms as every state begins the month at least partly reopen. With the most drastic shutdowns over, how long will it take for people to feel comfortable going to a restaurant? What about flying on a plane? Getting a haircut? Economic recovery depends on these everyday decisions made by millions.

Judging from how things have gone thus far in May—when media reports indicated people were generally hesitant to do those things—it’s unclear how quickly life can get back to even a semblance of normalcy. Markets have come a long way on hope, but June could be where hope meets reality.

June could also tell us if the early reopening states started to see a spike in the number of coronavirus cases. With some states now three to four weeks into their reopenings, early June is possibly when new cases would begin to percolate if the virus spiked as more people got out and about.

Any sign of rising caseloads in states like Florida or Texas might get a fisheye from investors, who’ve been bidding up stocks in part on hopes that reopenings can occur without illness increasing. That’s probably why you’ve seen some airline and cruise stocks get a bid lately. However, if cases spike in early states, it could get people worried about governments closing doors to prevent more spread. That would be a big disappointment to the market and might generate some selling.

It’s also possible that once the numbers from early states get sifted, they might tell a more positive story. Whatever they end up showing, those data could be more important than any other numbers in determining how June plays out for stocks.

Another thing we could learn in June is whether fiscal assistance from Washington, which arguably has played a big role since February in propping up the economy, gets augmented or starts to dry up.

For example, the $670 billion Paycheck Protection Program expires June 30. This initiative from Congress has helped small and medium sized businesses muddle through. A bipartisan bill is in the works to extend it, The Wall Street Journal recently reported. However, if that effort breaks down, it might be bad news for small business owners and employees who’ve been depending on these funds. Ultimately that could have an impact on consumer demand, a potential problem for the market considering consumers are 70% of the economy.

As May wound down, the House passed another bill providing fiscal assistance, while the Senate appeared far from eager to follow suit. While this isn’t a political column, it’s possible investors might react unfavorably to Congress denying more aid to states.

Then there’s the worsening war of words between the U.S. and China. Does this accelerate next month, perhaps putting pressure on the high-flying Information Technology sector that’s helped lead the market back from its March lows? Long before coronavirus, the market took a big left hook from the trade war. The war quieted down but didn’t necessarily go away, and some analysts think it could get worse in the months leading up to November’s election. Consider keeping an eye on this in June and beyond.

Monetary policy comes into play June 9-10 when the Fed holds its next meeting. At that point, Fed officials might have to respond directly to questions about rates potentially going negative in the next few months, as the futures market began to indicate in May.

Speaking of the Fed, results from its annual stress tests of the major banks are expected to come out the last day of June. The Fed has already said it plans to conduct additional “sensitivity analyses” that reflect the ongoing turmoil caused by the virus, Reuters reported. In past years, banks that passed the stress tests typically celebrated by rewarding their shareholders with dividend increases or share buybacks. That seems very unlikely this year.

Those are just some of the external things the market might have to deal with in the weeks ahead. Internally, it’s also arguably a good idea to consider investors’ mood going in.

The booming rally that brought the S&P 500 Index (SPX) back more than 35% from its March lows by late May and raised the Nasdaq (COMP) above water for the year hasn’t been completely convincing. There remain a lot of “weak longs” who might be ready to jump overboard if the boat starts to leak. Data from some banks and market research firms show bearish sentiment remains strong in late May.

Though recent news about progress on a vaccine got an enthusiastic greeting, the market quickly gave up a lot of those gains a day later when a single news article featured some experts casting doubt on the vaccine’s potential. It’s a news-driven market, and any news story can send us down very quickly in a bad way, sometimes without rhyme or reason, due to shaky longs.

The pathogen still rules the roost, so to speak. The economy is in bad shape, and economic data have been horrible. This quarter’s gross domestic product (GDP) might show the worst performance since the Great Depression, according to many economists.

Meanwhile, new unemployment claims stayed above 2 million per week throughout May. That was down from the peak, but still probably means a terrible number on May payrolls report in early June.

To some extent, the market’s been able to rally despite these awful numbers because investors are looking more to the future than the past. However, if new claims keep mounting in June, it could contradict the narrative that reopenings automatically help the jobs market.

The June jobs number might get written off by some investors because it only looks at data from May that came in before reopenings really got traction. Some analysts argue that it’s the June data out in early July that could be more meaningful. Stay tuned.

Earnings season is long over by the time June begins. However, there might be a few scattered company results worth waiting for during the month. Some companies that are expected to report include Zoom (ZM), Broadcom (AVGO), lululemon (LULU), Oracle (ORCL), and Kroger (KR).

Generally, the “stay at home” stocks—including the big tech and comms companies of the world—performed very well in April and May. If travel and outdoor-related stocks do better in June, that might signal more optimism that normalcy could return.

Volatility eased pretty drastically in May, with the Cboe Volatility Index (VIX) sinking below 30 by late in the month after topping 80 at the height of the crisis. As VIX gave ground, crude oil prices steadily climbed, hitting nearly three-month highs in the mid-$30s per barrel by late May.

Crude prices are now higher than VIX—a pretty welcome situation if you’re a bullish investor (see figure 1 below). Higher crude can reflect increased demand for the commodity that arguably makes the world go around, while lower volatility indicates less concern about the market returning to the gut-churning ups and downs of March.

That’s a relationship worth watching as June continues. In fact, if you traveled somewhere without the internet or a phone for the next 30 days and then came back knowing nothing about what happened while you were away, a quick glance at VIX and crude could probably tell you a lot of what you need to know.

Another thing that could help you figure out how things went is the price of gold and the level of the 10-year Treasury yield. Both reflected plenty of investor caution by late May as gold hit five-week highs above $1,750 an ounce and the 10-year yield had a lot of trouble holding the incredibly low 0.7% level. There is a lot of optimism out there, but it’s a cautious kind of optimism, which is easy to see when you look at gold and yields.

As an Investor, Consider a Midyear Review

All this is a lot to absorb for long-term investors already reeling from the market’s huge plunge in March and sharp comeback after that. If you’re feeling confused, you’re far from alone. No one has any answers about what’s next.

The end of June marks the year’s midway point, and that’s a good time as an investor to dust off the plan you made at the end of last year and see if it still works in this new and unprecedented time.

It’s understandable if you feel like a deer in the headlights. It’s normal to freeze up when you face events beyond your control, but the challenge as a long-term investor is to approach your midyear checkup without letting fear get the best of you. It’s important not to trade out of emotions and also not to let uncertainty and overthinking throw you off your game.

Sticking to your goals and staying invested may seem more challenging in times like these, but they’re arguably more important than ever.