Walmart was one of the essential retailers that had a blockbuster year of sales and profits—and never-before expenses tied to COVID-19. But the retailer has warned that it doesn’t expect a repeat of that and Q1 results could be the first reading. 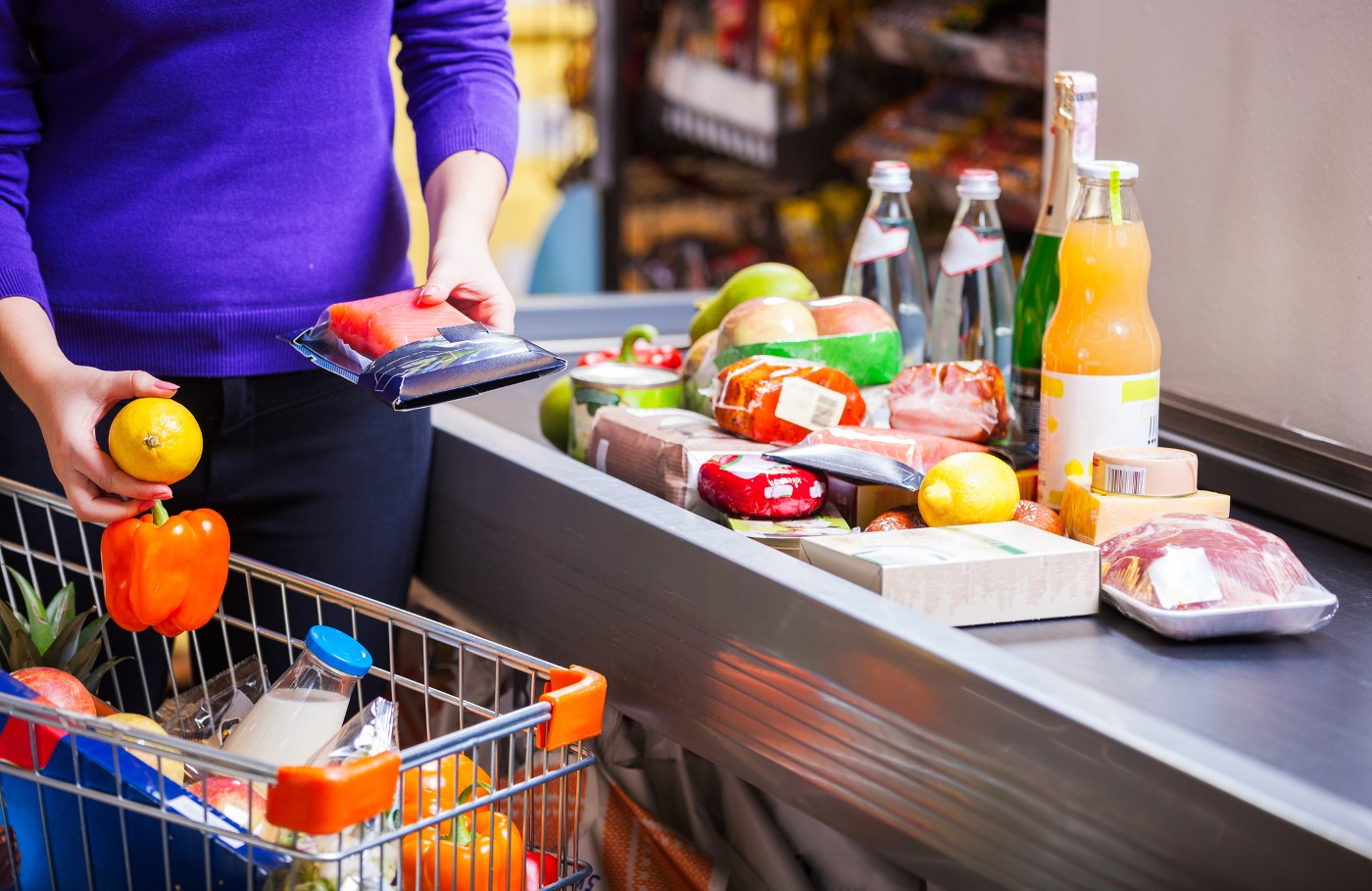 When Walmart (WMT) rang up record-breaking sales numbers but missed Wall Street’s expectations in the last quarter, it warned that the blockbuster results—for an essential retailer of its size—snagged during the pandemic would not be sustainable.

As one of the chosen big-box stores allowed to keep its doors open—when most of the country was ordered into lockdown last year—WMT churned out mega sales numbers as consumers flocked to Walmart and Sam’s Club stores, as well as its e-commerce platform. On the flip side, WMT also racked up big-time expenses mostly tied to labor, sanitation, fulfillment costs, and technology.

But the Bentonville, Arkansas-based company—still holding the mantle of world’s largest—said essentially that it was looking to take that consumer momentum and make hay while the sun was still shining and consumers had not yet fully ventured out to see it.

On the Q4 conference call back in February 2021, Chief Financial Officer Brett Biggs said the last fiscal year was “the most challenging and unique time we’ve all faced.”

“However, it’s also a time that presents great opportunities,” he added. “This is an important moment for Walmart and we are ready.”

Will WMT be as ready as Biggs and Chief Executive Doug McMillion rallied for on that last call? That’s something investors should probably listen for during the earnings call, scheduled for Tuesday, May 18 before the open. A 100-page WMT document shared with Recode, an independent media source, laid out some of the challenges WMT might face as it continues to battle the likes of Amazon (AMZN), Target (TGT), Albertsons (ACI), and a host of others. More on that later.

FIGURE 1: UNSTAPLED? Shares of retail giant Walmart (WMT—candlestick) stalled out in the first few months of 2021 after a robust 2020 rally. In that time, WMT has lagged the Consumer Staples sector (IXR—purple line). Data source: NYSE, S&P Dow Jones Indices. Chart source: The thinkorswim® platform. For illustrative purposes only. Past performance does not guarantee future results.

Back to the Past

A handful of analysts are expecting fiscal 2022 to be a “year of stagnation” or very modest growth. Actually, it could be more of a return to normal for the chain that, like many firms with billion-dollar sales in triple digits, doesn’t see growth go much beyond mid- to low-single digits each year.

In the fiscal Q4, WMT’s U.S. same-store sales logged a robust 8.6% gain—a tough hurdle for Q1 to top. Even with stimulus checks in hand, WMT shoppers weren’t expected to beat down the doors like they did a year ago, and the retailer believes comps will fall into more familiar single digits.

Biggs even said so during a February call with analysts and investors. “Even if conditions stay generally similar to now, for any length of time this year and with limited additional stimulus, we would expect continued solid underlying performance from Walmart U.S. with low single-digit comps and continued solid e-commerce sales growth.”

He also said to expect total company sales to tumble after sales from businesses WMT got out of were no longer counted—namely Walmart Argentina (which closed late last year), Asda in the U.K. (which it closed in February), and Seiyu in Japan (closed in March).

When Walmart releases Q1 earnings before the open Tuesday, May 18, it’s expected to report adjusted earnings of $1.21 per share, up from $1.18 in the year-ago quarter, according to 3rd-party consensus estimates. Revenue is expected to come in at $131.95 billion, about a half a percent lower than the year-ago results.

Options traders have priced in a 2.9% stock move in either direction around the coming earnings release, according to the Market Maker Move™ indicator on the thinkorswim® platform.

Looking at the May 21 options expiration, puts have seen a concentration at the 135 strike. More activity has been seen to the upside, particularly at the 145 and 150 strikes. Implied volatility was at the 21st percentile as of Monday morning.

As a result, Q1 operating income was expected to be “relatively flat” while earnings per share might edge slightly higher, Biggs said.

“Again, and I probably can’t stress this enough,” he added, “we are in a very unusual time, causing projections even in the short-term to be very challenging and open to significant fluctuation.”

What to Listen For …

Plenty of what the McMillion-Biggs team talked about in February was already in the pipeline or was being strongly hinted at and investors might want to know more about them. Here are a few things to consider listening for:

What might WMT say about food inflation? That’s a topic a handful of analysts bandied about in reports last week. Wells Fargo (WFC), using the Producer Price Index as its source, noted how food costs climbed for the third straight month in April, and sees WMT’s insight and direction as meaningful for the food service and retail industries overall.

The domino effect is in play here. WFC Analyst Edward Kelly said he sees “strengthening PPI as a net positive read-through for food distributors” who tend to see better profits per case during inflationary periods.

But for those who sell goods directly to consumers—grocers—it’s a bit more tricky. Grocers might simply pass the costs on to consumers or they might up the game against rivals by keeping prices in line to preserve market share at the cost of margin loss.

As Kelly notes: “Pass-through to consumers may be more difficult in an environment where players are fighting to retain share post-COVID and promotions normalize.”

Given the WMT memo’s worry about grocery shares, this could become even more weighty and is something Kelly and others say they, as well as WMT’s rivals, will be listening to for more color.

But the answer may already lie in another one of Biggs’ comments on the February call when asked about the impact of wages on operating profits: “In the U.S., there’s a lot changing in the P&L, and one of the things over the last several years is we’ve had gross margin that has decreased fairly significantly as we’ve invested in price and done other things.” Stay tuned.

WMT placed a stake in the membership arena with Walmart+ in September (though, let’s not forget WMT is no stranger to membership given that’s the business model for Sam’s Club) and has not yet seen the kind of growth in numbers analysts said they were hoping for.

Though it appeared the service—$98 for free delivery and other perks—was off to a good start, by late April analysts were seeing the numbers drop. Research by Cowen & Co.’s Oliver Chen found membership had likely slipped to 11.1 million households from 13 million in March. Chen and others wonder if the service has plateaued given the awareness rates have hovered in mid-50% range.

McMillon has said he’s more concerned, for now at least, with how members score the services than how many members are in it. “The number of memberships will work out, but let’s focus on quality as we start to scale it,” he said in February. Analysts will likely want to know if that’s still the focus.

Has Disney+ Saved the Entertainment Giant from Sinking? DIS Earnings on Tap 5 min read Waiting for a Ride: Uber, Lyft Report Earnings as Demand Returns Quicker Than Drivers 5 min read How Much More Online Shopping is Ahead? Amazon Prepares to Open the Books on Q1 5 min read