Dog Days: Halfway Through 2021, Wall Street in Waiting Game Ahead of Jobs Data

We seem to be getting into the dog days of summer as the first half wraps up today. The market has been inching up at a leisurely pace. There’s not a lot of selling interest, but buying has been tentative. The jobs report on Friday looms large. 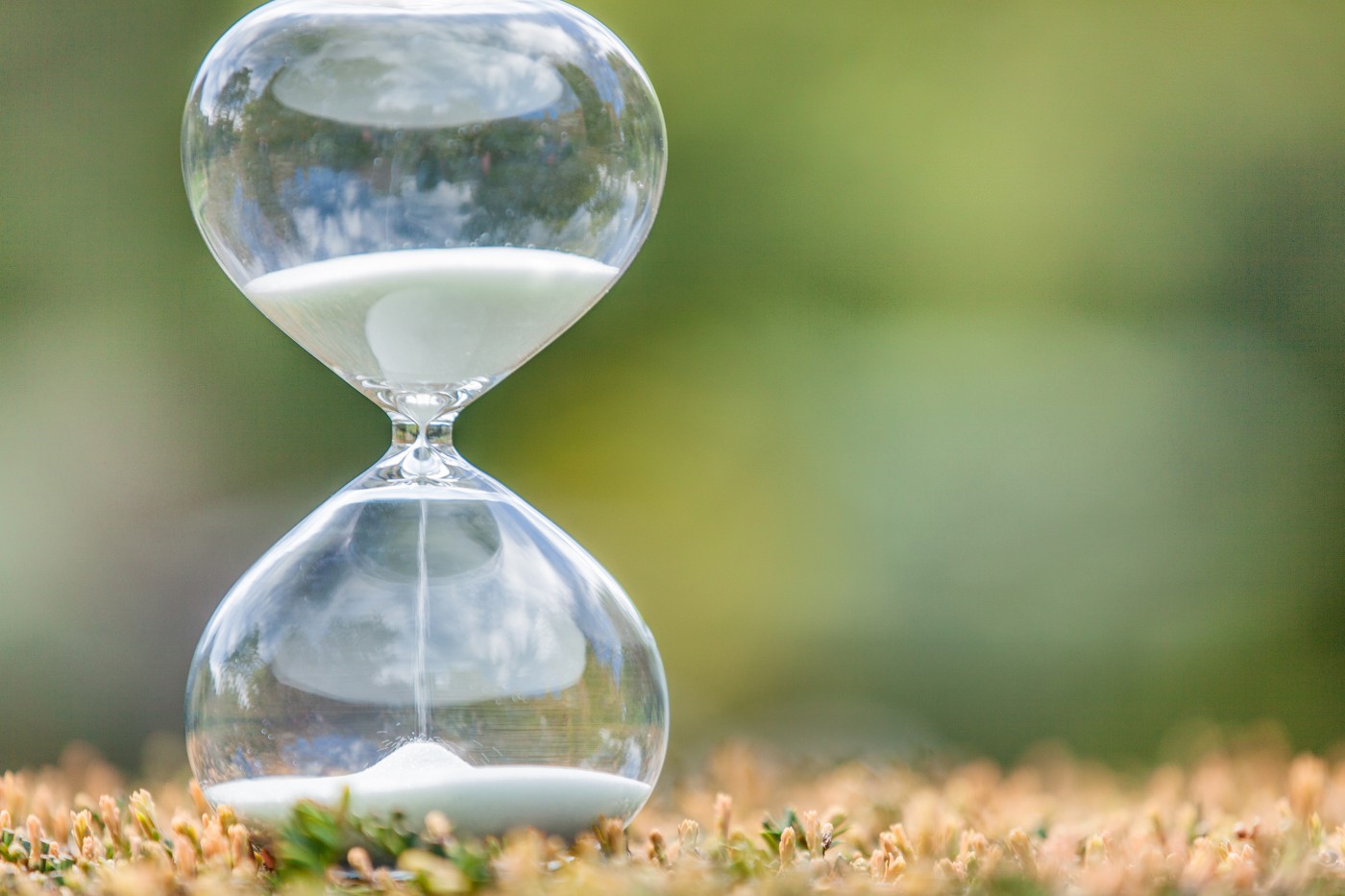 There’s also not a lot of action in the markets after a mixed performance overseas earlier Wednesday. We’re in wait and see mode ahead of Friday’s monthly payrolls report, so it wouldn’t be surprising if this is another day without much sense of direction. Also, there may be some hesitation and caution around as the world grapples with the Delta variant of Covid. Worries about that were apparently one factor pushing down European stocks today.

It feels like the dog days of summer. We’re taking a leisurely swim in the pool,making a little progress at a time. People might not be aggressive buyers with these tentative gains, but it doesn’t appear like there’s a lot of selling interest, either. Volatility is a tad higher this morning so we’ll see if that builds a little going into the jobs data.

The ADP jobs report out this morning showed private payrolls up 692,000 in June, with construction payrolls up nicely. That may bode well for Friday’s June payrolls report, because construction jobs growth was weak in May. Analysts expect Friday’s report to show job gains of 680,000, according to consensus from Briefing.com.

With the first half about to wrap up, the S&P 500 Index (SPX) is up about 14% year-to-date and on pace for its fifth-straight month and fifth-straight quarter of gains barring some sort of disaster. The Nasdaq 100 (NDX) is up just under 13% for the year, the Dow Jones Industrial Average ($DJI) is up 12%, and the Russell 2000 Index (RUT) of small-caps is out in the lead with nearly 17% gains for 2021.

Where will things stand when the second half ends? We’ll know when the whistle blows in six months.

It might take a few months to figure that out, because current inflation readings compare against a year ago when Covid had the economy on lockdown. It may not be until fall or winter when comparisons normalize and we can see where things really stand.

As this situation continues to play out, it feels like there’s not a lot of catalysts to move things one way or another. Even the good news this week—which so far includes a strong consumer confidence reading, banks raising dividends, and United (UAL) announcing a big purchase of Boeing (BA) jets—hasn’t been really impactful on prices in the market. The Financial sector actually gave up some ground Tuesday despite the dividend news. The exceptions there were Morgan Stanley (MS) and Goldman Sachs (GS).

As an investor, the old adage is, “You can’t fight the Fed.” Well, the banking sector definitely can’t fight the Fed when it comes to low interest rates weighing on profits. The 10-year yield continues to flirt with the 1.5% level, and that can make it very difficult for bank stocks to continue to increase. Remember, net-interest income is a big factor for the industry, which makes money in part by paying lower rates on short-term deposits than it earns from long-term loans. The yield curve has been flattening, with the closely-watched gap between the two-year and 10-year Treasury yields now just above 120 basis points.

Bank earnings season is around the corner after the holiday and we’ll discuss the industry landscape more specifically then. Until we get past the holiday, rates are probably going to be range-bound.

Stuck in the Mud Ahead of Payrolls Report

For that matter, it feels hard to believe major stock indices can break very far out of their ranges before the holiday, barring some sort of big surprise in Friday’s June payrolls report. We might see wider ranges in the market after July 4 when people get back and we get into more of a summer trading mode, but right now the fundamentals arguably aren’t pointing to a big break one way or the other.

One analyst noted yesterday on the TD Ameritrade Network,* our media affiliate, that there’s been some profit-taking in the “cyclical” sectors like Energy, Financials, and Industrials lately, but he hasn’t seen a corresponding increase in money allocated toward either “defensive” or “growth” sectors. That’s just one analyst, so you can’t make too much of it, but if that’s happening on a wide basis it could imply people are keeping their powder dry before making fresh investments.

There’s also been a slight move lately away from “reopening” stocks like airlines and hotels, but maybe that’s “transitory,” as the Fed might put it. Worries about the Delta variant of Covid could be playing into that trend.

All of this week builds toward the June payrolls report Friday. Wages are another key part of the report (see more below), along with the makeup of any new jobs. The service industry has been a leader in growth recently, but don’t be surprised if we see an uptick in education jobs over the next month or two as back-to-school time gets closer. Also keep an eye on construction, as mentioned above.

The one area of the stock market that’s stayed formidable so far this week is Tech, which rang up 0.7% gains on Tuesday. Another positive day in the semiconductor sector played into this thanks in part to some bullish analyst notes.

Apple (AAPL) and Microsoft (MSFT), with their $2 trillion market caps, also have had a wind at their back recently. AAPL’s rally, in particular, could be spilling into other parts of the Tech sector, including chips. If AAPL is having a good quarter, that could mean chips are having one too, considering how big a role they play in many of AAPL’s products.

On the subject of chip stocks, we get a sneak preview of the sector this afternoon when Micron (MU) is expected to report earnings. Analysts covering the company look for a strong showing, with chip prices and shipment growth likely to be in focus. The company beat analysts’ estimates last time out. In earnings news this morning, beer, wine, and spirit maker Constellation Brands (STZ) rose slightly in pre-market trading after beating Street estimates and raising guidance.

Small-cap stocks are having a rough week after the Russell 2000 (RUT) small-cap index completed its rebalancing last Friday. The rebalancing takes place over a month and is designed to make sure the index is truly representative of the markets it represents. The rebalancing of the RUT led to an increase in Health Care representation and a decrease in Consumer Discretionary.

With a rebalancing going on, the recent RUT weakness is a bit harder to read. Sometimes you get a quick pop higher or a selloff at times like these, but it can take the market weeks to adjust as people try to figure out how the reconstitution has affected the index. So maybe it’s a bit early to get too worried about the RUT’s recent softness.

CHART OF THE DAY: TRYING TO TELL US SOMETHING? Checking the last month of gold futures (/GC—candlestick) and the dollar index ($DXY—purple line), it feels like they’re continuing to anticipate a tightening of monetary conditions. Gold fell Tuesday to its lowest levels since mid-April, while the dollar index is at two-month highs. Data Sources: ICE, CME Group. Chart source: The thinkorswim® platform. For illustrative purposes only. Past performance does not guarantee future results.

Gold and Green: While it’s still a mystery where inflation ultimately goes and how the Fed moves, the U.S. dollar and the gold market are acting like they know a bit more than the rest of us. The dollar has remained firm since the Fed meeting earlier this month, with the dollar index rising above 92 on Tuesday and staying near its two-month highs. Gold moved the opposite direction, falling another 1% on Tuesday to around $1,761 an ounce. That’s the lowest it’s been since mid-April, before inflation worries really ticked up.

These are the kinds of moves in the dollar and gold you’d normally see in a more hawkish Fed environment. At the same time, however, stocks remain near all-time highs and the bond market continues to wobble. Meaning, in effect, the jury is still out.

Please Sir, Can I Have Some More? Some key questions when Friday’s monthly jobs report hits the tape on Friday include whether wages rose and by how much. Sometimes higher wages can be a canary in the coal mine for rising inflation. At times like these when job openings are at record highs and many companies can’t easily find workers, they may have to raise wages to attract new employees. Also, if prices of everyday products like gasoline and groceries go up, as they’ve been doing, many employees are likely to ask for a raise so they can afford what’s on the shelves. Worst-case scenario is a “wage-price spiral” where workers demanding higher wages cause companies to raise prices to help pay the wages, causing more people to ask for raises and prices to go up more. That’s something the Fed would probably like to avoid.

Average hourly wages rose 2% over the 12 months ending in May, which doesn’t sound like a lot. But it was a big gain from just a 0.4% annual jump in April. May average hourly earnings rose 0.7% month over month, a pretty decent jump historically. For June, analysts expect 0.4% month-over-month, according to Briefing.com. That’s not the kind of figure likely to spike inflationary fears in the markets, but keep an eye out for any possible surprises.

Claim Jumping: Though the biggest jobs report this week is Friday’s June payrolls, people are probably going to also be watching closely tomorrow when weekly initial jobless claims come out. This particular report has been a bit of drag on the markets lately, with claims jumping the last two weeks after months of improvement. The consensus for tomorrow’s headline reading is 400,000, according to Briefing.com, down from 411,000 the week before. The best readings post-Covid were below 400,000 earlier this month.

What’s interesting here is that even as jobless claims stall, there’s apparently movement in Washington on an infrastructure plan, which eventually has potential to create more jobs. For now, the government checks and summer childcare issues might be keeping people from going out and finding jobs, as mentioned above. Maybe once school gets back into session, that particular problem could solve itself.