Election results may be undecided, but volatility is lower ahead of the open. Traders seem to be moving back into Technology stocks. Bond yields, which were rising in the days leading to the election, plunged this morning. 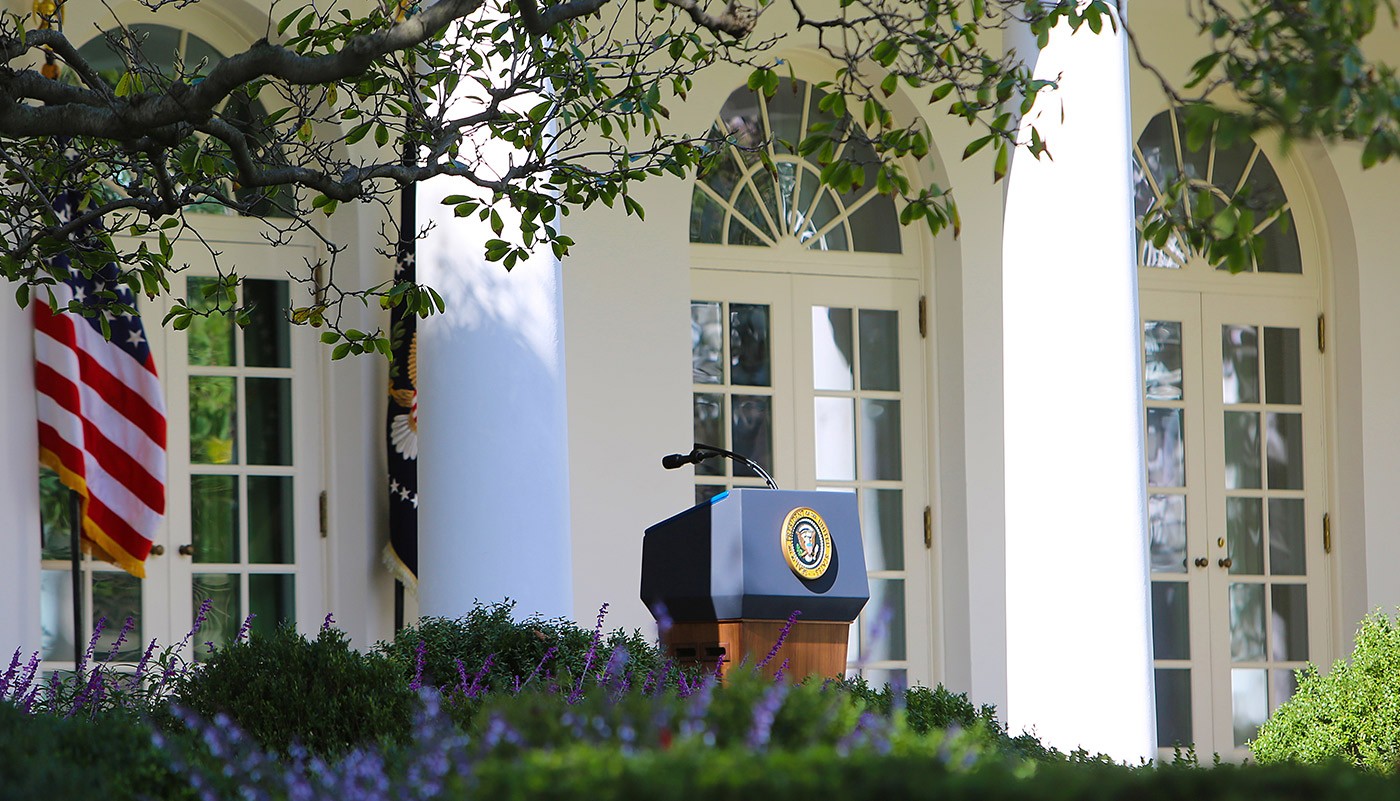 (Wednesday Market Open) Pour yourself a strong cup of coffee and brew a fresh pot. We’ve got a barnburner on our hands.

Much to the chagrin of anyone who had hoped the election would be decided early and Wall Street could simply move on, things just didn’t work out that way. So traders and investors settle in at our desks and in front of our televisions, cups of coffee nearby, and wait like the rest of the country for results to be tabulated from the remaining states.

If you want election analysis, this column isn’t the place to be. On a day like today, politics hog the spotlight and the market takes a backseat. Having said that, stocks are holding up relatively well. Volatility tracked lower in pre-market trading, and most major indices put on a little weight early Wednesday after some major swings overnight. Some early strength today could reflect ideas that with the likelihood of a split Congress, the threat of higher corporate taxes under a potential Biden administration might go down.

Tech has the most firmness, evident in a nearly 4% pre-market rise for Nasdaq 100 (NDX) futures after they tripped a circuit breaker overnight with a 3.5% rise that temporarily halted trading. “FAANG” stocks, or “mega-techs,” are where people tend to congregate when they want an umbrella. Also, chances of a split Congress could be mitigating some of the concerns people had about possible regulatory threats to the Tech industry under a Democratic Senate.

Apple (AAPL), Alphabet (GOOGL), Facebook (FB), Amazon (AMZN), and Microsoft (MSFT) are all up well over 3% in the early going as people flock to the biggest stocks around. While no place in the market promises stability, there’s a sense that these companies have generally done well this year in times of uncertainty.

When uncertainty goes up, bonds often do, too. That’s the case this morning, and it sent the 10-year yield down eight basis points to 0.8% after touching 0.9% yesterday. However, gold is lower.

With bonds up so much along with stocks and crude this morning, the relationships aren’t making a lot of sense. That means ultimately there could be a reckoning and something could change pretty significantly as the day continues and results trickle in. There’s a path to either candidate still winning, and this is far from over. Once it is, however, there’s almost definitely going to be some volatility.

Looking at some other stocks affected directly by the voting, Uber (UBER)and Lyft (LYFT) zipped higher in pre-market trading after California voters approved Proposition 22. That proposition would classify the companies’ drivers as contractors, not employees eligible for benefits and job protections. UBER recently traded up 12% and LYFT rose 16%.

What Should Investors Be Doing Now?

Market participants might be scratching their heads wondering how to approach this odd situation. Patience is key. There’s no reason to roll out of your positions or go crazy with any new ones. You don’t need to be a hero by jumping in when the political situation still needs sorting. It’s likely we’ll know a bit more as the day advances, but some political experts say the final results might not be announced until tomorrow.

You never want to make a trade out of fear or, to use an old expression, “irrational exuberance,” and both emotions are playing out in the market early today. Hopefully you’re confident enough in your trading or investing plan that you don’t need to make dramatic adjustments on the fly as news happens. No matter who wins, the sun will still come up tomorrow.

Before last night’s election drama, Tuesday saw another day of amazing gains on Wall Street. The  S&P 500 Index (SPX) and Nasdaq (COMP) both climbed nearly 2%. Once again, cyclical sectors like Industrials, Materials, and Financials led the way. Small-caps outperformed their larger cousins. This could be based on ideas that a fiscal stimulus—seen by many participants as more likely with the election out of the way—would give the domestic economy a boost. Small-caps generally enjoy more exposure to home cooking.

This week’s early rally could have been retracement of last week’s losses. It also might have reflected hopes for a stimulus, as well as just plain relief at the thought of putting Election Day behind us. Now it’s unclear how long that might take.

Week is Far From Over: Fed Meeting, Jobs Data Ahead

What we saw the last couple days before the election was apparently a bit of sector rotation. Note how Technology—which had led the charge most of the year on any market setbacks—kind of moved into the background as major indices turned around last week’s sharp losses. That’s arguably a sign that investors are getting more bullish about the broader economy.

While small-caps led the way Tuesday and Info Tech played follow-the-leader, there’s not much chance of things really going 180 degrees from a sector standpoint. The large-caps of the world have led us to where we are, so it would be hard to believe they wouldn’t be the primary beneficiaries in a continued rally.

It might feel like a full week is already under our belts, but there’s plenty more ahead. The biggest item is Friday’s jobs report, but there’s also a Fed meeting concluding tomorrow and a meeting of the Bank of England. The Fed’s last meeting reinforced ideas that it has no plans to raise rates for many years, so no action is expected on that front. Fed Chairman Jerome Powell’s press conference is always worth a look, however, because his words can and do move the market at times.

Powell might be asked to assess the election results and whether they have any impact on future policy. He also could be asked if the Fed has more policy moves up its sleeves if Congress and the White House can’t agree on fiscal stimulus. Powell and other Fed members haven’t exactly been keeping quiet about the need they see for that.

We’ve reached a point in earnings season where the volume remains high but the big kahunas are mostly done reporting. Today features some travel and consumer-oriented firms—including Hilton (HLT) and Expedia (EXPE)— that could provide color on how their customers are adjusting to the new wave of virus cases across the U.S. and Europe. Allstate (ALL) is also on the calendar.

CHART OF THE DAY: DOW COMPONENTS GO DIFFERENT WAYS: A few months ago, the average investor would probably have thought the high-performing stock in the chart above was Apple (AAPL) and the weak performer was Caterpillar (CAT). The surprise is that the high-flying candlestick is CAT over the last three months and the sluggish purple line is AAPL. At least for the moment, cyclicals have been winning some hearts on Wall Street amid ideas that maybe the economic tide could be turning. CAT fell and AAPL rose, however, as Wednesday morning dawned without an election verdict, however. Data sources: NYSE, Nasdaq. Chart source: The thinkorswim® platform from TD Ameritrade. For illustrative purposes only. Past performance does not guarantee future results.

Earnings Checkup: All the election excitement might distract some of us from what truly matters most for the market: Earnings results. No need to apologize if you took your eyes off the earnings ball early this week. There was good reason to. Here’s a chance to catch up.

Overall, things are in decent shape, with the caveat that obviously year-over-year earnings fell sharply for many companies due to COVID-19. Through last Friday, 64% of all S&P companies had reported Q3 results, and 86% of those beat Wall Street’s estimates, according to research firm FactSet. That easily beats the five-year average “beat rate” of 73%.

On average, companies are beating earnings estimates by more than 19%, which probably says as much about conservative analyst estimates than it does about how great companies are doing. Still, there are signs that stronger economic growth and reopening in Q3 came to the aid of many S&P 500 firms reporting. As of last Friday, average year-over-year earnings were down just 9.8% from a year ago, compared with pre-earnings season estimates for a worse than 20% decline.

Where the Strength Shows Up: Four sectors—Health Care, Consumer Staples, Information Technology, and Utilities—are now projected by FactSet to report actual earnings gains from a year ago. That’s not easy when you consider what they were up against. Also, the average S&P earnings loss is somewhat pulled down by projected Energy sector losses of more than 100%. Energy isn’t a huge component of the S&P 500 by market cap, but you’ve got to think that kind of plunge could have a pretty broad impact.

In the long run, elections and other geopolitical lightning strikes come and go. Earnings are there four times a year and ultimately have far more impact on the market. It’s easy to lose sight of that in a year like 2020, but hopefully things return to normalcy in 2021 and the market can trade more off of corporate fundamentals.

Ticker Trivia: This year on election day, U.S. gas prices were the lowest for an election day (either presidential or mid-term) since:

Politicians of all stripes talk about how we need to be united. Well, if there’s one thing that unites most Republicans and Democrats, it’s that they appreciate low gas prices. Though $2.20 is the average now, according to the Energy Information Administration, in many states a gallon can be pumped for well under $2, or in some cases even below $1.50, Gasbuddy.com reported. That’s well below $2.85 at the time of the 2018 midterm election and a hair below $2.30 this time in 2016.

Obviously, a lot of credit goes to the pandemic keeping people at home. This is terrible for the Energy sector, the year’s worst performer, but great for transport stocks (aside from airlines). The Dow Jones Transportation Average ($DJT) recently hit all-time highs. It’s also a possible tailwind for the stores planning big blitzes of online shopping this holiday season. It takes plenty of fuel to ship all those goods, so the cheap gas could help bottom lines for some online retailers.