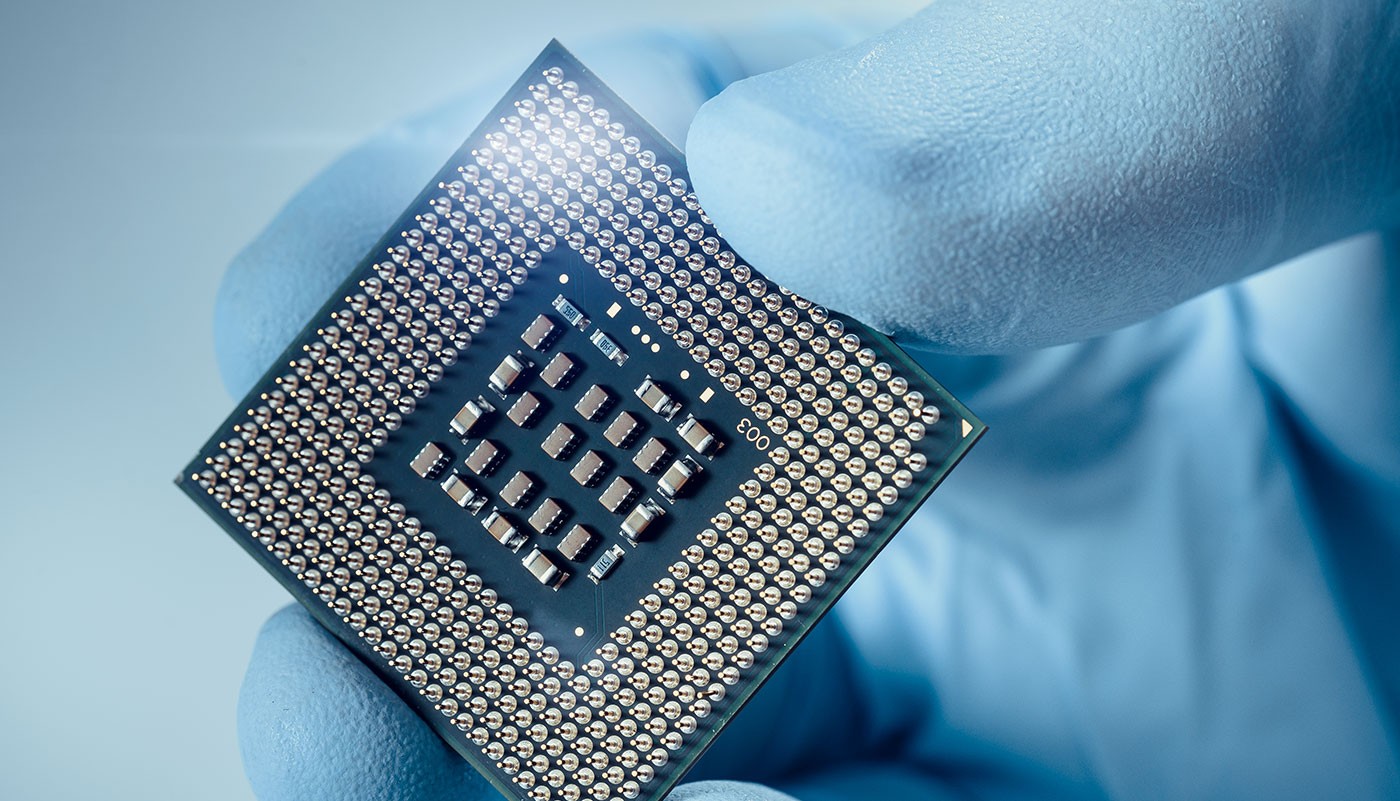 (Thursday Market Open) A solid start to the Technology earnings season finds itself competing with a virus this morning.

Fears around the coronavirus grew stronger as the number of cases rose and China shut down travel from a city of 11 million people. Asian markets got hit pretty good last night, with the market in Shanghai down nearly 3%. Now some of that negativity appears to be crossing the Pacific, judging from weakness in pre-market trading here in the U.S.

A little bit of a safety play seems to be going on, with bonds rising and the 10-year yield dropping to 1.73% this morning. Volatility rose slightly, with the Cboe Volatility Index (VIX) climbing above 13.

Further down, we’ll talk about some of the possible market implications if the virus gets worse. About 500 cases and 17 deaths have been reported so far. With Lunar New Year approaching, authorities are worried about a quick spread of the illness.

The virus threatened to tear attention away from Texas Instruments (TXN), the first major semiconductor firm to report this quarter. Both earnings and revenue beat Wall Street’s estimates, and the company’s forecast was where analysts expected. However, shares fell before the opening bell, losing about 1%. In a press release, the company said most of its markets “showed signs of stabilizing.” That said, overall revenue decreased 10% from a year earlier. Basically, the results looked fine.

Another possible drag today could be Procter & Gamble (PG), which reported earnings that topped analysts’ estimates but missed Wall Street’s sales projections. When you look deeper into the product mix, it looks like the company struggled with its baby care products even though beauty product sales were strong. Investors look like they’re going to punish any consumer product company that comes up short on sales in this period when consumers are so healthy, and PG shares fell 2% before the open.

Tesla (TSLA) kept climbing the ladder Wednesday, but so did one of the oldest names in the tech sector, IBM (IBM). Shares got a nice lift from the company’s positive earnings report, and it was very exciting to see, overall. Especially that revenue number rising.

While Red Hat, which IBM bought for $36 billion, did very well in the quarter, some analysts are skeptical if Red Hat can keep this up for IBM. Going forward we’ll have to see if that’s the case. The stock has a bit of its mojo back, but can it continue to perform?

Union Pacific (UNP) and Intel (INTC) also report today. About 12% of S&P 500 companies have reported earnings so far, and around 70% have beaten expectations, FactSet said.

Paying Through the Nose for Housing

Turning to the housing market, the question on Wednesday was whether existing home sales for December could come anywhere near the eye-popping performance from new home sales reported last week. The answer was, “not exactly,” but that doesn’t mean it’s necessarily bad news.

Sales hit an annualized rate of 5.54 million that month, compared with Wall Street’s consensus estimate of 5.42 million, the government said, up from 5.35 million in November. The median price rose nearly 11% year-over-year, which Briefing.com attributes to a supply shortage. With the median price of nearly $277,000, it’s likely getting tougher for first-time buyers to afford a down-payment.

This doesn’t mean homebuilding stocks will suffer. Low supplies of existing homes could probably help raise demand for new homes. Shares of Lennar (LEN) and KB Home (KBH) both rose more than 1% on Wednesday, while DR Horton (DHI) rose almost that much. DHI reports this coming Monday morning, so anyone watching the housing market might want to tune in.

Data get pretty sparse here as the end of this short week approaches. Crude oil inventories are on the schedule later this morning. The data usually come out Wednesday but were delayed a day due to Monday’s holiday. Crude fell nearly 3% yesterday to below $56 a barrel as supplies appear abundant, analysts said. Today’s report could provide more insight.

Getting back to earnings, Intel (INTC) opens its books after the closing bell today, but tomorrow is a bit light on the earnings front. Things pick up again Monday with DHI and Whirlpool (WHR).

The S&P 500 Index (SPX) managed to finish a smidgen higher Wednesday following a tepid performance Tuesday. However, the session’s best levels didn’t hold, and people aren’t buying with both hands even though some individual stocks like TSLA are going crazy. Technology remains a bellwether, but bonds also remain strong. From a technical and psychological perspective, it wouldn’t be good to see the 10-year yield dip below 1.7%, so keep an eye on that. Gold is also holding in there above $1,550 an ounce.

The SPX hasn’t recorded back-to-back daily losses since Dec. 9-10 and remains well above its short- and long-term moving averages. However, some analysts say stocks aren’t necessarily overvalued if you consider the low interest rate environment.

On that note, the Fed meeting looms next week, but futures trading points to very strong chances of nothing happening on rates. We’ll talk about that more over the next few days.

CHART OF THE DAY:  TESLA KEEPS UP TORRID PACE: When it comes to competition, it’s hard to beat the Nasdaq’s (COMP-purple line) nearly 16% gains over the last three months. Unless you’re Tesla (TSLA-candlestick), which has risen more than 100% over the same period. Data Source: Nasdaq.Chart source: The thinkorswim® platform from TD Ameritrade. For illustrative purposes only. Past performance does not guarantee future results.

Home Sick?  One thing that’s been exciting investors about China lately is the way consumers there seem to be getting out and shopping. If the coronavirus outbreak pushes people back indoors and away from hotels, malls, casinos, auto dealers, restaurants, and theme parks, analysts might have to re-think that hypothesis. It might have helped to hear yesterday that the Chinese government says the outbreak is under control, but you can’t count on people taking Beijing at its word. There’s a long history of mistrust. Also, the World Health Organization (WHO) on Wednesday postponed a decision on whether to declare the coronavirus a global health emergency, but meets again today. The virus has killed 17 people so far.

If you’re wondering which segments might benefit from the virus if it intensifies, think of what people do when they don’t travel. They might stay home and play video games (which could help chipmakers), or buy stuff on their phones (which might help online retailers). But that’s really just early speculation that probably only comes into play if anxiety stays elevated for a while. Which doesn’t seem too likely if you look at the history of these things.

Going Viral: What’s the potential market impact if the virus situation gets more serious? Let’s look back at the SARS virus outbreak in late 2002 and early 2003 for some perspective. As the SARS worries steadily made headlines that winter, U.S. stock indices  generally traded sideways, with the S&P 500 Index (SPX) falling about 2% between early November 2002—when cases first got reported—and late March 2003 as fear spread beyond the borders of China and into the Americas. Industrial and Financial stocks generally did worse than other key sectors that winter, but the rest of the market mainly just bounced around. Stocks began climbing that spring and pretty much rallied the rest of the year. So the long-term effect arguably wasn’t dramatic. While correlation isn’t causation, it’s interesting to see how the market took off as virus fears waned. Maybe there was a relation, and maybe not.

Market Impact: Whatever happened back then, China is a much bigger elephant in the room now than it was in 2003. Its GDP of $1.66 trillion that year was about 14% of U.S. GDP, according to the World Bank. By 2018, China reported GDP of $13.37 trillion, about two-thirds as large as U.S. GDP.  Also, a lot more people here and around the world have exposure to the Chinese stock market than they did back then, so a virus and its impact are harder to isolate for the average investor. They also could conceivably have a much bigger effect on worldwide markets, but at this point it doesn’t look like it’s anything to get carried away over for investors.