The Future of Telecom: AT&T and Verizon to Release Q4 Earnings

Telecom giants AT&T and Verizon release their Q4 earnings. Investors could expect to hear about momentum of 5G network build out and strategies for revenue growth. 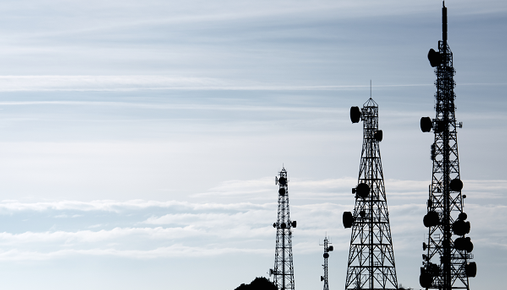 For telecom companies, this year is all about 5G, the next generation of mobile broadband that promises exponentially faster upload and download speeds. Companies in this sector all want a slice of the 5G pie, making the race to 5G a competitive playing field. It’s much more than phones and internet. We’re talking major applications that could transform the future across different industries such as medicine, education, and manufacturing.

Analysts and investors will be keeping an eye on earnings from the two big players in this space—AT&T (T) and Verizon Communications (VZ)—to get an understanding of how 5G technology could play out in the future. T opens its books on Wednesday, January 29, ahead of the market open and VZ on Thursday, January 30, at 8:30 AM ET.

What Can Investors Expect?

Last year, there was a lot of momentum in 5G build-out and deployment from both T and VZ. Another area both companies expanded into was streaming services. T acquired Time Warner to own content. VZ established partnerships with Apple’s (AAPL) Apple Music, Amazon Web Services (AWS) from Amazon (AMZN), and Disney+ from Disney (DIS). Offering streaming services is to hold onto customer base while aiming to sustain revenue growth. The streaming wars continue to have effects not just on streaming companies, but on traditional cable companies, where wireless is a big source of revenue. Netflix (NFLX) is the streaming king, so everyone’s coming at them.

FIGURE 1: IT TAKES TWO. Shares of telecoms Verizon (VZ - candlestick) and AT&T (T - purple line) overall moved in similar fashion, although in the last six months, there were times when VZ lagged. Data source: NYSE. Chart source: The thinkorswim® platform from TD Ameritrade. For illustrative purposes only. Past performance does not guarantee future results.

With 5G networks expected to roll out in many countries and telecom companies diversifying into the streaming services, this defensive sector’s playing field could see many changes. But keep in mind new technology could take time for consumers to adopt to the need for higher speed, lower latency, and overall better performance.

Countries such as China and South Korea have invested heavily in 5G technology. But there are skeptics, as evident from a recent Wall Street Journal report that said 5G smartphones were “underwhelming” in their first big test in South Korea. Consumers felt the technology wasn’t much different from the previous 4G generation of smartphones. The tepid initial response to 5G could become a risk since companies rely on consumers for revenue.

Going into the two company’s earnings calls, keep in mind people may own T and VZ at least partly for their dividends, which have historically paid a relatively high dividend yield. So consider for any news on that front. For T in particular, one question might be how management plans to reduce its high debt load so it can continue paying dividends to its shareholders.

Last year, remember, management came under pressure from an influential activist investor that criticized the company’s aggressive acquisition strategy, and the accompanying rise in its debt. So, anyone on the T call might want to keep their ears open for comments about potential acquisition plans.

At Warner Media day last year, Randall Stephenson, CEO of AT&T commented, “We spend our waking hours in pursuit of three things around here: How do we create greater content to drive more engagement, how do we acquire more customers, and how do we reduce customer churn.” These would be the three things to look for on the earnings call.

Last quarter, T earnings came in above consensus estimates, but revenues missed. The company added 3.7 million net wireless subscribers in the U.S. and expects this to continue growing. Wireless revenues are the most significant portion of revenues. T lost 1.16 million traditional video subscribers on a net basis. This was due to programming blackouts, and T hopes to stabilize its customer base in the future. This decline in video subscribers could still impact Q4 earnings.

But management sounds optimistic about the company’s streaming content services. T’s Time Warner Media expects to launch its streaming services—HBO Max—this spring. T had some big expenses in the recent past—the DirecTV and Time Warner acquisitions come to mind. Another event that had a toll was a court battle with the Department of Justice. Still, 2019 ended up being relatively positive for T. Its stock price was up about 37% for the year.

T continues to expand its 5G network. At a Citi Conference earlier this month, Senior EVP & CFO John Joseph Stephens commented that T has 35 cities up and running for the 5G-plus and 20 cities up and running for 5G. The main revenue source is from wireless services. By expanding into content offering, T hopes to keep customers close. It gives customers an opportunity to bundle HBO Max and other streaming services. But moving into the streaming space has its challenges—more competition, more risk, and a change in business strategy.

Subscriber adds for mobile could be an important consideration when looking at T’s Q4 earnings. Another would be Warner Brothers’ theater revenues. Revenues from the entertainment segment are the second largest revenue source.

T is expected to report adjusted EPS of $0.87, up from $0.86 in the prior-year quarter, according to third-party consensus analyst estimates. Revenue is projected at $46.95 billion, down 2.2% from a year ago.

The options market has priced in an expected share price move of 2.9% in either direction around the earnings release. Implied volatility was at the 48th percentile as of Friday morning.

Looking at the Jan. 31 expiration date, option activity has been highest near the at-the-money strikes, with concentrations between the 38 and 39 strikes.

VZ’s strength lies in its network and customer offerings. Q3 results were strong, driven mostly by higher wireless services revenue, which makes up a large chunk of its business. VZ uses different strategies to drive strong wireless volumes. It started its mix-and-match plans, which attracted a lot of new customers to unlimited plans. The idea was to increase the customer base and gain loyalty to move up to 5G when it becomes available. But VZ sees potential for growth even in 4G. This could provide good momentum going into Q4.

The major focus for VZ has been expanding its 5G network. The company has invested heavily in building the 5G infrastructure and expects to continue doing that. CEO Hans Vestberg is excited and passionate about 5G technology and has said he believes it’ll be a major technological breakthrough. By the end of 2019, according to a company report, VZ’s 5G Ultra Wideband mobility service, the company’s 5G network, is going to be available in 31 U.S. cities, 15 NFL stadiums, and one U.S. airport, which met 2019 goals.

VZ has also started launching 5G smartphones in an effort to get customers prepared for the 5G transition, although the phones are capable of working on a 4G network.

At the Consumer Electronics Show in Las Vegas earlier this month, VZ had a big presence, emphasizing its intention to build out and speed up 5G deployment. The company also plans to participate in the home environment and bring services that depend on the 5G network infrastructure. It’s a matter of how quickly consumers embrace the new technology. From a financial standpoint, it may take a few years before seeing revenue growth from 5G.

Then of course, there’s the partnerships with content providers to build customer loyalty. Management sees value in the investment with Disney (DIS), even though it may take time to pay off. CEO Vestberg believes that in a 5G network it’s necessary to combine cloud services, which is why VZ is teaming up with AWS. In a recent Bloomberg interview, Vestberg said, “We’re in a brave new world. We need to give customers optionality.”

VZ is expected to report adjusted EPS of $1.14, up from $1.12 in the prior-year quarter, according to third-party consensus analyst estimates. Revenue is projected at $34.6 billion, up 1% from a year ago.

The options market has priced in an expected share price move of 2% in either direction around the earnings release. Implied volatility was at the 29th percentile as of Friday morning.

Looking at the January 31 expiration, call activity has been higher at the 61 strike while puts have been active at the 59 strike.