Earnings from Pfizer and Moderna coming up soon could provide investors insight into logistics and manufacturing questions around their vaccines. At the same time, J&J’s data got released Friday and is being pondered by the market. 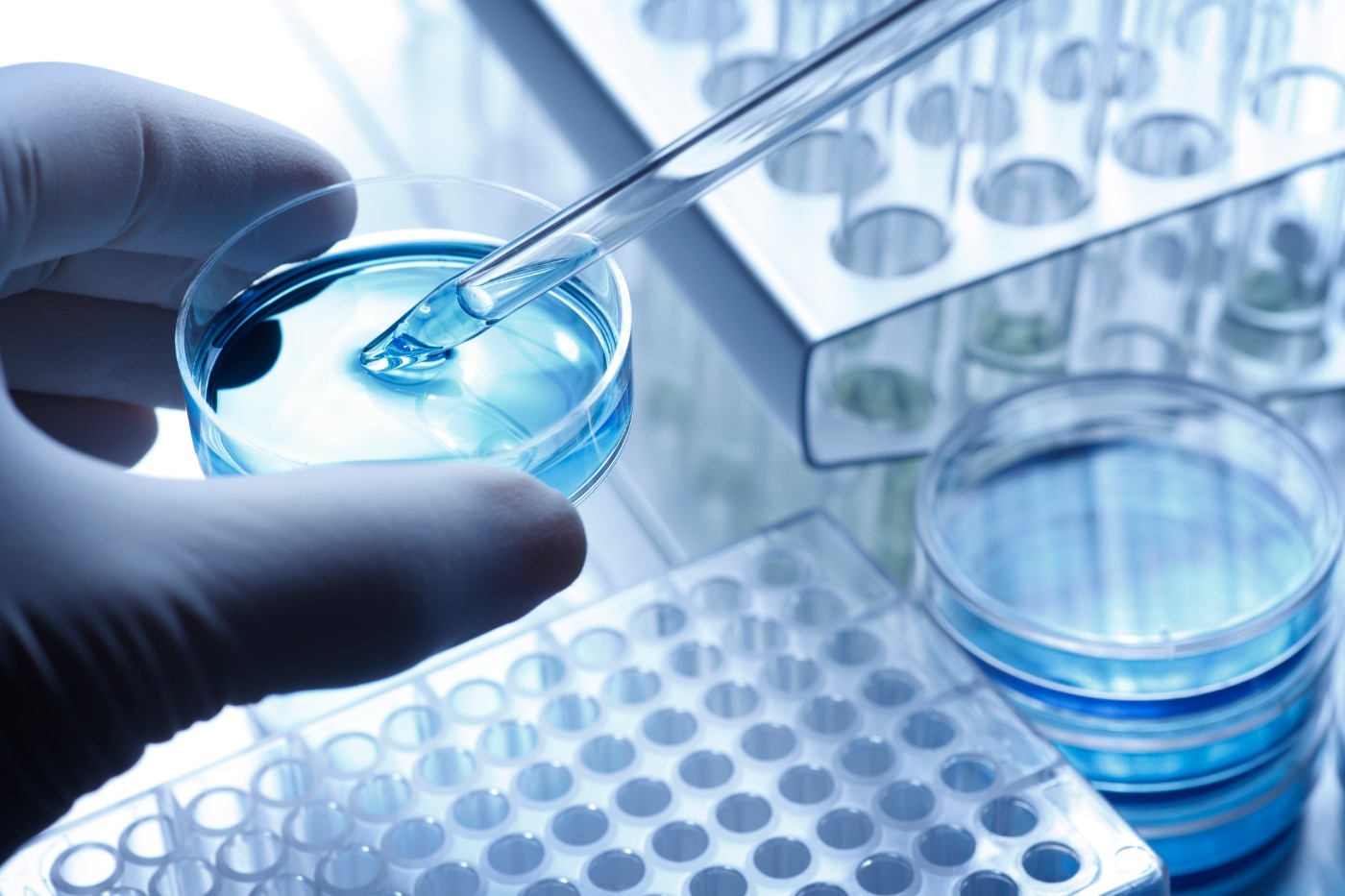 There’s no absolute truth in the stock market, but some things come pretty close.

One of them might be that most people buying stocks like Moderna (MRNA) and Pfizer (PFE) over the last year probably didn’t enter those trades based on either company’s financial books.

Although earnings ultimately determine a stock’s direction, many investors looking ahead to PFE and MRNA’s quarterly reports have more in mind than elementary stuff like cash flow and geographic sales. They want to know the status and future of the companies’ COVID-19 vaccines. This will be the first quarter where both MRNA and PFE can provide a close-up view of the vaccine rollout and what they see ahead.

PFE is scheduled to report Tuesday morning, February 2, ahead of the opening bell. A conference call is scheduled to follow at 10 a.m. ET. MRNA earnings are expected later in February.

Questions investors might want to ponder ahead of PFE and MRNA earnings include:

Will Other Vaccines Be Available Soon?

As PFE readies its earnings, investors received data Friday on third and fourth possible vaccines from Johnson & Johnson (JNJ) and Novavax (NVAX). Results from both are under a microscope amid concerns about how effective they’ll be overall and against the South African variant of the virus.

NVAX said its vaccine showed more than 89% effectiveness and JNJ said its single-shot vaccine was 66% effective in preventing moderate and severe disease in a global Phase 3 trial. The JNJ data also showed 85% efficacy against severe disease. The U.S. Food and Drug Administration (FDA) has indicated it would authorize a vaccine that’s safe and at least 50% effective.

Neither of the vaccines was as effective against the South African variant of the virus, which is starting to show up in the U.S. This could be a concern, because that variant appears to be spreading.

Another takeaway is that JNJ’s vaccine overall looks less effective than the vaccines already out there. Will people be OK taking a vaccine whose effectiveness is well below the 90% or better readings from ones already on the market? That remains to be seen, but some analysts had positive thoughts after viewing the data.

“What’s really a game changer for JNJ is that they’re aiming for single dose. Even with a lower efficacy compared to mRNA-based vaccines, as the data pointed out today, this still provides a distinct advantage ,” said CFRA Research analyst Sel Hardy. “In addition, shipping and handling conditions are less complex.”

One vaccine expert not associated with JNJ’s trial told the media that in a normal environment, a less effective vaccine might not get much use, but these obviously aren’t normal times. Physicians may be willing to give the JNJ vaccine a try if the other vaccines are in short supply. Another health expert told reporters that he’s encouraged by the JNJ’s efficacy against severe disease and said people who can’t get a vaccine from PFE or MRNA might try JNJ and try to get one of the others later.

The advantage of the JNJ vaccine over the ones already approved is it only needs to be injected once, though the results released Friday could put more focus on a trial JNJ is doing to find effectiveness with two injections. The MRNA vaccine—as well as the vaccine made by PFE in collaboration with BioNTech (BNTX)—need two injections. JNJ said it plans to file for FDA approval “inside of a week.”

Positive data from MRNA and PFE/BNTX last fall provided a catalyst for the stock market, and it’s not out of the question that positive JNJ data could do the same. When it comes right down to it, attempts to stamp out the virus are the ultimate market driver right now.

As of late January, nearly 20 million Americans were vaccinated, The Washington Post reported. That’s still well below 10% of the population, but vaccinations surged recently and the Biden administration now says it can envision 1.5 million a day, up from the 1 million it originally targeted.

Even as that ramped up, doctors worried about new virus variants reported in South Africa, South America, and the U.K. That’s why it was good to hear MRNA say on January 25 that it thinks its vaccine can work against the new variants, even if the response is weaker. It plans to work on a booster to fight those variants, which could be positive from a financial standpoint (yes, financial stuff ultimately matters, even for companies trying to protect the world from COVID-19). MRNA’s stock jumped 10% on the news.

FIGURE 1: MRNA LEAVES INDEX IN THE DUST. Shares of Moderna (MRNA—candlestick) soared more than 600% over the last year, far exceeding growth in the Nasdaq Biotech Index (NBI—purple line). Data source: Nasdaq. Chart source: The thinkorswim® platform from TD Ameritrade. For illustrative purposes only. Past performance does not guarantee future results.

For MRNA, could COVID-19 lead to decent profits?

Basically, companies like PFE and JNJ make so many products that the vaccine might never be a huge part of their revenue. MRNA has this one product on the market, so it’s kind of the “pure play” when it comes to vaccine makers for investors eager to invest in fighting COVID-19. MRNA has said it owes it to stakeholders to make a profit.

The fear at one point (or hope, from a non-investor stance) was that one course of MRNA’s vaccine might be all people needed. Now it looks like there may be a need for regular booster shots against new variants, and MRNA appears ready to fight that battle. That immediately could make the company’s financial future look better. Think of how we all get the flu shot every year. MRNA and other vaccine companies might find a similar flow of income from yearly COVID-19 booster shots.

Even better for MRNA and PFE, their vaccines seem easy to adjust to fight new variants. The companies’ messenger-Ribonucleic acid (mRNA) vaccine allows the body to essentially become its own weapon against the virus. This type of vaccine also can sometimes have quicker development timelines. The MRNA and PFE vaccines are pretty similar in profile and their method lowers the cost and complexity of manufacturing a vaccine because it doesn’t require growing proteins outside the body, like a monoclonal vaccine. This type of vaccine could also have less toxicity than traditional ones.

Whether the effort pays off from a financial standpoint is more than a question of booster shots. There could also be a benefit if companies find a way to make the vaccine easier to store and transport. The PFE/BNTX vaccine needs to be stored at extremely cold temperatures. PFE is working on a powdered form of the vaccine that would be far easier to handle, so potentially look for any updates on progress there when the company reports.

Ultimately, the path to profit largely depends on how many times people need to get vaccinated. This first round of vaccines, other than MRNA’s, are probably going to be done without much of a profit motive from big companies like JNJ and PFE. They’re doing this as part of the worldwide effort to beat the pandemic.

In the long run, profit could depend on how long the gap is between when people need to be vaccinated. If it’s every three years, for instance, it could mean an additional billions of dollars in revenue for companies compared with a 10-year gap, according to CFRA. The firm does see a large opportunity in the space. However, one big Asian market might not be part of the vaccine revenue flow. China has its own vaccine, which could lessen or even completely prevent any demand from the large Asian country.

Another thing to watch on the profit front is what kind of price rise the vaccine companies announce once the pandemic is snuffed out. They’re not necessarily making money on the vaccines now, but part of the process toward profit could be selling vaccines at higher prices once the crisis eases. This isn’t something we’re likely to get much clarity on this particular earnings season or maybe even this year, but be on the lookout going forward. It might be interesting to hear what PFE says about this if asked on its call.

Get trading access at many levels, from device-optimized mobile apps to the professional-grade thinkorswim® platform.