The stock market is suffering uncertainty this morning as election results remain unclear. Market-friendly “gridlock” still seems like the most likely outcome, but we may not have clarity for a while. Investors may want to take extra care as the market is vulnerable to political news headlines. 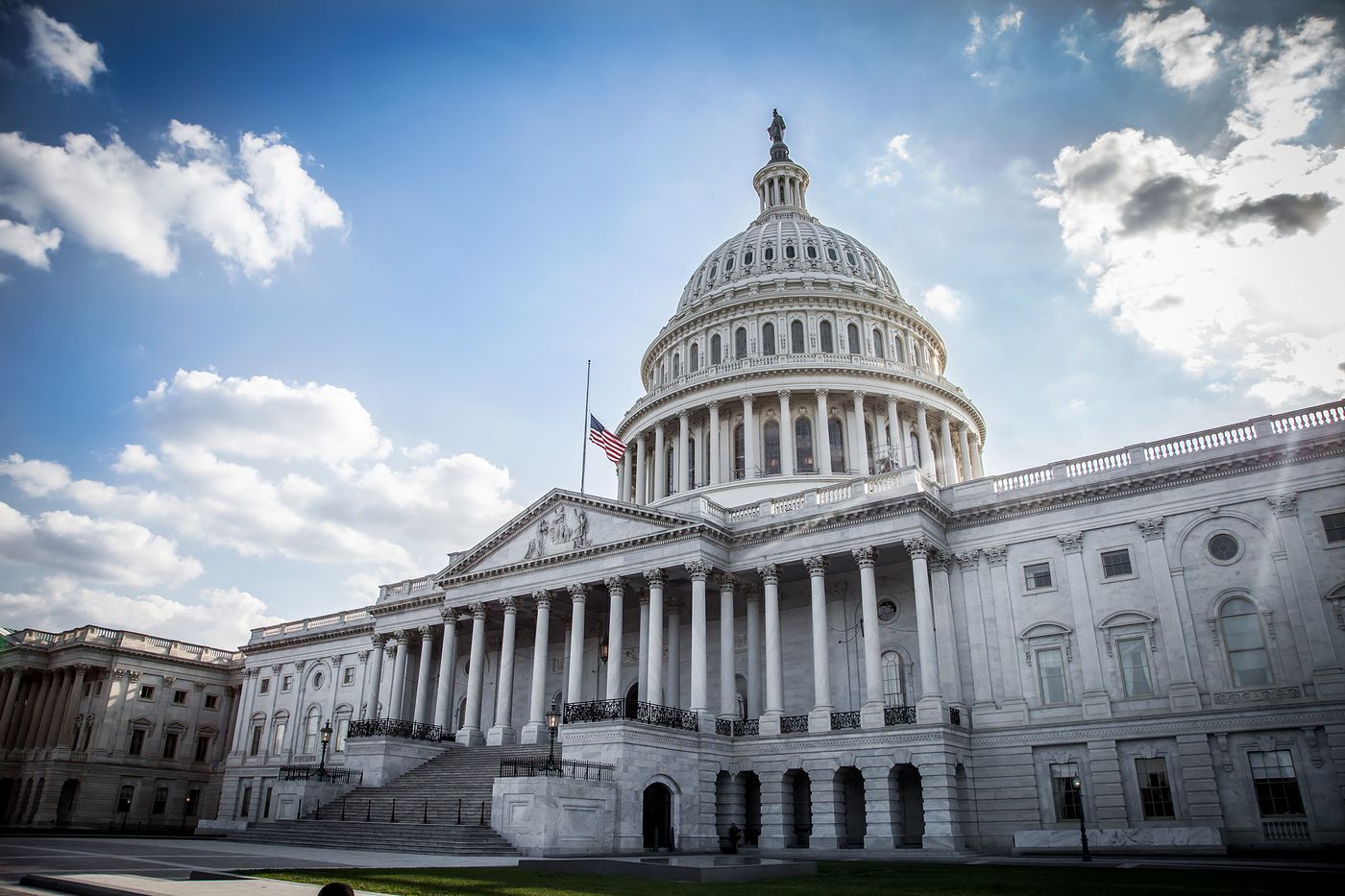 (Wednesday Market Open) As Republicans and Democrats wrestle for control of the House and Senate after Tuesday’s vote, the atmosphere is subdued on Wall Street. Neither party gained obvious control of the Capitol based on results available early this morning, and the market traded nearly unchanged ahead of the opening bell.

Predictions of a “red wave” didn’t seem to materialize overnight despite expectations of its likelihood over the past few sessions If results turn the other way, certain sectors like energy and health care that posted significant gains over the last month could become vulnerable to a potential pullback.

Having said that, the most likely outcome still appears to be market-friendly gridlock in Washington, though it may be a while until we know who controls the Senate due to a possible run-off election in Georgia.

Wall Street tends to like it when things don’t get done in Washington, and is particularly sensitive now to any emerging fiscal policies that might blunt the Federal Reserve’s attempts to slow the economy. Division in D.C. would have a chance of slowing any major changes in Congress’s spending over the next two years. If you want gridlock, a split Congress is probably the best scenario for the markets.

Volatility shifted into slightly higher gear yesterday and remains above recent lows (see more below) but so far, it doesn’t point to a major sell-off shaping up. As we know, that can change quickly. If you’re trading today, consider extra caution, because news developments could have an impact.

A few alarm bells rang yesterday, even before a single vote was counted:

In the meantime, the market continues to get a tailwind from the U.S. Dollar Index ($DXY), which fell again Tuesday and closed below 110 for the first time since September 19. This gave Gold (/GC) a boost as front-month futures closed above $1,700 an ounce for the first time in a while. Gold might also have found buyers looking for perceived safety as the crypto market sagged, though no investment is truly “safe.”

Beyond the election, a couple of Fed speakers are out on the circuit today. Sometimes their words can increase volatility. And September Wholesale Inventories are due at 10 a.m. ET.

The weekly Crude Oil Inventories report from the Energy Information Administration later this morning is another report to look out for, considering recent low energy inventories.Total U.S. crude stocks recently fell to levels not seen in more than a decade, partly due to the government’s heavy withdrawal of supplies from the Strategic Petroleum Reserve (SPR).

Election fireworks or not, earnings keep on coming. Yesterday afternoon brought results from DIS, and this morning, investors got a look at homebuilder DR. Horton (DHI). Electric car-maker Rivian (RIVN) is expected to report this afternoon.

DIS earnings ended up disappointing Wall Street (and maybe America’s Main Street too). Shares plummeted more than 8% after the closing bell due to the company missing analysts’ earnings and revenue expectations. No fireworks there.

Except for Disney+ subscriber additions, which easily beat Wall Street’s estimates, DIS came up short in nearly every category investors follow, including theme park revenue. Part of the problem on that side of the business is the continued COVID-19-related shutdown of the company’s Shanghai theme park; something DIS has no control over. Still, investors had plenty to contemplate among things DIS does control. It’s about to launch an ad-supported streaming tier even as the advertising market looks increasingly soft. That appears to be one thing rattling investors.

DHI earnings also disappointed and shares fell. Both earnings per share (EPS) and revenue came up short of Wall Street’s expectations. No one who follows the mortgage market should be surprised to hear that DHI saw sales orders fall double digits and the cancellation rate jump. In its press release, DHI referred to these headwinds, but also noted that home supplies remain tight and demographics favor the housing market over the longer term.

Shares of RIVN have had a nice run since posting a 52-week low below $19 back in June. They quickly accelerated back up above $30 and managed to stay there, even making a couple recent runs to $40. One boost came from the company’s deal to supply electric delivery vans to Amazon (AMZN). They’ve already supplied the first 1,000 electric vans in what’s expected to ultimately be a 100,000-van fleet. Look for updates on that in RIVN’s earnings call. The question, according to trade media, is whether RIVN can keep up with production goals amid inflation concerns, rising interest rates, climbing labor costs, and tighter profit margins. The company will likely provide updates on those challenges as well.

Up Next: Consumer Price Index

October’s Consumer Price Index (CPI) report arrives Thursday morning before the market opens and looms large as the second half of the week gets underway. Consensus on Wall Street is for:

Keep an eye on housing costs too, which make up an outsized percentage of the CPI. Back in September, housing prices rose 0.7%, pretty close to the average monthly gain since last spring. The housing market has been under a lot of pressure the last month or two from rising mortgage rates, though supply remains thin. Any kind of slower climb in housing prices would likely be welcomed by the market.

Going into the election and CPI, November started with a bang. The SPX is up nearly 6% so far this month. That doesn’t hold a candle to the Dow Jones Industrial Average® ($DJI), however, which has risen more than 13%.

Ideas that gridlock might grip Washington, along with continued softness in the U.S. dollar, helped boost stocks Tuesday

Paying Attention? Do more attentive consumers provide a potentially clearer view of inflation expectations? Yes, say researchers at the Federal Reserve Bank of Cleveland, who found that consumers more “alert” to inflation provide more “informative,” “less sticky,” and “well-considered views of what will happen to inflation” than others. Starting in March 2020, the Cleveland Fed began running a daily survey on how consumers were responding to COVID-19 and how it was likely to affect the economy including their inflation expectations. Using that data set, researchers found that “the (inflation) forecasts of even the attentive respondents have steadily and consistently risen over the last two years. But inattentive respondents on average forecast much higher inflation.” The Cleveland Fed research points out that back in August, Federal Reserve Chair Jerome Powell reminded the audience in Jackson Hole that “rational inattention” provides a “useful insight” into how actual inflation may affect expectations about inflation’s future path. Powell said at the time: “When inflation is persistently high, households and businesses must pay close attention and incorporate inflation into their economic decisions. When inflation is low and stable, they are freer to focus their attention elsewhere.”

AAPL Not Far Off Lows: Apple’s (AAPL) logistical problems grew worse this week as it confirmed iPhone production slowdowns in China. COVID-19-related shutdowns continue to plague AAPL and other big U.S. companies, whether they manufacture in China, sell products there, or both, which AAPL does. The technology giant’s shares fell below $140 yesterday and should remain on investors’ radar for possible clues into broader market performance. Many see AAPL as a beacon of sorts, providing insight into how the rest of the market might perform. In late October and early this month, shares of many “mega-cap” shares, including Alphabet (GOOGL), Amazon (AMZN), and Microsoft (MSFT), hit 52-week lows. AAPL managed to avoid that, perhaps providing a bit of a positive vibe that played into the market’s ability to bounce off recent lows. If AAPL finally sputters due to its latest logistical issues, it will be interesting to see where other mega-caps, as well as the broader market, goes because all these companies have such a heavy weight on the SPX. The level to watch for AAPL is $129.04, the intraday 52-week low it reached on June 16. AAPL traded just above $140 by midday Tuesday, down 23% from its 52-week peak.

Mega-Cap Shuffle? Though the tech “mega-caps” mentioned above still swing plenty of weight in the SPX, the market’s movements this year have made things a little more democratic. As of yesterday, tech stocks still made up the “top five” shares by market cap in the SPX, with AAPL, MSFT, AMZN, GOOGL, and TSLA composing a little more than 18% of the SPX market-cap combined. To some, that percentage may sound out of proportion until you consider that in mid-2021, the top five then included Meta (META), which made up 23% of SPX’s value. Here’s what that means. Big moves in mega-caps can have an outsized impact on SPX performance because it’s a market-cap-weighted index. But now, mega-caps outside of tech may begin to have more impact on SPX performance. Among the top 20 by market cap are Berkshire Hathaway Class B (BRK.B), United Health Group (UNH), ExxonMobil (XOM), Chevron (CVX), Procter & Gamble (PG), and Johnson & Johnson (JNJ). This means investors might want to watch the performance of “old economy” industries like insurance, health care, and energy for their effect on the overall market. It’s not just tech’s game any longer, something today’s chart (above) reflects as well.