Traffic Alert: As Q4 Earnings Accelerate, Investors May Slow Down for Microsoft Results

3M cut jobs, which could make some investors wonder if China really is on the rebound. Meanwhile, Union Pacific’s weak quarter might get pass due to weather and other operational difficulties it experienced. Microsoft results arrive after the close, and its cloud business will be under scrutiny. 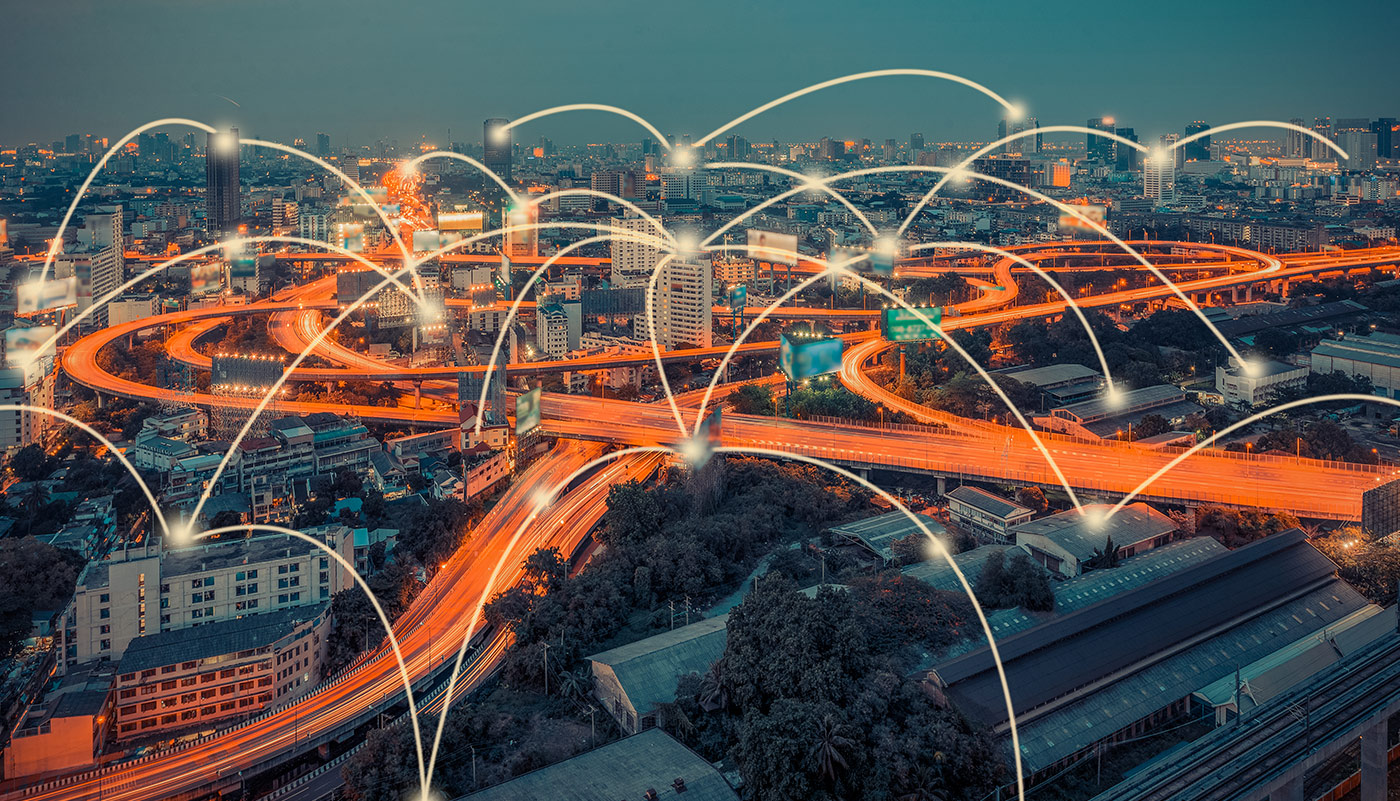 (Tuesday Market Open) Rubber, meet road. After tech stocks led major indexes to one-month highs Monday, some of the most closely followed U.S. tech behemoths prepare to open the earnings books. Their performances, along with what they say about near-term demand for products like semiconductor chips and cloud computing, could help determine if this little rally has a chance to keep its charge.

The fun starts today after the closing bell with Microsoft (MSFT) and Texas Instruments (TXN). Then get ready for IBM (IBM) after tomorrow’s close and Intel (INTC) the day after.

There’s a little concern about what MSFT might report, and that could be one factor pushing stock index futures lower this morning after two days of gains. The company’s recent job cuts might reflect top-line weakness, and therefore an attempt to shore up profitability. Read further down for our previews of what to watch for this afternoon when MSFT and TXN report.

Tech is far from alone, with plenty of earnings excitement already underway as a host of major companies reported before the bell. We’ll discuss the highlights below. Also, investors are preparing for Tesla’s (TSLA) earnings later tomorrow. We’ll have a separate preview of both TSLA and electric vehicle earnings in general coming out a bit later this morning, so watch your inbox.

VIX remains low, suggesting that nothing so far this earnings season is causing major angst among investors.

Wall Street’s earnings party accelerated this morning with results from:

Earnings Scorecard: Going into this morning, only about 10%—or 60— S&P 500® companies had reported. That speeds up significantly starting today. So far, profits are down 3% from a year ago but revenues were up 4.1%, according to Refinitiv. As Barron’s noted, that puts the spotlight on margin retraction.

As a reminder, research firm FactSet recently lowered its forecast for S&P 500® Q4 earnings growth to 4.6% from the previous –3.9%. As we accumulate a decent number of results this week and next, that overall number updated each Friday becomes even more critical to watch. Investors will ponder along the way whether analysts’ estimates before the data started flowing were too optimistic or pessimistic.

In coming days we’ll be hearing earnings news from several airlines, and travel has been a bright spot in terms of consumer activity.

Stock in the spotlight: Microsoft

Microsoft (MSFT) will be the first mega-cap to report earnings when it opens its fiscal Q2 books after the close today. The last time it reported in October, MSFT posted earnings per share (EPS) and revenue that exceeded Wall Street’s estimates, but lower-than-expected guidance took the tech giant’s shares lower.

Back then, MSFT said it expected fiscal Q2 revenue of between $52.4 billion and $53.4 billion. Wall Street had been looking for $56 billion. When MSFT reports today, investors will be on cloud watch. In Q1, the company saw disappointing growth in that category, especially in the “intelligent cloud” segment that includes Azure. Revenue rose 20% for that key business in fiscal Q1, or 26% in constant currency, meaning factoring out the ups and down of the dollar over time.

Since its last report, MSFT shares have chopped around and have lagged the tech sector as a whole. A boost in Azure growth or just some friendly guidance might be the shot in the arm MSFT investors are looking for. But last week, MSFT announced layoffs and hinted at weak customer demand in its press release.

Consensus ahead of MSFT, according to Earnings Whispers:

The CME FedWatch Tool now shows a 99% probability of a 25-basis-point hike on February 1. That would be the smallest upward move since last March. With questions pretty much settled around the Fed’s February 1 move, attention now turns to what might happen at the March 21 – 22 Federal Open Market Committee (FOMC) meeting.

One potential wild card, however, is energy. As investors began to suspect the Fed might not stay hawkish, the dollar descended to seven-month lows. That has put a charge into the energy complex, especially crude oil (crude is priced in dollars on the world market, meaning its price tends to rise when the dollar weakens). The Fed’s likely to carefully monitor crude over the coming months because rising prices there can spill into the entire economy, giving the Fed a much harder time controlling inflation.

You really don’t have to go far beyond a single subsector, semiconductors, to see why stocks sizzled yesterday. The Philadelphia Semiconductor Index (SOX) enjoyed 5% gains Monday to post its best close since late August. Playing into the chip strength—which also lifted the info tech sector in general—were ideas that the Fed may be getting ready to press the pause button on rate hikes. That’s far from certain, but if it did happen, it’s likely to benefit sectors like tech that rely on lower interest rates to fuel future growth.

While past performance doesn’t guarantee a thing about the future, there’s a lot you can learn from charting 2022 market performance across all sorts of categories. Check out the charts with Charles Schwab’s Senior Investment Strategist Kevin Gordon to get a sense of where things went in 2022 and where they may be headed now.

CHART OF THE DAY:  MICROSOFTNESS. The last three months haven’t been all that kind to shares of Microsoft (MSFT—candlesticks), which reports earnings after the close today. While shares are up quite a bit from the fall lows, they’ve been outpaced by the Technology Select Sector (IXT—purple line). Data Sources: S&P Dow Jones Indices, Nasdaq. Chart source: The thinkorswim® platform. For illustrative purposes only. Past performance does not guarantee future results.

A different kind of recession? The 1990s featured a so-called “jobless recovery.” Could 2023 deliver a recession without massive job losses? While the info tech sector has laid off nearly 200,000 employees over the last year, U.S. unemployment remains near historic lows below 4%. Last week’s initial jobless claims were also historically low at 190,000. Job openings remain well ahead of Americans seeking them, even as the economy shows signs of slowing down in areas like housing and retail sales. The economic slowdown may or may not develop into a true recession, but even if it does, some analysts think unemployment won’t hit typical recessionary levels of 6% or above. In part, that’s because the services sector remains strong and companies are still paying higher wages to attract and keep workers. Corporations have also spent a lot of time and resources hiring new staff since the pandemic ended and might not want to surrender those investments too quickly. If employment stays solid as the economy slows, it could reveal weakness in company operating margins, which are already looking soft as companies report Q4 results.

Don’t tell the boss: Lately, tech stocks haven’t rallied after buybacks or dividends. Instead, layoffs seem to be energizing share prices. Wayfair (W) catapulted 25% Monday after the online retailer said it will cut 10% of its workforce, and it’s not the first time. Microsoft (MSFT), Alphabet (GOOGL), Amazon (AMZN), and Meta (META) also have had their rally shoes on early this year. And while correlation isn’t causation, there’s little doubt that job cuts in the tech industry have many analysts and investors feeling better about these firms’ ability to control costs, as JPMorgan Chase (JPM) said when upgrading W on Monday. Another theory suggests that all these layoffs are an attempt by tech companies to get the bad news out of the way quickly so they can move on after a tough 2022. Is there a downside to this for anyone besides employees losing their jobs? Possibly—layoffs could be a sign that top-line growth is slowing for the tech industry, forcing companies to accept a slower environment going forward.

P/E worries persist: The SPX and the entire market continue to climb a wall of worries, especially around earnings and next week’s Fed meeting. Every time the SPX climbs to 4,000 and above, it adds to a forward price-earnings (P/E) ratio that’s already above the historic average. It’s now near 17. If the SPX approaches 4,050, it’ll be touching 18 for a P/E, and that’s a bit troubling considering how analysts keep paring back earnings estimates amid declining Wall Street profit margin expectations. Worries about this scenario could explain why major indexes came off their highs a bit in the final hour of trading yesterday and also could make 4,050 challenging to reach and hold.