Though Technology has been the sector leader in 2019, concerns over the economy and trade policy have many companies issuing negative guidance in recent weeks. This is an important dynamic to watch over the coming month. 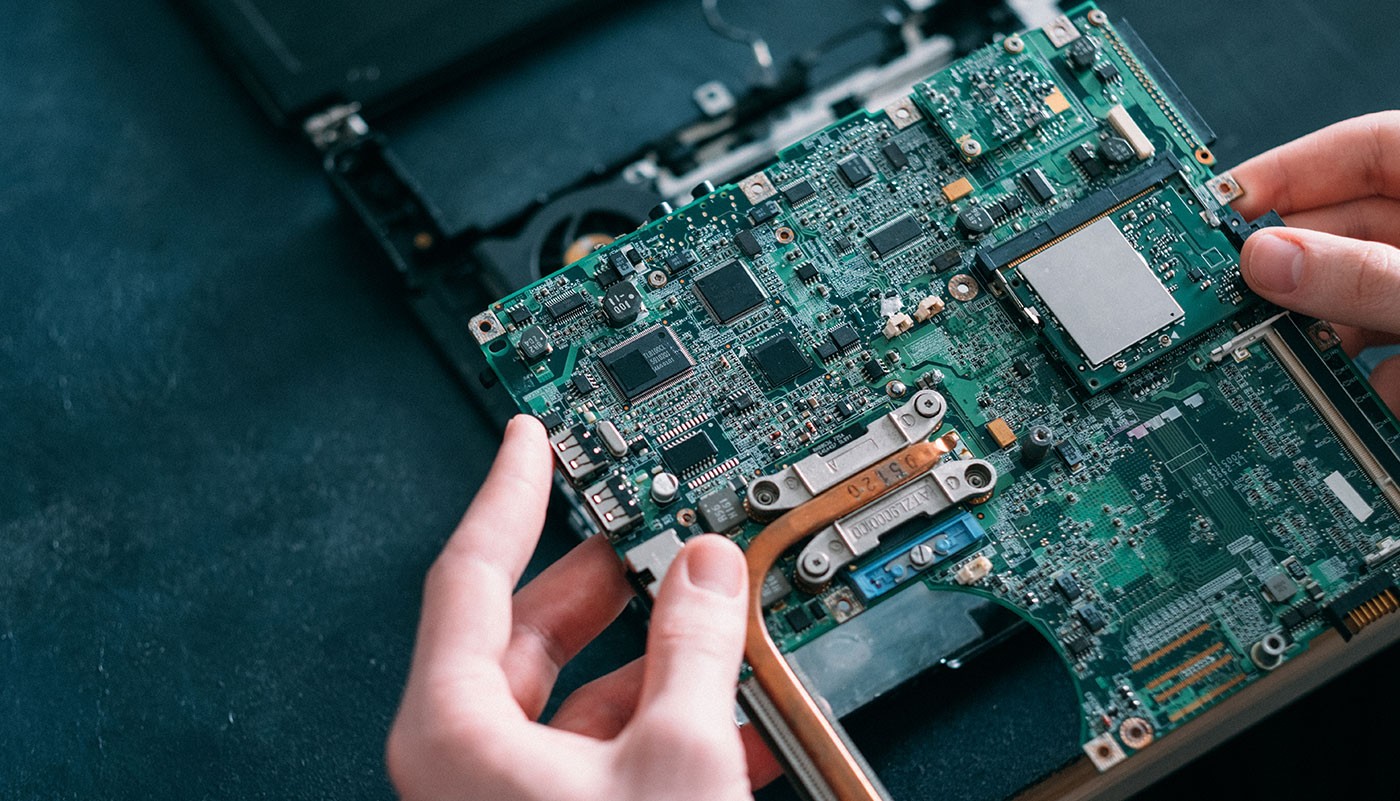 Throughout 2019, the Technology sector has been flying high as the top performing sector.  After a tough third quarter, it’s still at the top of the list, but a lot has changed since the early summer.

Heading into Q4, Technology companies and investors alike have begun to show concerns over the macro environment, and that’s arguably starting to show up in the sector’s performance. Many investors are keeping their eyes glued to any signs of a cooling economy in the US and abroad. Plus, they’re paying close attention to the US-China trade front where the market tends to swing on emotions day to day, with one headline bringing us up and another taking us down. Lots of headline risk here.

Technology is a mixed batch, however, and not every Tech company or sub-sector is necessarily going to react in the same way to these economic drivers. Across all sectors, 82 of 113 S&P 500 companies issued negative earnings-per-share (EPS) guidance, according to research firm FactSet. That’s a record high number. What seems to be driving this negative trend? The Tech sector. So far, 29 companies in the sector issued negative EPS guidance—and that’s already 45% above its five-year average.

Semiconductors: Top Performer with Near Bottom EPS and Earnings Guidance

The irony in all of this is that the industry that’s currently bucking the Tech trend and lifting the entire sector—Semiconductors (“Semis”)—also happens to be the industry that’s been leading the sector’s decline in negative EPS guidance and year-over-year earnings expectations.

Semiconductors rose 6.74% in Q3, topping all six industries in tech (see figure 1 below). Semis are followed by Technology Hardware (+5.26%) in second place and IT Services (-3.19%) at a distant third. The worst industry market performer has been Software, whose quarterly return stands at a negative 16.3%.

In terms of negative year-over-year earnings expectations in Technology, the largest decline is expected to be in semiconductors, around negative 30%, according to FactSet. And Micron Technology (MU) is one company that many analysts expect to lead the way down this fall.

MU beat earnings expectations when it reported its fiscal Q4 results on September 27. But because its sales were down 42% from last year’s fiscal Q4, and it announced an 86% fall in profits, the stock got hammered, sinking over 11% after reporting.

When it comes to the semiconductor space, each company is different, and you have to know what each company is doing, how they’re positioned, and where they are in the product cycle. Semis are not a “solid block.” They all behave differently and respond to different fundamentals.

FIGURE 1: TECH, SEMIS and SPX. The Philadelphia Semiconductor Index (SOX - purple line) outperformed not only the rest of the Tech sector (IXI - candlestick) last quarter,  but also the broad-based S&P 500 Index (SPX - blue line). But it's been a volatile run for SOX, due in part to the ebb and flow of trade policy. Data sources: S&P Dow Jones Indices, Nasdaq. Chart source: The thinkorswim® platform from TD Ameritrade. For illustrative purposes only. Past performance does not guarantee future results.

Texas Instruments’ (TXN) diverse product positioning has arguably helped keep it from being severely affected by the US-China trade environment, particularly the ban on doing business with Huawei. During TXN’s Q2 conference call, Dave Pahl, vice president of investor relations, responded to analyst questions on the negative impact of the China situation, stating that TXN’s “competitive advantage” in “good quality markets,” and “diversity and longevity” helps the company mitigate risks in the US-China environment.

That’s unlike Qualcomm (QCOM) whose fiscal Q4 guidance seems to be mired in a revenue royalty dispute with the Chinese tech company, among other issues. It might be interesting to hear what executives say about this issue in QCOM’s earnings call.

Intel (INTC) exceeded Q2 market expectations in earnings revenue and guidance. Though affected by the current US-China trade environment, its share losses may have been due to an inability to ramp up supply rather than a lack of demand in certain product segments, as Robert Swan, INTC’s chief executive officer told analysts during the company’s earnings call.

So, despite Semis taking top spot in Technology in terms of market performance, you might want to plan for some volatility ahead as earnings get underway. At the end of the day, earnings are what drive markets. And that’s when you’ll find out how priced-in the industry’s price levels are with the reality of the markets.

Other Tech Giants Within the Sector

Apple (AAPL) fiscal Q3 report last July not only beat estimated earnings and revenue, its guidance between $61 and $64 billion was higher than the $60.98 consensus estimate according to Refinitiv. During the earnings call, AAPL CEO Tim Cook told analysts that revenue excluding iPhone was up 17%, with services generating an “all-time record revenue of $11.5 billion,” amounting to 13% year-over-year growth minus a one-time $236 million item from last June. As Cook mentioned in the call, AAPL has strategically invested in both wearables and services—both components now approaching “the size of a Fortune 500 components and both having contributed greatly to AAPL’s bottom line as hardware sales, such as the iPhone, had lagged in Q3.

AAPL outperformed expectations in China sales—a “return to growth” across the mainland, as Cook told analysts in the earnings call. He also mentioned that a Chinese VAT tax cut (from 16% to 13%) coupled with “no signs of a nationalistic boycott” on AAPL products added to the company’s seemingly optimistic prospects looking ahead. During AAPL’s second quarter, China sales declined 22%, but in the third quarter, that figure shrunk to only 4% according to CNBC.

On the software front, Microsoft (MSFT) broke above $1 trillion in market cap last June, bucking the Software industry’s trend as the worst three-month market performer (-16.30%). Looking at the big picture, MSFT’s product categories are broad and spread out well beyond software which arguably accounts for its growth. The company’s revenue grew 12% in its fiscal fourth quarter, according to Amy Hood, MSFT’s chief financial officer, speaking in the company’s last earnings call.

Looking ahead, Hood said that the company expects to generate “between $31.7 billion and $32.4 billion in revenue across its three business segments for the fiscal first quarter,” according to CNBC. That beats Refinitiv’s consensus estimate of $32 billion if you were to split MSFT’s guidance down the middle.

Among the tech giants that did get hit by the US-China trade environment is Cisco (CSCO). A Dow Jones Industrial Average ($DJI) stock, the company beat analysts expectations for earnings and revenue in its fiscal Q4 earnings report, but its China revenue is down by 25%, and CEO Chuck Robbins called it a “significant loss” when speaking to analysts during the company’s conference call. CSCO is down 19% from its 3-month (and 19-year) high of 58.23. Guidance also missed the mark as CSCO’s executive vice president and chief financial officer Kelly Kramer mentioned $0.80 to $0.82 in earnings per share. A Refinitiv analyst poll estimated consensus at $0.83.

Other Concerns That May Be Affecting Investment in the Sector

In June, Goldman Sachs issued a warning to “write off high-growth tech stocks,” according to a CNBC report. The reasons for Goldman’s warning are double: they said that Technology stocks may be overvalued at their current levels, and that talks about potential regulatory changes from Washington may make stocks within the sector something of a “hazard.”

The truth is that nobody can predict the outcome of any potential legislation coming out of Washington—namely, the talk of breaking up large technology companies due to size, alleged anti-competitive behavior, or personal data security issues. It’s even hard to say whether all the political clamor will result in any material legislation.

But as more and more companies begin reporting Q3 earnings, we can get a sense as to whether the sector is truly “overvalued” as Goldman says, or whether some of the expectations of Tech weakness have been overblown. Remember: Earnings drive stock performance. Sure, there’s been quite a bit of volatility and back and forth price action over the last quarter due to the headline risks on the US-China trade, global economic slowdown indications, and fears of Technology sector overvaluation. But it’s important to monitor whether these and other fundamentals are having a measurable impact on earnings.