Shopping Spree: Target Looks To Unload Inventory, But Will Earnings Take A Hit?

Target cut guidance for the second time in a month before the opening bell, triggering a stock drop and pulling Walmart, Amazon and other stores downward. 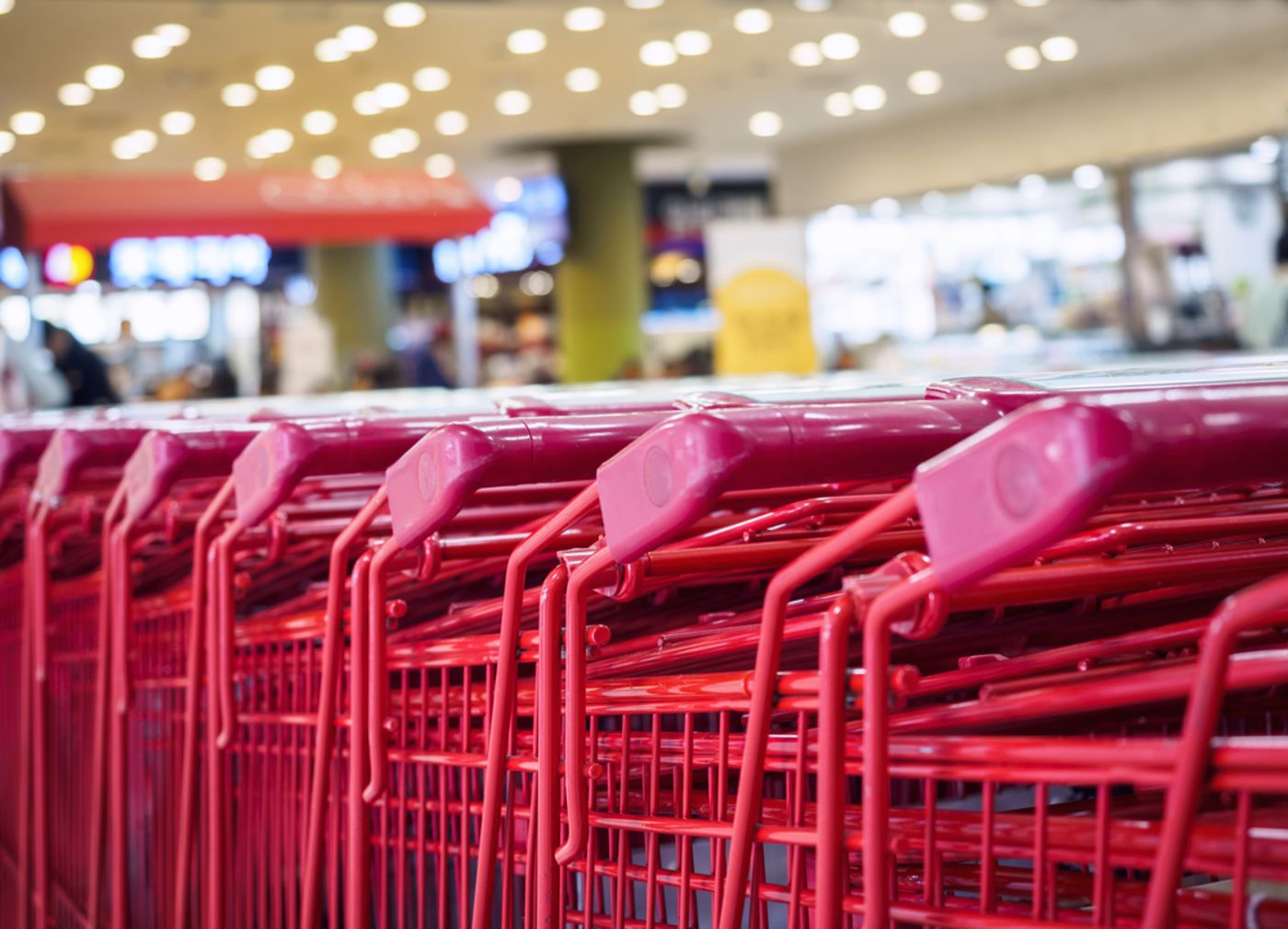 Target slashed its second-quarter operating margin projections from 5.3% to just 2% and pledged to mark down a buildup of inventory to prepare for a strong back-to-school and holiday shopping seasons. Walmart fell 3.29% on the news and Amazon (AMZN) dropped 2.37% as investors expect other retailers to have similar issues.

The news dragged equity index futures lower ahead of the open. Nasdaq 100 futures were down 1.12% while the S&P 500 futures slipped 0.81%. The Cboe Market Volatility Index (VIX) also rose 3.63% in premarket action.

On the bright side, bargain shoppers are likely to see a lot of good deals in the stores and online which could help bring down the price inflation consumers have been dealing with in the short term. The bad news is that getting to the store remains expensive as gas prices hit another all-time high with the AAA average hitting $4.92.

One retail gainer was Kohl’s (KSS), trading up nearly 10% before the open on the news that Franchise Group (FRG) has offered to buy the Wisconsin-based store chain for $60 per share. Also, G-III Apparel Group (GIII) surged on earnings beat and a raise of forward guidance.

However, J.M Smucker (SJM) signaled some bad news in the consumer staples sector. Despite better-than-expected earnings and revenue for its fiscal fourth quarter, SJM said it is adjusting its 2022 sales forecasts 2% lower.

The 10-year Treasury yield (TNX) jumped back over 3% once again on Monday to close at 3.038%. The eight-basis-point jump helped to strengthen the U.S. dollar. The U.S. Index ($DXY) seemed to find support yesterday just below the 102 mark.

If yields and the dollar continue to rise, it could mean another hit to growth and multinational stocks. During Monday’s session, the CRSP U.S. Mega-Cap Index rose about 1.5% earlier in the session but relinquished most of its gains to close just 0.31% higher on the day.

The major indexes saw similar price action as they retreated from their intraday highs as well. The Nasdaq Composite ($COMP) fell back from a 2% gain to close just 0.40% higher, the S&P 500 (SPX) retreated from a rally of 1.5% to increase only 0.31%, and the Dow Jones Industrial Average ($DJI) barely eked out a gain of 0.05%.

Stocks started the day with upbeat news out of China that it was loosening COVID-19 restrictions in its largest cities. Additionally, there was some talk from the White House that tariffs on some Chinese goods could be lifted to provide some inflation relief. The news helped Chinese companies traded on U.S. exchanges and tracked by the S&P China ADR Index to rise 4.8% on the day.

In the commodities markets, natural gas futures shot 9.8% higher, reaching a year-over-year return of nearly 202%. The commodity is testing levels not seen since the early 2000s. Oil futures also tested $120 per barrel but retreated to close 0.8% lower on the day. The rise in natural gas wasn’t enough to help the energy sector, which was among the worst performers for the day.

CHART OF THE DAY: CHECK THE THERMOSTAT. The Utilities Select Sector Index ($IXU—candlesticks) has outperformed the S&P 500 (SPX—white) over the last year. The uptrending relative strength line (green) suggests that the utilities index is still outperforming the SPX. Data Sources: ICE, S&P Dow Jones Indices. Chart source: The thinkorswim® platform. For illustrative purposes only. Past performance does not guarantee future results.

Marginal Utility: Early Monday, we looked at how various sectors performed from the first of the year to the end of May. It was no surprise that the energy sector was the strongest in both timeframes. However, the utilities sector was the second-strongest performer for the year and month. Utilities are known as a defensive sector because investors turn to utilities during volatile times and 2022 has certainly been volatile.

Dividends are one reason why utility stocks tend to be less volatile. Dividends tend to attract a more stable investor instead of traders jumping in and out hoping for short-term price gains. However, many safety-conscious and income-oriented investors typically reduce their exposure to utilities and other dividend stocks when yields rise and turn their attention to Treasuries. Investors will want to watch Treasury yields for a hint whether the utilities sector will remain strong.

Let The Dogs Out: At the end of 2021, the highest-yielding stocks in the Dow Jones Industrial Average ($DJI) were Dow (DOW)—the chemical company, Verizon (VZ), IBM (IBM), Chevron (CVX), Walgreens (WBA), Merck (MRK), Amgen (AMGN), 3M (MMM), Coca-Cola (KO), and Intel (INTC). Some investors may know them by another nickname— “The Dogs of the Dow.” There once was a time when investors used the dogs as a way to find potential value stocks. However, this strategy has lost some luster over the years due to inconsistent returns. However, with a renewed interest in dividends, some investors are diggin’ the dogs once again.

For the year-to-date, INTC, WBA, and MMM are the only dogs underperforming the Dow Jones. With the index down a little more than 10% for the year, the remaining stocks have soundly outperformed the index. In fact, VZ is the only other stock with negative returns so far this year—it’s down a little more than 2%. As the lone energy stock, CVX is the top performer, returning more than 48%. DOW is second, returning nearly 18% followed by MRK which is a little shy of 17% for the year.

Dividend Data: According to data from Standard & Poor’s, the month of May was a good one for dividend investors because more dividend-paying stocks increased their dividends or paid extra dividends than in previous months. In fact, 4,041 companies declared a dividend in May—2,188 more than a year earlier. Meanwhile, 85 companies announced special dividends, 38 more than the prior year. However, nine companies announced dividend cuts, which was three more than May of 2021.