Wall Street got a pre-holiday lift this morning despite falling crude prices and rising Treasury yields. A slew of strong retail earnings and guidance might be providing some support, but lower crude could put pressure on energy stocks. Also, the pre-Thanksgiving slowdown in data and earnings may make thinner trading—and volatility— more possible. 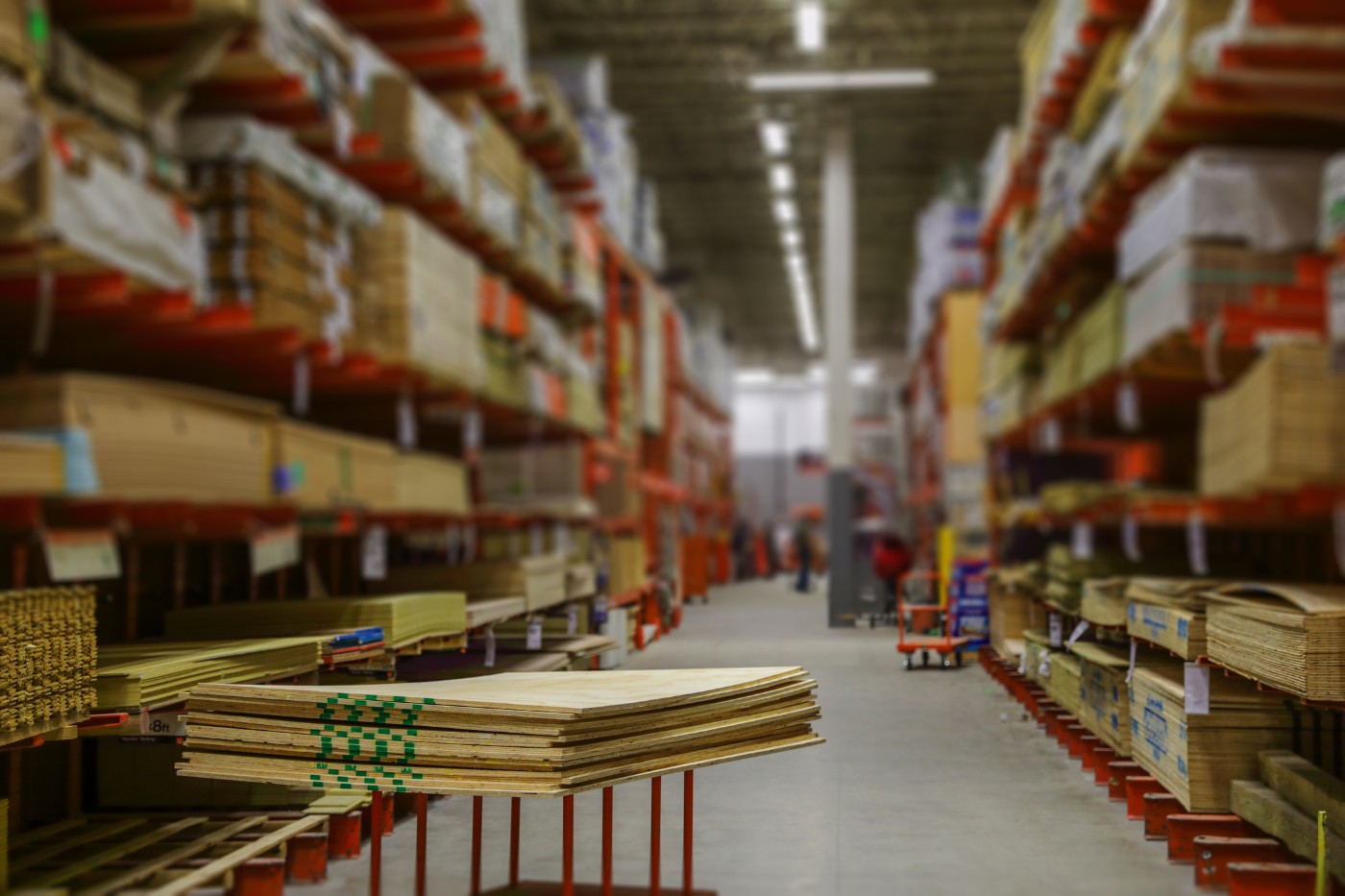 Despite some strength out of the gate, major indexes appeared headed for their second losing week in the last three. Euphoria from the slightly better-than-expected October inflation reports is fading and rate worries are back in the mix following recent hawkish talk from Federal Reserve officials. Still, the market showed a nice bounce yesterday off technical support levels (see more below).

The S&P 500 Index® (SPX) looks like it’s trying to build a base between 3,900 and 4,000. We’ll see if it continues to consolidate around that level as next week’s Thanksgiving holiday approaches. There’s a bit of an earnings and data desert the next few days, so be prepared for the market to chop around without much direction one way or another.

Another factor could be WTI crude futures (/CL) prices, which dropped to their lowest levels since late September at just above $80 per barrel this morning. The energy sector’s strength has been pretty constant on Wall Street over the last six weeks before flattening a bit recently. Weak crude prices are typical this time of year, when demand typically falters. /CL dropped as low as $76 per barrel back in late September, corresponding with a two-month low for energy stocks.

Keep in mind that today is an options expiration day, which could make for choppiness. Especially if trading volume remains low, as it was yesterday. Lighter volume means fewer participants in the market, sometimes causing exaggerated moves.

Foot Locker and Gap Earnings: The latest retail stock to go ballistic after a better-than-expected earnings report is Foot Locker (FL). Shares exploded 14% in premarket trading today, following the example of Macy’s (M) yesterday. Joining the club is Gap (GPS), though its premarket gains of “just” 8% aren’t as meteoric. Both companies beat analysts’ revenue projections and FL beat earnings per share (EPS) consensus too. FL also provided Q4 guidance that was above consensus and raised its fiscal year 2023 guidance. Quite the hat trick.

Don’t forget Ross Stores (ROST), up 16% in premarket trading after an earnings beat and above-consensus guidance.

We’re mostly through this heavy stretch of retail earnings, and it became clear this morning that aside from a couple of high profile misses from Target (TGT) and Kohl’s (KSS), things look healthier than expected up and down the aisles.

Though you might expect Thanksgiving week to be quiet from an earnings and data standpoint, that may not be the case. Sure, the market is closed next Thursday, and little is on the calendar the day after. But the first part of this particular holiday week bears watching, especially Tuesday and Wednesday when we’ll see some important numbers in the last gasp of the Q3 earnings season. Remember, low volume sometimes can cause more volatility, so if you’re trading next week, be prepared.

We await Best Buy (BBY), Dick’s Sporting Goods (DKS), Dollar Tree (DLTR), Medtronic (MDT), Autodesk (ADSK), HP Inc. (HPQ), and Deere (DE). We’ll preview a few, but in particular, you’ll want to keep an eye on discounters like DLTR after WMT’s strong performance this week, and if you want technology barometers, keep an eye on HPQ and ADSK before they announce. (Check our calendar below.)

Next week also brings a full set of economic data, all concentrated on Wednesday. Some reports to watch include October New Home Sales, October Durable Orders, and November’s final University of Michigan Consumer Sentiment reading. Plenty of food for thought ahead Thanksgiving dinner, so bring your appetite.

Earnings Rewind:  Among companies reporting in the last days of Q3 earnings season, Cisco (CSCO) and Macy’s (M) stood out for their stock performance afterward. CSCO, which beat analysts’ consensus when it reported late Wednesday, could turn out to be trend-setting. It’s a company people tend to watch closely because its business touches so much of the globe and because so many companies rely on the switchers and routers it manufactures.

If CSCO is doing well, that’s usually a good sign for IT spending in general. Notably, CSCO’s product revenue rose 8% year over year in its FY Q1. CSCO shares were up 0.62% premarket.

Macy’s (M) earnings got lots of love from the stock market Thursday, sending shares up 15%. It goes to show you the difference between saying things are getting worse in the near future—as TGT did earlier this week—and saying things are about to get better (Macy’s). Investors seem eager to reward or punish companies simply for their predictions, especially companies that directly face consumers. Near the open, M was up 0.57%.

Existing Home Sales: Look for these soon after the market opens today. Wall Street consensus, according to Briefing.com, is for a seasonally adjusted October figure of 4.38 million, down from 4.71 million in September.

Things kept descending Thursday, but it could’ve been much worse. Major indexes all rebounded firmly from early 1% losses despite growing concerns over Fed policy and its potential weakening impact on the economy. Volume, however, was on the light side.

Talking Technicals: The SPX is working with a net apparently. Thursday’s early slide got arrested right where technicians predicted there was support, near the 100-day moving average (MA) at 3,908 (see chart below). For about three weeks in late October and early November, the index traded in a relatively tight range between 3,700 and 3,900, and now it seems to be carving a slightly higher range between 3,900 and 4,100. Whether that new range lasts depends on how long support can hold and to some extent on how high the 10-year Treasury yield (TNX) climbs after arresting its long descent Thursday. Stay tuned.

CHART OF THE DAY: BASE JUMPING. For a while, 3,900 in the S&P 500 (SPX—candlesticks) has looked like an area where the SPX might find support. That’s not just because it’s a nice round number, but also because it’s just below the 100-day MA, which is now at 3,908 (MA—purple line). The SPX bounced right off that region on the charts after an early dip to 3,906 Thursday and never looked back. This could mean the 100-day MA now is a base on which the SPX could build another attempt to test last week’s high of 4,028, which, by the way, isn’t far below the 200-day MA of 4069. Data Sources: S&P Dow Jones Indices. Chart source: The thinkorswim® platform. For illustrative purposes only. Past performance does not guarantee future results.

The Dreaded R-Word: As global recession talk accelerated Thursday, it’s worth noting that the “curve” between the 2-year Treasury yield and the 10-year Treasury yield (TNX) steepened this week to 70 basis points. As of midday Thursday, the 2-year yield traded at 4.48% while the 10-year yield was at 3.78%. Only a couple of weeks ago, the gap between them was less than 40 basis points. Market experts will tell you a steepening yield curve is often followed by tough economic times, though correlation and causation aren’t guaranteed.

The soft 10-year yield—down about 40 basis points in the last two weeks—suggests investors piling into longer-term fixed income are doing so amid worries of a possible recession. They might also be taking slower consumer demand into account based on earnings reports from Target (TGT) and Kohl’s (KSS) this week. When investors buy longer-term Treasuries, it can suggest they’re enticed by the relatively high yields and perceived safety there, though no investment is truly safe.

Barometric Pressure: For a while there, the falling 10-year yield provided a tailwind for stocks, especially many growth companies in the Nasdaq-100® (NDX) that tend to benefit from borrowing at lower costs. The relationship between the TNX and the NDX is worth watching because it might provide clues about the market’s psychology. Lower yields accompanied by a falling NDX would likely indicate investors are preparing for tough economic times. But if yields fall and the NDX resumes rising, it could indicate growing “risk-on” sentiment as investors get more enthusiastic about buying shares of companies that can fund future growth at lower rates. We saw some of that last week. The wild card, of course, is that rates could rise from here, which almost certainly means more hard times for the NDX.

Watch the Crowd: On Tuesday, the United Nations (UN) reported that the world’s population hit 8 billion for the first time. That’s a big number for most of us, but for investors, it’s important to know that this milestone comes with an interesting future. In this report, the UN reconfirms that people will be living longer and having fewer kids—that news has been out there for a while. However, more than half of the future population growth through 2050 will be centered in eight countries. The largest is India—which will replace China as the world’s most populous country next year. The rest are the Democratic Republic of the Congo, Egypt, Ethiopia, Nigeria, Pakistan, the Philippines, and the United Republic of Tanzania—emerging economies worth watching.