In August, the Fed left rates unchanged and earnings season overall didn’t disappoint. What might be in store for September? 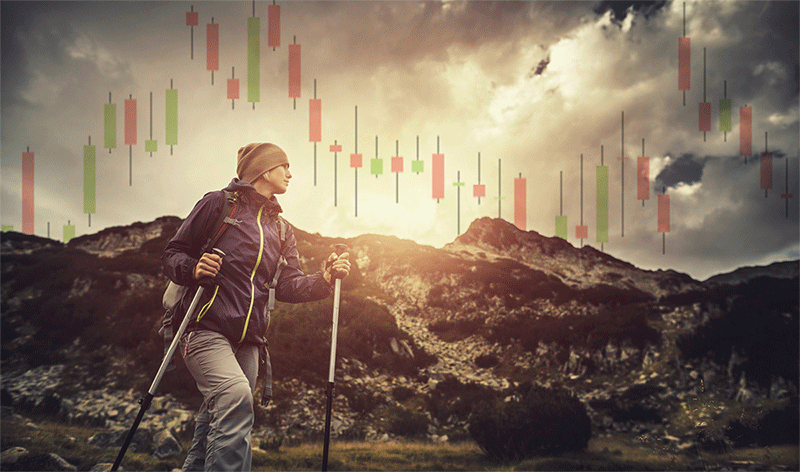 As earnings season wound down, geopolitical headlines flared up again due in part to an event that was arguably not on most investors’ radar: Turkey’s potential debt crisis. And with that, the roller coaster ride of 2018 extended into August.

Though investors appeared somewhat more cautious, they didn’t abandon stocks. All major indices were in positive territory for the year as of mid-August with the NASDAQ and Russell 2000 (RUT) leading the way. Nerves may have been tempered to some extent by strong earnings. As of August 13, 91% of companies in the S&P 500 had reported their second quarter earnings. Of those, 79% had beaten their earnings per share (EPS) estimates according to FactSet.

The end of earnings season typically gives other events an opening to capture investors’ attention. Here are a few that may be worth watching.

Here are a few data and events to watch for in September.

The markets had a relatively ho hum response to the Fed’s July meeting, most likely because there were no surprises. As many investors and analysts had expected, the Fed kept rates steady and continued to express optimism about the economy.

However, the reaction might be different after the September 25-26 meeting. While nothing new was reported in July, the Fed statement seemed to help set the stage for a third rate hike in the coming months. Officials stated that gradual rate increases “would be consistent with sustained expansion of economic activity, strong labor market conditions,” and inflation near 2%. As of August 17, the probability of a September hike stood at more than 90%, according to the CME Fed funds futures. Plus, Chairman Powell is scheduled to hold a press conference after the meeting. His comments have a tendency to spark market activity as investors seek to decipher the meaning behind his words and the potential impact on rates. The possibility of a fourth hike this year isn’t out of the question—as of mid-August, the futures market has priced in about a 66% chance of a rate hike at the Fed’s December meeting.

How quickly the Fed raises rates may depend in part on several developing events including tariffs, tensions with Turkey and other countries, a slowing housing market, and economic growth abroad. If the gap between U.S. interest rates and those of its global partners, such as Japan, continues to grow, the Fed could decide to slow down the pace of future hikes. However, fewer increases could allow inflation to take hold. It’s a delicate balancing act.

Overall, consumer spending appears healthy even though retail sales have been a mixed bag the last couple of months. July numbers exceeded expectations while June’s were revised downward. What’s possibly more interesting is what consumers seem to be buying. For July, the weakest category was sporting goods, hobby, musical instruments, and book store sales, which declined for the second straight month, according to Briefing.com. On the other hand, clothing sales surged. This could be a sign that some consumers might be becoming more deliberate with their purchases and less willing to splurge on certain leisure items. August retail sales, scheduled to be released on September 14, could be telling as this figure will include back-to-school shopping.

This mixed sentiment could also be seen in the reaction to earnings reports from key retailers. Macy’s (M), Wal-Mart (WMT), and Nordstrom (JWN) all surpassed analysts’ expectations but investors only rewarded two of them. M saw its stock decline nearly 16% after executives announced year-over-year sales had fallen again. Shares of WMT and JWN soared on news of strong in-store and online sales. This is another reminder that the guidance from CEOs often carries more weight than the actual numbers.
Home Depot (HD) also had solid earnings and executives painted a positive outlook for the coming year. With higher mortgage rates and a tightening housing inventory, it appears some people might be choosing home improvements over moving.

September brings with it a new issue: a possible U.S. government shutdown, which may occur if Congress doesn’t pass a spending bill by September 30. Investors should expect the rhetoric to heat up as that date approaches and try to tune out the noise. Whether this becomes a market mover is likely to depend on many factors including the duration of any shutdown and geopolitical developments.

Some days it looks as if trade tensions are starting to ease such as when China announced it would send a delegation to the U.S. to resume discussions. Others bring unexpected announcements, like Turkey’s potential debt crisis and retaliatory tariffs, which tend to help increase fears of a global economic slowdown. In these uncertain times, investors may want to consider making sure their portfolios are diversified across asset categories and sectors based on their goals and investment preferences.

September also marks the end of the third quarter and the fiscal year of some companies. Many people use this time to review and potentially re-allocate or rebalance their portfolios. With three quarters down and Q4 guidance provided, investors generally have a better snapshot of a company’s actual and projected growth to help them make more informed decisions. It’s also when policymakers return from recess and start the final push on a variety of issues, like taxes, before year end. Volatility could potentially spike depending on the headlines surrounding these discussions.

In addition, September 21 is quadruple witching day, which is when index futures and options and stock futures and options all expire on the same day. The market typically experiences increased volatility and higher trading volumes as contracts are executed and active traders look for investment opportunities. Witching day is generally a non-event for long-term investors. They might just want to be aware of the date to better understand any market gyrations on or around September 21.

At this time, it seems likely the roller coaster ride will continue for the remainder of the year. Investors may want to buckle up and read our 2018 mid-year review and outlook for additional commentary on what might lie ahead.