The Russell 2000 futures are leading other index futures higher on Monday morning which could be a good sign for traders monitoring the January Effect. Electric vehicle makers like Tesla and Nio are announcing higher-than-expected deliveries in the fourth quarter. Looking back at 2021, the S&P 500 large-cap stock index beat other equity indices. Breaking down 2021 by quarter, stocks had a lot to overcome last year. 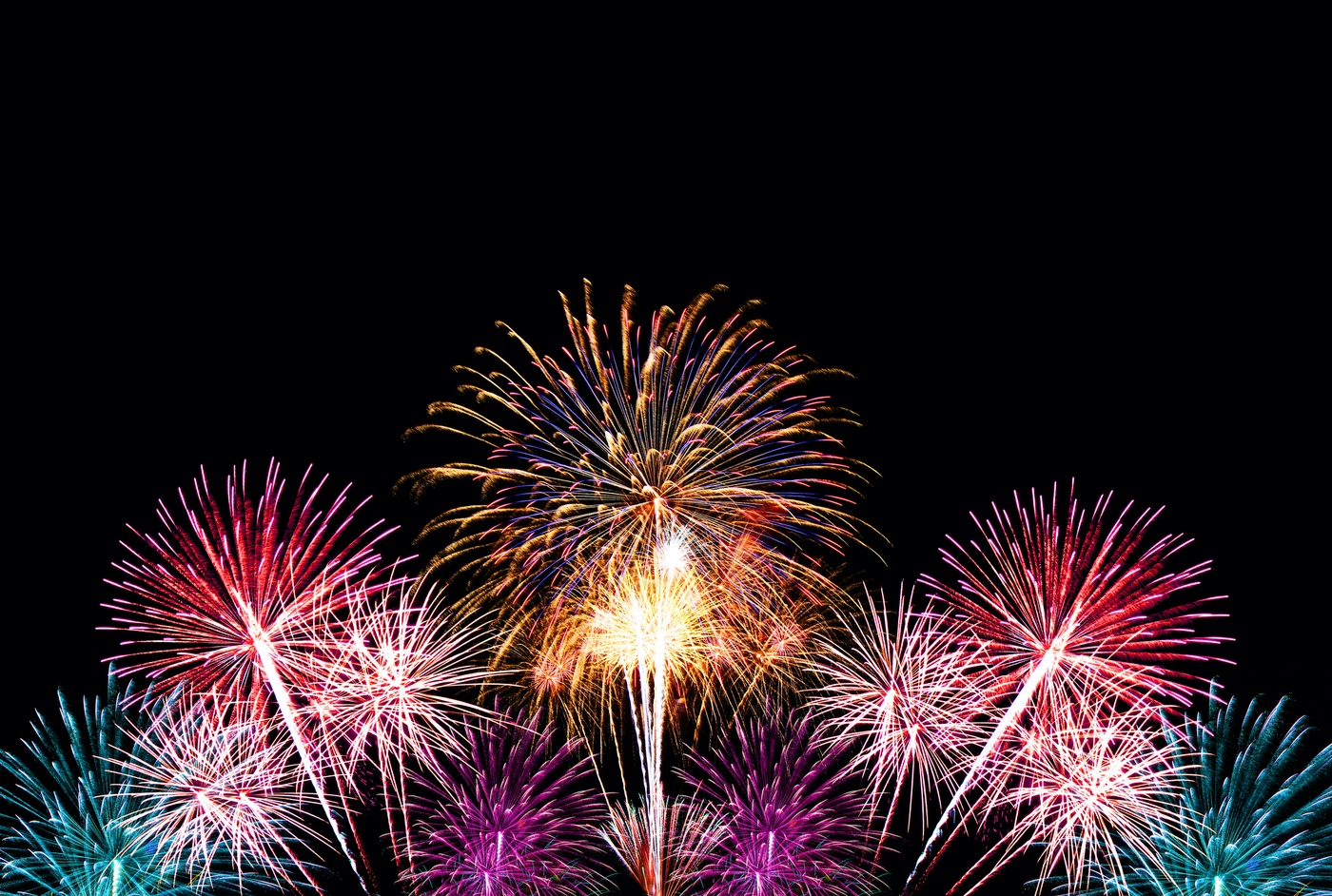 (Monday Market Open) After an early start for the Santa Claus rally in the third week of December, stocks were able to move higher last Monday but then drifted a little lower throughout the week. The Santa Claus rally technically goes into the first two trading days of January, so St. Nick has two more days to help investors. This morning he’s getting help from the Russell 2000 futures (/RTY) which are leading other equity indices higher.

Tesla (TSLA) is up more than 7% in premarket trading on news that company delivered a record number of vehicles in the fourth quarter. Many analysts were forced to readjust their fourth quarter earnings estimates higher on the news. Not to be outdone, the China-based electric vehicle maker Nio (NIO) also announced a 50% year-over-year increase in its deliveries for December.

Many airlines are trading higher on Monday morning despite another rash of COVID-19-related flight cancelations over the weekend. United Airlines (UAL) and Alaska Air (ALK) were up more than 1.03% and 1.40% respectively in premarket trading. Other travel and leisure stocks including Norwegian Cruise Line (NCLH) and Carnival (CCL) were up around 1% before the opening bell too.

However, airlines are warning that they may experience more flight delays because of a dispute between AT&T (T) and Verizon (VZ) with the U.S. government. The companies have been asked to delay their 5G service due to potential aviation safety risks. According to Barron’s, both AT&T and Verizon have declined to do so and offered a different plan. Each stock is trading slightly higher before the open.

Another company rising in premarket trading is McDonald’s (MCD). It was upgraded by Piper Sandler analysts because of the company’s ability to increase its drive-thru performance meeting the social distancing needs for customers. On a personal note, any time you want to talk McRibs, I’m all good.

Of course, if you eat too many McRibs you must head to the gym and Planet Fitness (PLNT) reported this morning that it continues to see high usage of its gyms despite the Omicron variant threat. Planet was also the first fitness brand to receive the WELL Health -Safety Rating by the International WELL Building Institute (IWBI).

So far, it looks like a good start to the year, let’s see if it holds.

As the Santa Claus rally wraps up, many traders will be monitoring a few other stock market phenomena. First, the January Effect is the tendency of small-cap stocks to outperform the market during the months of January and even into February. I wrote briefly about this in my January Outlook. With the Russell 2000 trying to lead out this morning, it could signal a good development for traders monitoring the January Effect.

As 2021 drew to a close, the market made significant improvements over the prior year, but there was plenty of volatility along the way. That said, the S&P 500 (SPX), Dow Jones Industrial Average ($DJI), and Nasdaq Composite (COMP:GIDS) all finished the year with near-record highs. The Nasdaq finished 2021 21.3% higher, while the Dow increased 18.7%. The S&P 500 was the biggest stock index winner last year, with a gain of 26.9%. The Russell 2000 (RUT) ended the year on a lesser note, finishing 13.7% higher. Small caps experienced mostly rangebound activity throughout 2021 because many smaller companies struggled to be profitable.

CHART OF THE DAY: LOOKING BACK. The S&P 500 (SPX—candlesticks) was the top performer in 2021. The Nasdaq Composite (COMP:GIDS—blue) was second. The Dow Jones Industrial Average ($DJI—pink) was third. Finally, the Russell 2000 (RUT—salmon) saw the weakest growth. Data Sources: ICE, S&P Dow Jones Indices. Chart source: The thinkorswim® platform. For illustrative purposes only. Past performance does not guarantee future results.

Q1 Covid Continues: The new year resumed with general concern about the impacts of the coronavirus on global markets. However, the $1.9 trillion COVID-19 stimulus package announcement, which followed the inauguration of President Biden, provided some reassurance and economic strength.

Unfortunately, the continuation of COVID-19 lockdowns began to create supply chain disruptions. This, along with the stimulus deal, continued to build an inflation theme for the year. During this time, the Federal Reserve mentioned that short-term price increases were not a concern, but U.S. bond yields started to rise along with the dollar.

Moving into the quarter, both stocks and crude prices continued to recover on optimism that a mass rollout of COVID-19 vaccines could help global economies reopen and bring back a possible return to normalcy in the market.

Q2 Inflation Continues: The Fed remained committed to maintaining an economic stimulus, holding its view that price increases would be “transitory”. However, inflation fears began to take hold in the market as consumer and producer prices continued to rise. Shortages for both labor and materials, along with higher wages and shipment delays, added further pressure to the situation.

Turning to the economy, U.S. job growth initially had disappointing numbers early in the quarter, with the April monthly jobs report showing only 266,000 new jobs were added in the period. The market had expected 1 million. This weaker-than-expected number caused concern about whether extended unemployment benefits were keeping workers from seeking employment. However, some of these concerns were alleviated in the following month as the economy added 850,000 jobs. Still, unemployment remained above 6%, as roughly 2 million Americans were absent from the post-pandemic labor force.

Q3 Infrastructure Spending: A debate began on the Senate floor over the $1 trillion stimulus bill to help rebuild the nation’s infrastructure. This included broad improvements for bridges, rails, and roads, along with money for broadband build out and clean energy initiatives.

A Federal Reserve meeting in July showed that the economy was making steady progress. However, the Fed maintained asset purchases, saying that it was correct to keep the current target rate until labor market conditions improved. Later in the quarter, Chairman Powell stated in the Federal Open Market Committee meeting that tapering could begin as soon as November. Additionally, he mentioned rate hikes would not start until the tapering was complete.

A seasonally weak September held firm as markets dipped sharply, with the S&P 500 and Nasdaq falling about 5% and the Dow ending the month more than 4% lower.

Q4 Transitory Inflation to Inflation: The quarter started off with all eyes on corporate earnings, as investors were looking to get a sense of how companies were handling cost increases. The result? Corporations were collectively able to deliver their strongest quarterly earnings in more than 10 years, as they passed most of their cost increases on to consumers. These results helped lift the S&P 500, Dow, Nasdaq, and Russell 2000 to all-time high levels.

As the fourth quarter progressed, investors saw market risk shift to a new coronavirus variant from South Africa. Omicron shocked the markets and caused lockdowns to resume in many parts of the world. Investors anxiously waited for more details to emerge on the severity of the variant.

In testimony before Congress, Chairman Powell noted that it was time to remove the word “transitory” from inflation discussions. U.S. inflation growth had been rising at its fastest level in over three decades. Later, the Fed signaled that bond tapering would be increased at a rate that would allow for rate hikes to begin. Fed members had a hawkish surprise for investors, forecasting three rate hikes for 2022 and three more for 2023. Ultimately, Powell acknowledged the threat of inflation but then assured the markets that the economy was strong enough to handle the Fed’s plan to tighten it.

In the final weeks of the year, a late “Santa Claus rally” occurred, lifting markets back toward all-time high levels. However, investors still remained cautious about the economic threat of the growing Omicron variant infections.