Stocks sell off on Monday morning but regain some losses on a roller coaster day of trading. Investors shy away from riskier assets once again in favor of more defensive sectors and industry groups. Rising interests rates could shore up the dollar and appear to be pushing cryptocurrencies like bitcoin and ethereum lower. Gold has failed to be a hedge against inflation. 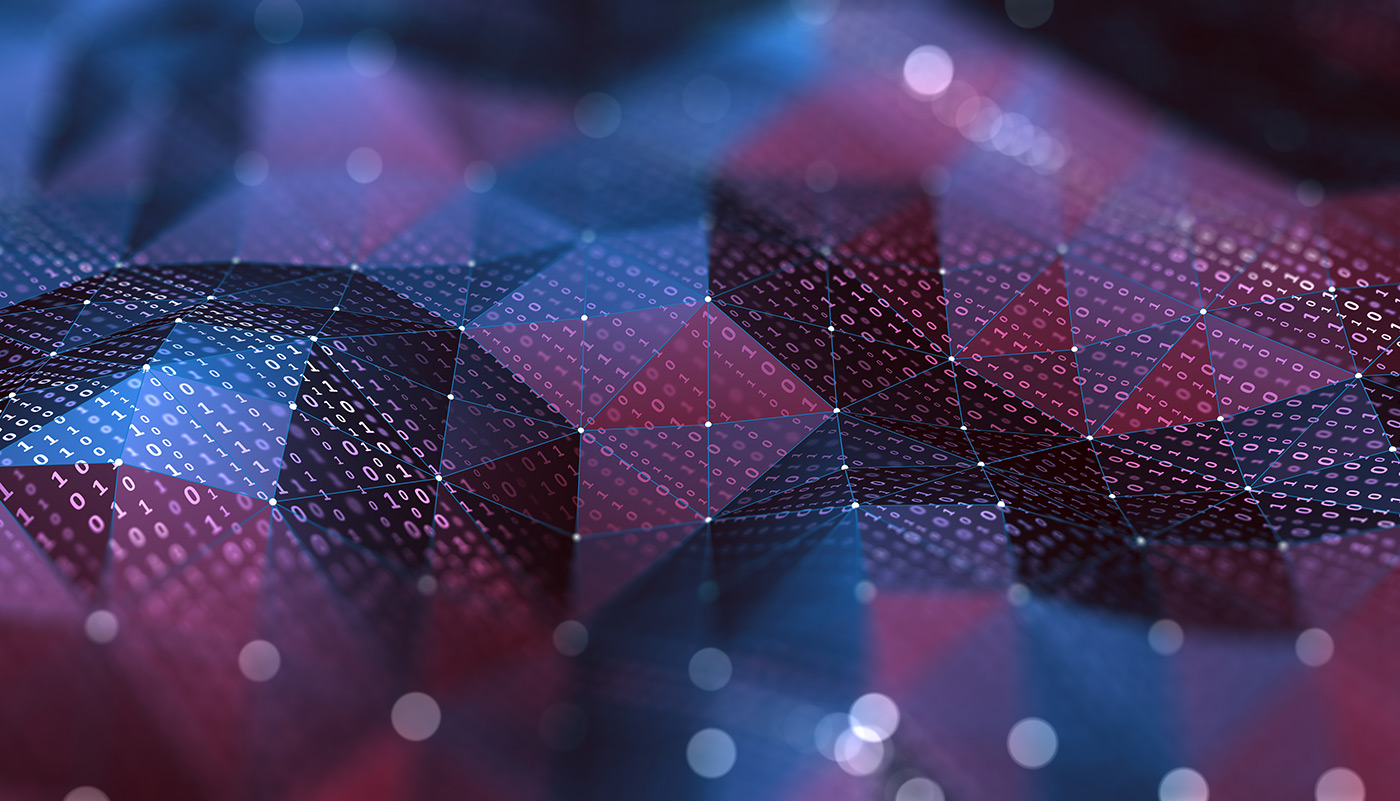 (Tuesday Market Open) Equity index futures are pointing higher as investors hope to build on Monday’s rebound. Monday was a wild day with the stock market living up to its roller coaster reputation. However, with Federal Reserve Chairman Jerome Powell meeting with the Senate today, investors could still be a bit skittish.

Stocks sold off on the open, with the S&P 500 (SPX) dropping 1.85% in the first hour but rallied off intraday lows to trim much of its losses. The S&P 500 closed down just 0.14%. The Nasdaq Composite (COMP:GIDS) led the selloff, falling 2.5% in the first hour of trading and easily broke the 14,900 support level. The next level of support would be around October 2021 lows near 14,200. However, the bulls refused to concede the line and pushed back to allow the Nasdaq to close 0.05% higher on a crazy day of trading. After spiking up over 23, the VIX (Cboe Market Volatility Index) subsided back below 21 as stocks rallied off their mid-day lows and closed at 19.33.

As expected on a down day, defensive sectors were the best performers in the morning when every sector was in the red. Utilities, health care, and consumer staples were down the least. However, by the end of the trading day, health care and technology closed in the green. Last week, the energy and financials sectors were among the strongest as oil prices and the 10-year yield (TNX) continue their respective five-week rallies, but both investments are reaching a historical level of congestion that could halt some of the growth.

Despite health care being one of the strongest sectors, Cardinal Health (CAH) fell 10% but trimmed its losses to close 5.92% lower. The company issued weaker-than-expected earnings guidance, prompting the drop. Cardinal wasn’t the only S&P 500 component to fall so much, Ulta Beauty (ULTA) fell 4.04% and Tapestry (TPR) fell 4.68%. Moderna (MRNA) was one of the best-performing S&P 500 constituents, rising more than 9% on news the company was collaborating with Carisma on a new product.

A few other stocks in the news included Airbnb (ABNB), which dropped 3.22% after being downgraded by Piper Sandler. Nike (NKE) was also downgraded by an analyst at HSBC from buy to hold over concerns about Nike’s ongoing supply chain issues, contributing to a 4.16% drop in the stock. Coinbase Global (COIN) fell more than 4% after bitcoin and ethereum led many cryptocurrencies lower. Take-Two (TTWO) fell more than 13% after announcing plans to buy Zynga (ZNGA) in a $12.7 billion deal. Zynga rallied more than 40% on the news.

Getting back to interest rates, Goldman Sachs analysts have changed their Fed forecasts and are now looking for the Fed to raise rates four times in 2022, targeting a federal funds rate of 1%, and to start shrinking its $8.8 trillion balance sheet. This appears to be in line with market forecasts; the CME FedWatch Tool is now predicting a near 80% chance of the Fed raising rates between 0.25% to 0.50% in March.

Goldman isn’t the only investment firm looking at higher interest rates. JP Morgan (JPM) CEO Jamie Dimon told CNBC that he would be surprised if the Fed only hiked interest rates four times in 2022. The 10-year yield rallied up to 1.81% before closing at 1.77%.

With interest rates and inflation on everyone’s minds, Today’s Senate banking committee hearing that will feature Federal Reserve Chairman Jerome Powell will likely attract a lot of eyes. The attention of consumers and voters on rising inflation has put a kink in President Joe Biden’s Build Back Better plans and frustrated many politicians looking to get re-elected in November 2022. And while it’s still very early in the year, a weaker stock market could add to a growing list of frustrations. So, Tuesday’s hearing will likely see questions along party lines. The real test may come Wednesday when the Consumer Price Index (CPI) is released, and the latest inflation numbers are visible.

On the positive side, after yesterday’s roller coaster, many of the major houses reiterated their higher targets for the S&P 500 in 2022.

Cryptos Have Been Bit

Investors appear to be increasingly more and more risk conscience and have been selling growth stocks in favor of value stocks and technology in favor of energy. Investors are also selling cryptocurrencies. Bitcoin is the largest cryptocurrency, and it fell 6% Monday morning, trading below 40,000 for a short time to match a September low. The second-largest crypto is ethereum, which also fell as much as 7% Monday morning, breaking below $3,000 for a short time. By contrast, bitcoin and ethereum topped out in November 2021 at $67,130 and $4,761 respectively. Bitcoin was able to right the ship throughout the day and was 0.03% higher when the stock market closed. Ethereum trimmed some losses but was still 2.02% lower at the close.

Despite the tendency toward “risk off”, small-cap stocks haven’t been hit as hard as other riskier assets. Don’t get me wrong, the Russell 2000 (RUT) fell 0.40% on Monday after rallying from a loss of 1.52% earlier in the day. The small-cap index is still down about 4.5% since it rallied to open the year last Monday. However, this performance really isn’t much different than the S&P 500. Additionally, the index has tested the same level of support that it held through 2021 and bounced back again from this level once again on Monday. If support continues to hold, it could be good news for small caps.

The common denominator here could be the strength of the U.S. dollar. The U.S. Dollar Index ($DXY) traded 0.22% higher on Monday and has risen more than 7% throughout 2021 against a basket of currencies not including cryptocurrencies. As the name suggests, cryptocurrencies are an alternative currency and are expected to generally move opposite of the U.S. dollar. While this has not been the case, it appears that rising U.S. Treasury yields, which tend to strengthen the dollar, have at least weakened cryptos in recent months.

Furthermore, small-cap stocks tend to perform better during a stronger dollar because they’re less likely to rely on global sales compared to their larger, multinational competitors. Instead, they generally focus on U.S. domestic sales. A stronger dollar tends to make American-made products more expensive to foreign buyers, which may result in fewer sales as consumers look for cheaper alternatives.
CHART OF THE DAY: TOUCHING DOWN. The Russell 2000 (RUT—candlesticks) tested historical levels of support once again but has matched the S&P 500 in relative strength (green). Data Sources: ICE, S&P Dow Jones Indices. Chart source: The thinkorswim® platform. For illustrative purposes only. Past performance does not guarantee future results.

Closer Look: Looking past the sectors to a more refined view, investors were buying retail food, biotechnology, tobacco, gold, and pharmaceutical stocks. Looking through the S&P 500, we can identify that some of these companies include Kroger (KR), General Mills (GIS), and Kellogg (K) in the food space. Moderna (MRNA), Amgen (AMGN), Gilead (GILD), and Pfizer (PFE) were higher in the biotech and pharmaceuticals groups. Phillip Morris (PM) and Altria (MO) rallied in the tobacco companies. Finally, Newmont (NEM), a gold mining company, rallied too.

All of these companies fall within the defensive groups except Newmont because it falls under the materials sector. While materials isn’t normally considered a defensive move, many investors look to gold as a safe harbor during rough waters, so a gold mining company like Newmont does make sense in this context.

Gold Coasting: Investors have traditionally seen gold as a hedge against inflation, but over the last year, we’ve seen plenty of inflation but not a lot of gains in gold. While gold futures did trade higher on Monday and have experienced some big swings over the previous year, it’s still trading almost 3% lower than where it was a year ago.

The attraction to the potential of cryptocurrencies could be to blame for gold underperforming in a time when it’s normally expected to shine. Money that may normally be moving into gold could be in bitcoin, ethereum, or any other cryptocurrency. However, if investors are buying gold mining companies, it could be that gold isn’t too far behind.