It feels like deja vu today as Treasury yields rise and put pressure on Tech. Meanwhile key budget and infrastructure legislation is under scrutiny in Washington and crude keeps rising. 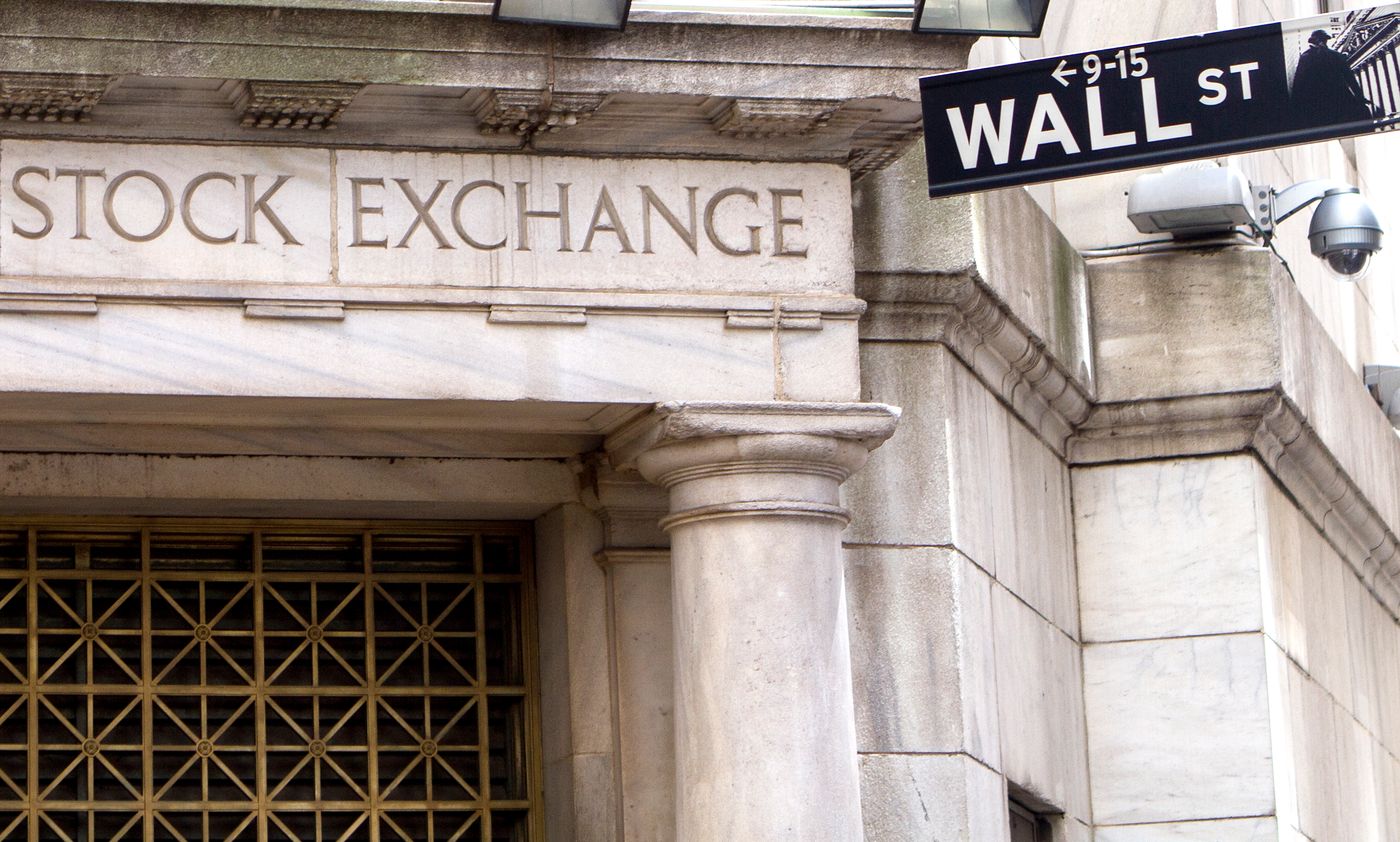 (Tuesday Market Open) Technology stocks came under heavy selling pressure early Tuesday as investors looked at a combination of uncertainty on Capitol Hill coupled with all but certainty that borrowing costs will increase. The yield on the benchmark 10-year note jumped more than 5 basis points to top 1.54%, its highest level since June.

In other words, the market is taking a pro-cyclical view, which means better economic  growth in the future, higher inflation, and higher bond yields. This tends to help “cyclical” sectors of the market like Energy but hurt “growth” ones like Tech. Rising prices can also mean cost pressure on company margins, so volatility could be expected for a while as we head into earnings season next month. Energy and Financials were the notable sectors trading higher in the pre-market hours.

If this feels like a deja vu moment, it could be because we saw the same scenario earlier this year when yields rapidly rose. Back then, the 10-year yield topped out near 1.75%, but not before sending many Tech stocks like Apple (AAPL) and Nvidia (NVDA) sliding.

Meanwhile, there’s a big vote hanging over our heads Thursday in Congress on the infrastructure bill, so that’s another factor to consider this week. Passage of that bill, which got bipartisan support in the Senate, could provide a bit of a tailwind to the Materials and Industrial sectors. On the other hand, worries about a possible government shutdown and the debt ceiling remain front and center.

All in all, there’s a lot going on right now and It’s important not to lose your head as others around you might be. Instead, consider taking a day or two to see how things play out before making any large position adjustments.

As budget season continues in Washington, investors are starting to get a bit antsy.

Arguably, the sooner something happens on Capitol Hill, the happier the market will probably be. Watching the sausage being made is typically a pretty ugly process. Right now, it might be less important how the sausage ultimately tastes and more important that it’s on the plate and ready to eat.

Back in 2011, if you’ll recall, a debt ceiling battle caused some turbulence in the markets as investors worried about potential impact on the country’s ability to continue borrowing at low rates.

In fact, you can’t rule out that the uptick in Treasury yields so far this week might reflect some investors exiting U.S. debt amid fear of a possible default, which would likely cause rates to move far higher. Volatility is also on the rise, as the Cboe Volatility Index (VIX) jumped above the notorious 20 level.

Looking for answers? Maybe Fed Chairman Jerome Powell or Treasury Secretary Janet Yellen have some. Both speak today, and their words potentially could move the markets.

Given the rate picture, it’s possible Energy and Financials could actually have a little more upside power. However, it’s going to be hard for any sector to rally much when Technology is under pressure.

As you’d expect, the so-called “value” parts of the market topped the leaderboard Monday as the 10-year yield scooted up above 1.5% for the first time since June. Yields have risen about 20 basis points over the last few sessions—a very quick move—based on growing ideas that the Fed could announce a taper of its stimulus in November.

These higher yields appear to be one factor behind the rally in Energy, Financials, Materials, and Industrials since the middle of last week. Those sectors often outperform when the economy gets its motor revving.

The Tech sector appears to be on the other side of this trade because higher yields typically mean higher borrowing costs for companies. Traditionally, the idea is that Tech is a sector where much of the expected growth comes in the future and companies are borrowing heavily to achieve their plans.

There’s nothing really wrong with this thinking and it may still be true for some companies, but it’s also important to remember that stocks like Apple (AAPL), Salesforce (CRM), and Microsoft (MSFT), along with many of the semiconductor stocks in Tech, wouldn’t be confused for start-ups and don’t tend to rely on debt to finance what they’re doing. While Tech took a dive earlier this year amid rising yields, there’s no rule saying that has to happen again.

The other market on the move as the yield game plays out is small-caps. The Russell 2000 Index (RUT) of small-caps led all the major indices Monday. It’s heavily weighted toward banks, which tend to benefit from higher yields. Also, the Fed’s recent optimism about the U.S. economy—along with falling daily Covid cases—might be giving small-caps a lift. These companies are often more reliant on domestic economic trends.

As selling pressure increases today, it might be doing some technical damage on the charts. The S&P 500 Index (SPX) skidded below its 50-day moving average for a while last week, and it’s been in a pattern lately of lower lows and lower highs—traditionally a bearish scenario. The 50-day moving average entered this week near 4442, so we might eventually see if support there can hold again on any downturn.

CHART OF THE DAY: FINANCIAL RETURNS. The S&P Financial sector (IXM—candlestick) has been closely tracking the S&P 500 Index (SPX—purple line) lately after falling far behind it earlier this year. Recent hawkish talk from the Fed has helped give banking stocks a boost, and so has an impressive performance from the sector in quarterly earnings so far in 2021. Data Source: S&P Dow Jones Indices.  Chart source: The thinkorswim® platform. For illustrative purposes only. Past performance does not guarantee future results.

Value Proposition: If you’re tempted into thinking last week’s nice turnaround in the market represented the first leg of a broad new rally, research firm CFRA wants a word with you. While Wednesday and Thursday last week both saw 80% of stocks advancing and 80% upside volume, the firm said, this traditional bullish indicator might actually be what’s sometimes called a “bull trap.” Instead, it may be worth pondering what CFRA had to say in a note early this week. “Without the more significant improvements in the trends for supply and demand, market breadth, demand intensity, and momentum, the market likely remains vulnerable to further weakness,” the firm said.

Another thing maybe playing into this is the continuation of premium valuations for the major indices. The forward price-to-earnings (P/E) valuation of the SPX is nearly 21, compared with the five-year average near 18 and the 10-year average near 16, according to research firm FactSet. A strong Q3 earnings season could cut into the high values, perhaps, but FactSet doesn’t predict a return to the meteoric earnings growth of Q2, in part because comparisons vs. a year ago are getting tougher.

Could Crude Rally Be Almost Done? Though one major investment bank on Wall Street now predicts $90 crude, there are some elements working against that kind of rally. First of all, current levels around $75 for U.S. crude represent a technical resistance level that’s held for nearly three years. In both 2018 and earlier this year, crude hasn’t been able to claw its way above $76 for very long and actually stake a claim. Each time, it’s pulled back pretty dramatically.

Second, we’re heading into what’s traditionally a lower demand time of year as summer “driving season” ends around the U.S. and Canada. Traditionally, prices tend to fall in Q4, though not always.

Another factor to consider is the U.S. dollar, now at its strongest level in almost a year thanks in part to rumblings about a possible stimulus taper from the Fed. The dollar and crude historically have an inverse relationship, with a higher greenback often weighing on crude. So far, that’s not happening in this cycle, at least not yet. Don’t necessarily count out the possibility, however.

The Energy sector is riding high now on the crude rally, and that’s helping lift the Energy-heavy Dow Jones Industrial Average ($DJI) compared with the other major U.S. indices. However, as we‘ve often pointed out, the “Dow” isn’t the market, so take any headlines about its rally with a grain of salt. It’s only 30 stocks.

Perfect Storm Brewing in Natural Gas? It’s not even winter yet and natural gas prices are soaring. In the U.S. prices are about three times higher than a year ago. What gives?

A confluence of factors. We appear to be experiencing a hangover from last year when oil and gas were so cheap that companies stopped drilling because the margins were so thin. Then we had last February’s freeze in Texas that clogged wells with ice, followed by a hot summer. Don’t forget, natural gas is used to create electricity, which runs all those air conditioners. Add a drought in the West that has dried up hydropower production. And don’t forget Hurricane Ida that knocked off gas output in the Gulf of Mexico, plus more retiring coal plants. A list has just been created for a supply shortage just as seasonal winter demand approaches.

About half of all homes in the U.S. use natural gas for heating. But homeowners aren’t the only ones expected to feel the cold. Rental-home firm Invitation Homes (INVH), apartment owner UDR (UDR) and other landlords will get stuck with the higher bill, or pass it on to tenants. Big Box retailers with huge spaces to heat, like Costco (COST) and Target (TGT) can also expect to see higher utility bills. Even online retailer Amazon (AMZN) has to keep the heat on for its warehouse workers, whose ranks are expected to expand as the holidays approach. Now might be the time to dig out those warm socks before  higher utility costs are passed on to consumers.