Markets are impacted differently by rising interest rates. Make sure you know how rising rates could impact investments. 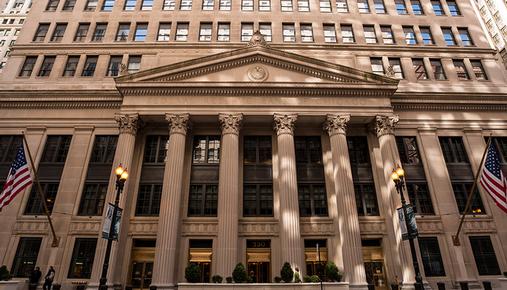 If there’s one thing the markets have taught us over the years it’s to expect the unexpected. That’s certainly been the case lately with the potential market impacts of rising rates. The 30-year rally in bonds may come to an end as interest rates rise from record lows. The S&P 500 (SPX), NASDAQ Composite (COMP), and Dow Jones Industrial average ($DJI) all recently surged to record highs. The Federal Reserve and many central banks around the world have maintained an accommodative monetary policy through quantitative easing and low, sometimes even negative, interest rates.

The Fed has been extremely cautious about changing its monetary policy too fast to avoid slowing a fragile economic recovery since the financial crisis of 2008.  But it’s starting to look like the Fed could hike rates much sooner than originally expected after its 25 basis point hike in December. As of March 3rd, The CME Fed futures are predicting about an 80% chance of a 25 basis point hike at the Fed’s upcoming meeting in March—this changes on a daily basis and is impacted by many factors including global markets, politics, and more. So, what’s changed that’s increasing the market’s expectations for the Fed to hike rates faster?

There’s a ton of factors the Fed evaluates when deciding its monetary policy. Inflation, economic growth, and interest rates are all intertwined and changes to one will impact the others to some degree. The Fed’s dual mandate is to maximize employment and stabilize prices. Several Fed governors and Janet Yellen have taken a more hawkish tone as the US labor market remains close to maximum employment, inflation is close to the Fed’s target rate of 2%, and there is a lot of optimism for President Trump’s economic and tax policies. But there’s still a lack of detail surrounding the specifics of many of these plans and policies. Regardless of details, investors appear to be optimistic and confident in the prospects of economic growth under the new administration.

Bear in mind that stronger economic growth can often cause higher inflation and higher employment levels, which are the two big determinants of when, how much, and how quickly the Fed will raise interest rates. We know the Fed will eventually raise rates, we just don’t know when future rate hikes will occur and their size.  Economies and markets worldwide also have an impact on the Fed’s rate hike decisions. This makes it difficult to try to predict the future movement of interest rates. But we can look at some of the impacts of rising rates on different markets and think about how it might impact portfolio allocations.

Bond prices and interest rates are inversely related. When interest rates rise, bond prices fall and vice versa. However, a rise in interest rates doesn’t impact all fixed income investments equally. Generally, the longer the maturity—or duration—of your bond or bond funds, the greater the impact of rising rates.

The price of lower coupon bonds and bonds that pay a fixed coupon can be more affected by rising interest rates than bonds with a floating, or step-up, rate. This is because the coupon on floating rate bonds is pegged to a benchmark rate like LIBOR, which is impacted by changes in the Fed Funds rate, and will rise if rates are increased.

For investors who hold bonds to maturity, a rise in rates will not have an effect on the coupon payment you receive, or the principal payment you receive when that bond matures, barring bankruptcy or other credit event. But the bond price will likely fall in value when rates rise. So if you need to liquidate your bond prior to maturity, you may incur a loss on your investment. This could have a big impact on investors who bought bonds with maturities that weren’t consistent with their liquidity needs and risk tolerance.

Rising rates can make stocks less attractive as yields rise on lower-risk investments, but revised growth expectations could further complicate the picture. Banks and financial companies that earn money from borrowing and lending can benefit from rising rates. Depending on what economic policies are enacted and how quickly interest rates rise, it might not have as strong of an impact on the attractiveness of stocks. The markets don’t operate independently of each other so it’s hard to say what the impact of subsequent rate hikes will be on stocks. Often, stocks with higher dividends decline as investors rotate into fixed-income investments. But, this can depend on current yields, how quickly yields are expected to rise, and the risks of different investments. At this point, many have expected rates to rise for quite some time so its possible stock valuations reflect this to some extent.

The U.S. dollar has rallied strongly since late 2014 and rising rates could push the dollar even higher. This is usually a negative for large, multinational companies that generate a larger portion of earnings abroad. A stronger dollar makes their goods more expensive abroad, which could lead to reduced demand in certain countries and reduced profit margins.

Whether you’re evaluating a potential investment or your current portfolio, consider the economic and market conditions that could have an impact on its return. A rising rate environment impacts different investments in different ways. What’s important is investors have a plan before interest rates rise. A well-diversified portfolio is typically the best defense against market movements (although, diversification does not eliminate the risk of experiencing investment losses). Anytime market conditions are shifting in a big way, it’s a good time to examine your portfolio and risk exposure to make sure it lines up with your investment goals. If you’re not comfortable with your risk exposure, it could be time to slowly start making some changes.

Editor’s Note: This article is an update of the original Federal Reserve: Rising Interest Rates and Market Impact published on December 6, 2016.

Connecting the Dots: Investor Guide to Tracking Fed Policy Projections with the Dot Plot 5 min read What’s It Like to Live with Negative Rates? We’re Already There, So Consider How to Position 5 min read What's the Repo Market and What Might Cause a Spike in the Overnight Lending Rate? 5 min read

All investing involves risk, including loss of principal. Stock markets are volatile and can decline significantly in response to adverse issuer, political, regulatory, market, or economic developments.