Consumers Seem Healthy, But Did They Shop in Q3? Retail Earnings Next

Retailers prepare to open their books as Q3 earnings season nears its end. 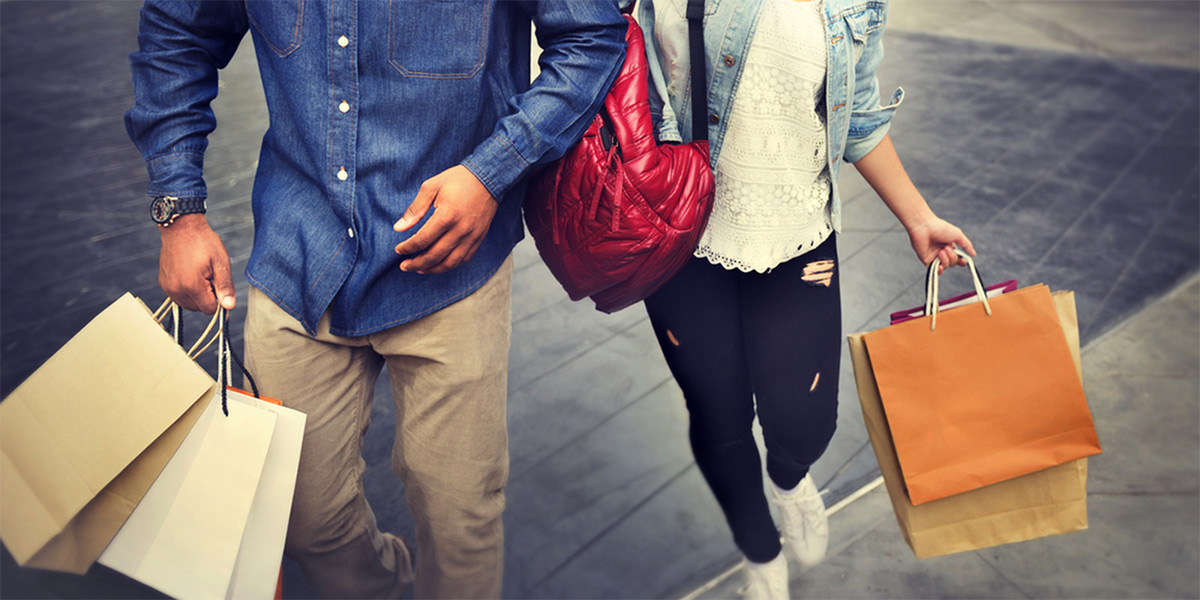 The waning weeks of earnings season are upon us, which means many major retailers are next in line to open their Q3 books.

As they lay out the goods, analysts will be looking for the impact of the “two Cs”—consumer spending and consumer confidence—on places known to clothe and feed those customers.

And, of course, retail earnings offer investors a chance to hear what big-box and department store executives’ expectations are for the coming weeks, the busiest shopping season of the year when holiday gift-giving is at its peak.

Maybe executives can provide more insight on early reports of solid holiday demand. Roughly 40% of consumers have already started shopping, the National Retail Federation reported recently. The NRF is predicting that retailers will ring up about 4% more in holiday sales during November and December than they did last year for a total approaching $730 billion.

Could the healthy consumer environment mean more people driving to malls and big box stores to shop at places like Macy’s (M) and Kohl’s (KSS) that showed signs of struggle in the summer quarter? Retail earnings could provide a clue.

KSS saw same-store sales slide in Q2, but its recent partnership with Amazon (AMZN) seemed off to a good start. We’ll see if that continued to provide some lift in Q3.

Macy’s had a really rough Q2 when it came to earnings per share, so the pressure could be on to show it had some improvement in Q3. Back in August, the company said it expected net sales to be about flat for the year, with same-store sales expected to be flat to up 1%. Any change in that guidance might get a close look from investors.

Which Comes First: Confidence or Spending?

Consumer confidence and consumer spending are among the two leading indicators of retail earnings. The two usually go hand-in-hand. If confidence is strong, spending could be too. If spending dips, it might mean confidence is waning.

Of course, employment has a big hand in that too. When people are employed, they have the confidence to spend money. And guess what? All those factors have been relatively strong through most of this year, despite a few hiccups along the way.

Consumers are still opening their wallets, as seen in last week’s household spending data from the Commerce Department, up a seasonally adjusted 0.2% in September from August, though at a slower pace than a year ago.

Even when there are some signs slippage in sentiment, consumers are mostly working and still spending, according to Prosper Business Development, which tracks consumer-centric insights and analytics.

What they’re doing a lot of is spending carefully, researchers say. Or, in other words, buying on the cheap amid this shifting retail landscape. That’s why many analysts expect discount retailers like Walmart (WMT), Target (TGT), Costco (COST), and Dollar Tree (DLTR) to be among the biggest winners in the retail earnings game.

Who Wants to Pay Full Price? No One

BIGInsights’ October monthly shopping strategy survey, for example, found that more than 60% of consumers say they usually buy clothing when it’s on sale, no matter what income level they’re at. Discounters push their low prices to value-seeking shoppers looking for deals.

That’s partially behind Moody’s Investor Services’ claim that discount and warehouse clubs, supermarkets, off-price and auto part retailers were some of the best performers in 2019, which the rating agency expects will continue to boost performance in 2020.

Many analysts look for that spending to be reflected in the last batch of quarterly earnings reports spilling out through the end of the month.

WMT’s earnings are expected to come out Thursday, Nov. 14, ahead of the market’s open. Though WMT stores certainly sell a number of everyday household goods at reduced prices, that’s not what many analysts say they will be looking for when WMT’s earnings are released.

It’s grocery sales. WMT stores are said to have a commanding 22% share of all sales in the U.S. grocery sector, an $847 billion industry.

And the world’s No. 1 retailer is keeping its place against the big kahuna of online sales, Amazon (AMZN), expanding its grocery pickup to 2,700 locations, challenging AMZN with next-day delivery and its recently launched in-home grocery business that delivers fresh food right into people’s kitchens and refrigerators.

Grocery sales account for more than 50% of WMT’s total sales, according to Edward Jones analysts. Loop Capital Markets analyst Andrew Wolf, however, worries that falling food prices are squeezing gross margins at a time when the gap between WMT and its rivals is narrowing. Stay tuned.

WMT is expected to turn in earnings of $1.09 a share, according to third-party consensus estimates, a penny higher than the same period a year ago on sales of $128.5 billion, up from $125 billion last year.

The Good and the Gather

TGT food sales aren’t as robust as WMT’s, but have been improving with seven straight quarters of better same-store sales growth and six quarters of market-share gains. To boost its grocery revenues, which account for 20% of total sales, TGT has begun rolling out a new private-label brand called Good & Gather.

TGT said in its August announcement of the new brand that it expects more than 2,000 items under the Good & Gather name will be available in stores by the end of 2020. It also is counting on it to become a multi-billion-dollar brand. Analysts said they want to know how that’s going in the early stages.

TGT is expected to report earnings before the market opens on Nov. 20. Analysts, on average, are forecasting per-share earnings of $1.17, up from $1.09 in the year-ago period, on sales of $18.5 billion, higher than last year’s $17.8 billion.

DLTR is among the discounters that AMZN can’t seem to crack, according to analysts. AMZN has launched attacks against DLTR in a battle for its low-income customers who like the treasure hunt experience at a store that still only charges $1 for each item. The merchandise in DLTR’s aisles typically sells at a 20% to 40% discount to traditional supermarket and drugstore prices.

Analysts said they’ll be listening to how DLTR expects to continue to win that war and what its expansion plans are. Remember, this is a bricks-and-mortar retailer that is still opening new stores, reaching 16,000 this year.

DLTR is slated to report earnings before the bell rings Nov. 27 and according to analysts is projected to see per-share profits slip to $1.13 from $1.18 even as sales grow to an anticipated $5.74 billion from approximately $5.5 billion in the same period a year ago.

As always with retailers, it’s important to consider that some stores may have rough quarters for reasons of their own. Even if a few miss expectations, the overall picture is probably going to be positive if consumers are as healthy as they seem.

One concern some people have going into retail earnings season is that AMZN did have a rough quarter. However, that could reflect that for some people, it’s important to look at and touch items before buying. That shows there’s still a place for traditional “brick and mortar” stores, even as those stores keep the pressure on AMZN with their own delivery and in-store merchandise pick-up options.

Walmart (WMT) is scheduled to announce earnings before the market opens Thursday, Nov. 14

Kohl’s (KSS) is in line to open its earnings books ahead of the start of trading Tuesday, Nov. 19.

Target (TGT) said it will report earnings before the bell rings Wednesday, Nov. 20

Macy’s (M) is on tap to deliver earnings ahead of the start of trading Thursday, Nov. 21.