"Buy-furcation:" Retail Earnings Could Highlight Split Between Brick-and-Mortar vs. E-Commerce

The slow transition from brick-and-mortar to online shopping seems to have kicked it into high gear during the COVID-19 pandemic—but how much? And what might happen when shopping centers and other retail outlets begin to reopen? Retail earnings ahead. 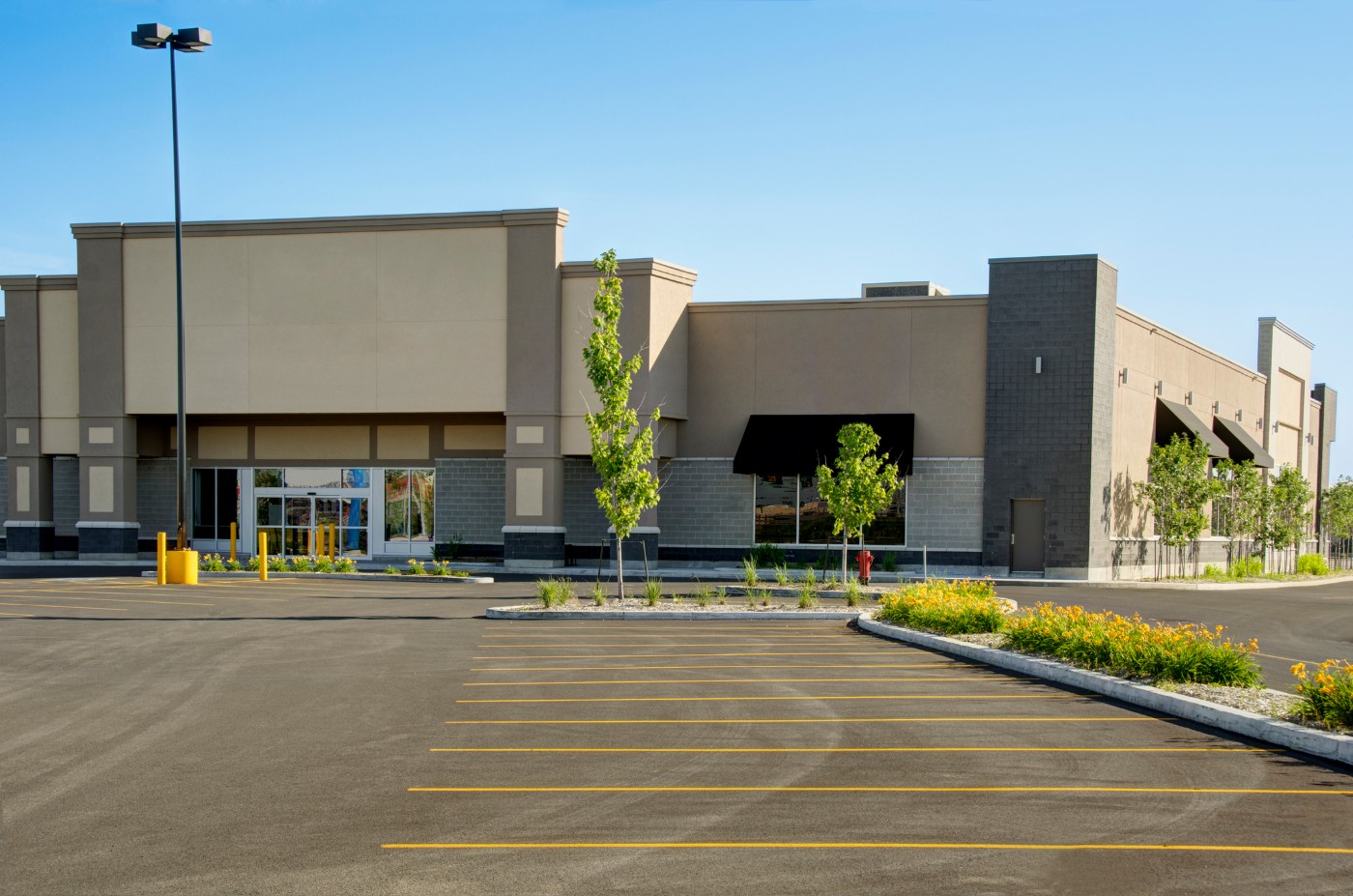 For retailers, Q1 earnings might resemble a Charles Dickens novel  as a tale of two sectors: Essential and nonessential—or perhaps brick-and-mortar and e-commerce.

Companies with the goods consumers needed as they hunkered down at home are widely expected to have rung up relatively healthy sales numbers, analysts said. Those that sold discretionary items probably struggled.

And it could be better yet for those essential retailers with strong e-commerce platforms to peddle food, aseptic solutions and even lumber (home repair projects seem popular now as people can’t really go anywhere). Non-store retail sales in March, at the onset of the shutdown throughout the U.S. slipped 3.1%, according to the Commerce Department. That sounds disappointing, but not when you look at overall retail sales that month falling 8.7%, making March the worst month ever for retail sales in data going back to 1992.

As many stockpiled food and filled medicine cabinets and linen closets with health and personal-care products, retailers hawking groceries, toilet paper and other household products generally saw their stocks surge while those offering discretionary items sputtered.

The results for retailers such as Target (TGT), Costco (COST), Home Depot (HD), and Lowe’s (LOW) might offer a peek into what consumers were buying and doing during their quarantines. Apparel sales overall tumbled 50.5%, according to the Commerce Dept; grocery store sales vaulted 26.9%. As Amazon showed us during last week’s conference call (see below), you have to get those top line sales numbers into the bottom line.

Those considered nonessential, like Macy’s (M) and Kohl’s (KSS) that sell goods besides apparel like footwear, beauty products, and housewares, struggled under the weight of store closure and shift to non-discretionary purchases. Unlike their essential counterparts that were mostly open for business, discretionary retail storefronts were nearly all dark, closed by state and city mandates throughout most of the country for much of the quarter.

Investors might expect to see that reflected in the earnings results that will begin to trickle out in coming weeks. They might also go into earnings season with their eyes wide open: Even those stores that were allowed to let consumers in and had robust online sales platforms could well have found their expenses went through the roof.

If Amazon’s (AMZN) results and forecast are any indication about what might be ahead for other essential retailers, do as Amazon Chief Executive Jeff Bezos suggested to his shareholders: “You may want to take a seat.”

J Crew just did. They filed for Chapter 11 bankruptcy in what CNN called “the first major retail casualty of the pandemic.” The company is privately held.

The Rise and Quarantine Fall

For many retailers, including department stores, the quarter started out on a strong note. After a buoyant holiday season, consumers looked like they were willing and able to spend.

But when the winds of coronavirus blew in, the quarter took a nasty turn for all but a handful of retailers. The quarantines, of course, put a dent in consumer spending. But it’s the massive job loss that’s likely punched it right through.

When retailers open their books on the period, investors might best be prepared for the devastation that tens of thousands of shuttered stores for weeks and weeks did to sales and balance sheets.

For many, sales could be down in very high double digits; for others online sales might have soared but probably not nearly enough to balance the loss of foot traffic and impulse purchasing that happens in stores.

AMZN, for example, said its sales jumped 26.5% but its net profit plunged more than 30% as costs of running the business—think social-distancing and personal protection equipment, logistics and delivery, and high labor hiring and training—skyrocketed (see chart below).

FIGURE 1: THE ZIG AND THE ZAG. As a whole, the S&P Retail Select Industry Index ($SPSIRE—candlestick) took it on the chin in early 2020, but shares of e-commerce giant Amazon (AMZN—purple line) went the other way, rising to new all-time highs. Data sources: S&P Dow Jones Indices, Nasdaq. Chart source: The thinkorswim® platform from TD Ameritrade. For illustrative purposes only. Past performance does not guarantee future results.

TGT already has said much the same. Same-store sales in Q2 were up 7% compared with 1.5% in fiscal Q4. Online sales doubled, partially offsetting in-store sales declines. And remember, TGT stores have been open during the stay-at-home directives.

In a recent interview with CNBC, Chief Executive Brian Cornell of TGT said he sees the company as a big winner in a post-pandemic world. Investments in e-commerce and its workforce, Cornell said, will lead to “market share gains that I think will benefit the brand for years to come.”

He gave very little insight into estimates for TGT’s quarterly earnings, but noted that higher labor costs, sales of more low-margin items like food and dairy, and write-downs of low-selling but higher-margin items like apparel and accessories, might take a toll on the bottom line.

Published reports throughout March and April abounded about how busy HD and LOW were as the professional and amateur do-it-yourselfers bombarded the stores.

On one side, many states and cities considered construction as essential business while many homeowners considered home repair a keep-busy quarantined project, or as one paint sales clerk told the Washington Post, “Every ‘honey-do’ list is getting done.”

Early on, both retailers fielded loads of complaints about long lines, little social distancing, and lack of PPE. LOW had a nationwide computer glitch that forced it to take only cash at one point, angering some customers.

Most of the early rush problems were solved ahead of the important spring selling period that has just begun. Still, both retailers were facing more difficulties as handfuls of employees on the floors, at the counters, and in the warehouses came down with COVID-19.

Investors are likely to hear a lot about cash maintenance this year. It may never have been more apparent this past quarter for so many retailers that cash is indeed king. And, as many analysts point out, we’re talking about capital preservation during this earnings season more than, well, earnings.

Many followed the path M took: It aggressively preserved cash, made plans to slash its $1 billion capital budget in half, and is rethinking the size of its footprint, Chief Executive Jeff Gennette said during a “fireside chat” last week.

Macy’s announced earlier this year it would close 125 stores in 2020 and early 2021 but that could be up in the air now. “We’re obviously looking at that,” Gennette said.

And about the retail landscape looking different in a post-pandemic land, Gennette commented, “I know it’s going to change the competitive landscape, not just at Macy’s … but what happens to all of our competitors? Is there going to be less of them and how do we have to think about that?”

Are 125 store closings enough? “We’re debating that,” he said. “We’re evaluating all of that as another element in all of our decisions.”

KSS has relied more on “buy online/pick up in store” (BOPIS) model, an acronym that has led to long lines in KSS parking lots while in-store shopping was prohibited. Adobe Analytics said last week that online sales in the U.S. jumped 49% from March 12 through April 11, with a baseline set March 1-11.

BOPIS orders catapulted 208% from April 1 to April 20 compared to the same period a year ago, Adobe Analytics said. And analysts expect BOPIS to carry over in whatever the new “normal” is for shopping. Many have said they expect to hear more about retailers’ plans to fully integrate it into sales plans going forward, though it’s tough to imagine what the parking lots are going to be like.

As the quarter progressed, reports of retailers dialing down on lines of credit became commonplace. Some badly needed the fallback to carry them through weeks and months of uncertainty; others simply to build a war chest for the post-pandemic collapse of competitors.

Analysts said they anticipate the credit situation to be a frequent topic of conversation on Q1 conference calls. Also, it might be worth keeping an eye on downgrades from ratings agencies.

Expect the looking-ahead part to be tricky too. Most CEOs have admitted on earnings conference calls already that they’d be lying if they said they could paint a picture of what the next couple of quarters might look like.

It looks like a case of “They don’t know because they don’t know what they don’t know.” Will COVID-19 fade away in Q2? If it does, will it reappear in the fall? And what about a vaccine? A cure? Even reliable treatment?

Those are questions undercutting guidance, but companies and analysts alike have been warning investors that Q1 wasn’t pretty by most accounts, and Q2 could be downright ugly. Stay tuned.