October Outlook: After a Shaky September, Volatility Looms Ahead of Election, Earnings

It’s been a wild year so far with the pandemic, and now a presidential election is just a few weeks away. Between election news, earnings season, and hopes for a vaccine, October seems to promise plenty of action. And volatility. 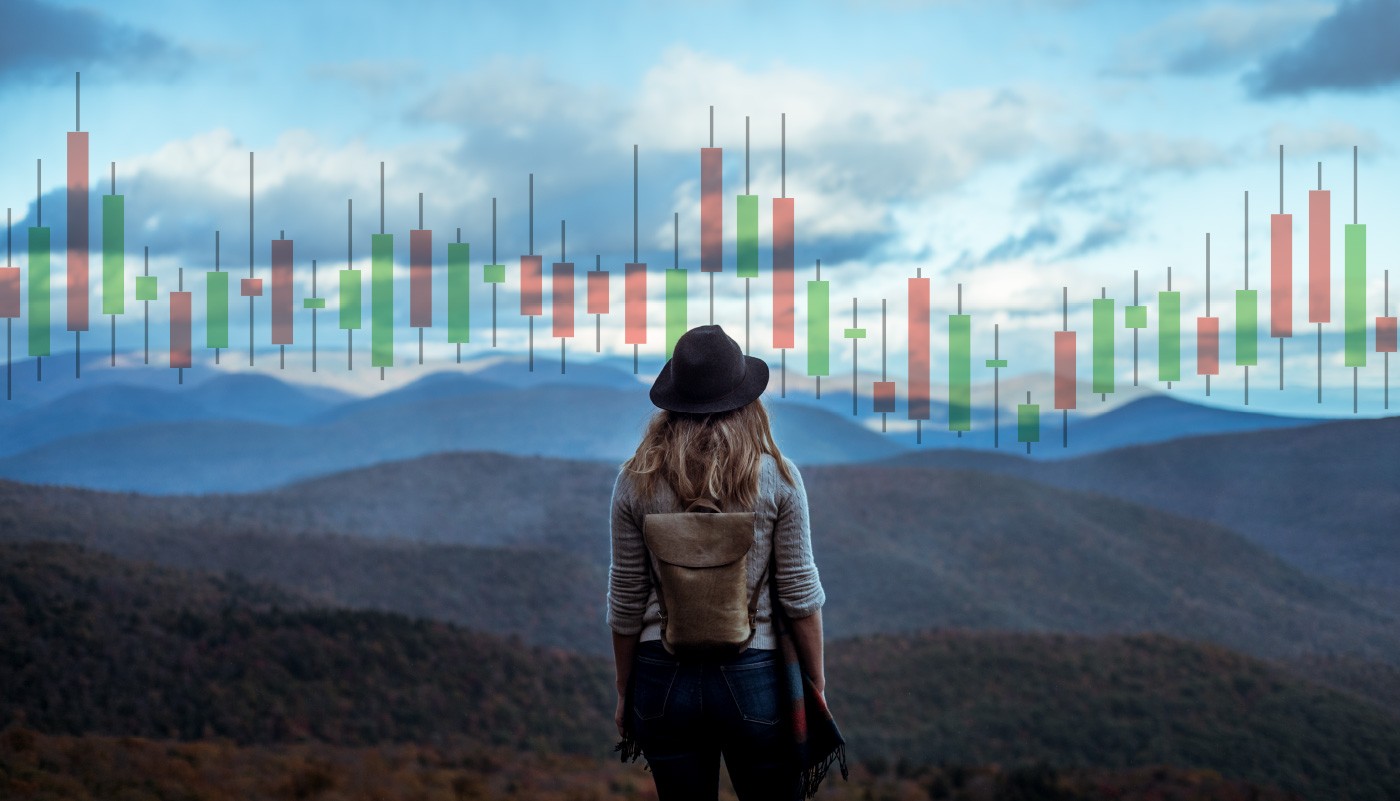 If this year hasn’t been wild enough for you yet, welcome to October.

History shows that the month before a presidential election often brings turbulence to Wall Street, and this year looks no different. In fact, when you mix in the pandemic—now entering its eighth unwelcome month—this October might be one of the most unpredictable in history as election rhetoric heats up in a big way.

We’ll get to the election, but coronavirus overshadows everything right now, and unlike the election, there’s no end date for it. One medical expert compared virus outbreaks to the forest fires out West. New ones keep taking blaze even while old ones get extinguished, and no one is sure where the next one will start.

The race for a vaccine could end up in the October spotlight. It’s possible that sometime in the month, investors might see initial data from major Phase III trials now underway, or at least get a progress report. If any of the trials have a hiccup, that could set the market on edge. Vaccine trials are tricky, and it’s hard to believe they’ll all go smoothly.

Some of that “edginess” is already getting built in. Volatility, as measured by futures on the Cboe Volatility Index (/VX), is expected to start inching up in early October and stay elevated all month. Even if VIX doesn’t rise much, be prepared for plenty of intraday volatility.

FIGURE 1: A SEPTEMBER TO FORGET: September is on pace to be the first negative month since March for the major indices, with the S&P 500 Index (SPX—candlestick) doing only slightly better so far than the Nasdaq 100 (NDX—purple line), which has been pressured by heavy selling of the biggest Tech names. Data sources: S&P Dow Jones Indices, Nasdaq. Chart source: The thinkorswim® platform from TD Ameritrade. For illustrative purposes only. Past performance does not guarantee future results.

September was on pace to be the worst one in 18 years after August was the best in more than three decades. What’s the sum of all that? It’s like August and September never happened. As of late September, the S&P 500 Index (SPX) was roughly back where it ended July. The market ran all over the place for two months and ended up going nowhere.

Get Ready for More Whipsaw Moves

Make no mistake: Investors are preparing for stormy weather going into November as this hard-fought presidential race comes down to the wire and new virus-related shutdowns get announced everywhere from Israel to England. That could mean whipsaw moves in the major indices becoming a daily phenomenon. We got a preview of that in late September with wild swings in both the regular and overnight sessions.

Things are likely to get more intense as the weeks roll by, and any tightness in the polls could elevate that. If there’s one thing the market doesn’t like, it’s uncertainty. The prospect of an undecided presidential race like in 2000 is about as uncertain as things come. If races in key “swing states” look close as Halloween approaches, we could see action similar to the move in the last weeks before the 2016 election, when the SPX suffered a long stretch of red.

The case for choppy markets got more support in late September with the death of Supreme Court Justice Ruth Bader Ginsburg and the possibility of a quick replacement nominee. Ginsburg’s death arguably made the political scene more hostile, decreasing the probability of a new fiscal stimulus deal getting done. This delivered a blow to the stock market that might spill over into the new month.

It’s likely some of the August rally reflected investors building in chances for a stimulus, but now that seems to be off the table. It’s quite a surprising development, actually, with the election coming up and unemployment remaining above 8%. Without fiscal support, it’s very possible that economic data could start to deteriorate as October moves along.

Decent data over the spring and early summer helped support stocks, but signs of slowing progress in August started to hurt the market in September. Jobs growth eased and retail sales—a benchmark consumer sentiment barometer—failed to impress. These could be signs that lack of fiscal support is starting to hurt people in their pocketbooks.

As if the Election Weren’t Enough, We Also Have Earnings

Also looming large is the start of earnings season in mid-October. The previous earnings season saw companies generally do better than analysts had expected, with more than 80% of S&P 500 companies beating relatively low expectations. Still, a nearly 32% decline in S&P 500 earnings, according to research firm FactSet, was far from optimal.

The Q3 doesn’t look much better, with FactSet projecting an average earnings drop of 21.8%. That would mark the sixth quarter in the last seven of falling earnings per share for major U.S. companies.

Worse for investors, maybe, FactSet expects the Financial sector to be among the bottom-four earnings performers. That’s bad for two reasons. First, because when Financials struggle, traditionally it’s hard to sustain broader rallies. Second, because the big banks lead off earnings season in mid-October and might help set the tone for everyone else.

All eyes are likely to focus on the usual suspects like JP Morgan (JPM), Goldman Sachs (GS), and Bank of America (BAC) when earnings season begins, and investors could be looking for insight into the economy from bank CEOs. The banks have done a great job all year rolling with punches from the pandemic, cutting costs and piling up protection against the possibility of loans going south.

However, they need a growing economy to grow their businesses and not simply play defense. An additional fiscal stimulus would arguably have helped. The housing market has been one bright spot, with August new home sales rising sharply. This could potentially help some of the regional banks and big banks like Wells Fargo (WFC) that are major players in the mortgage industry.

Another business that needs any help it can get is the airline industry, which is also on deck for some key quarterly reports in October. United Airlines (UAL), Alaska Air (ALK), American Airlines (AAL), and Delta (DAL) are among the major airlines expected to report.

Investors should consider focusing on these airlines’ cash situations as money from the first stimulus runs out. There’s already been talk of massive layoffs. However, politicians in Washington are starting to lay the groundwork for what could be another possible round of airline help. If that measure can’t go wheels-up before long, stumbling airline stocks might take another hit.

Tech took a major hit in September amid ideas that the sector might have gotten overvalued. One key to October is how the Techs do. There were signs in late September that some of the “FAANGs” might have gotten down to price levels where investors were starting to take a nibble, and that needs to pick up if the market is going to recover much in the new month.

It’s becoming very hard to have any kind of broad-based rally without Tech’s participation, simply because Tech and Communication Services—a sector that includes a bunch of stocks people generally think of as Tech like Amazon (AMZN), Facebook (FB), and Alphabet (GOOGL)—form such a huge chunk of the overall market’s value.

Speaking of AMZN, October is traditionally the month when investors start thinking about the holiday season and its potential impact. Early estimates from retail experts don’t look too optimistic in this time of COVID, unfortunately. Bright spots might be online shopping, which Nike (NKE) reported rose substantially in its most recent quarter, and the possibility of AMZN holding its “Prime Day” sometime in October, though nothing is confirmed.

As October rolls along, there’s probably going to be a lot of poll watching and dissecting, along with speculation about what certain outcomes might mean for the market. You might hear that a Democratic victory would be bad for sectors like Health Care, Energy, and Financials because of that party’s traditional stance on regulations. Or you could hear that a Republican win might be good for Wall Street because of hopes for lower taxes and an easier regulatory framework.

Going into October, the election-related issues that appear to be causing some worry among investors include taxes and health care policy. There’s also debate about how different election outcomes might affect U.S. trade policy with China.

In the final weeks ahead of the election, it’s likely some of the bigger institutional investors will start getting positioned ahead of time. How will we know this and what should we watch for? Look for possible moves in the Health Care sector, because depending on election results, policy changes could come there. Financials could also start moving one way or another, as they tend to be regulatory targets. Stocks with exposure to trade with China might also come into the spotlight.

However, it’s not necessarily a good idea to make a huge deal over possible policy outcomes in the near-term, because things aren’t going to necessarily change right after the election, whichever party comes out ahead. That’s more of a 2021 issue.

Remember, as an investor, it’s not your job to predict who might win the election and position yourself for possible consequences in the market. That’s hard to do even if you’re a professional. If you own shares of good companies, they may be affected by the outcome, but they’re still going to be good companies.