The October's stock saw volatile trading that had investors on a rock ride as earnings season got underway. The Nasdaq plunged into correction territory in a sudden late-month slide. 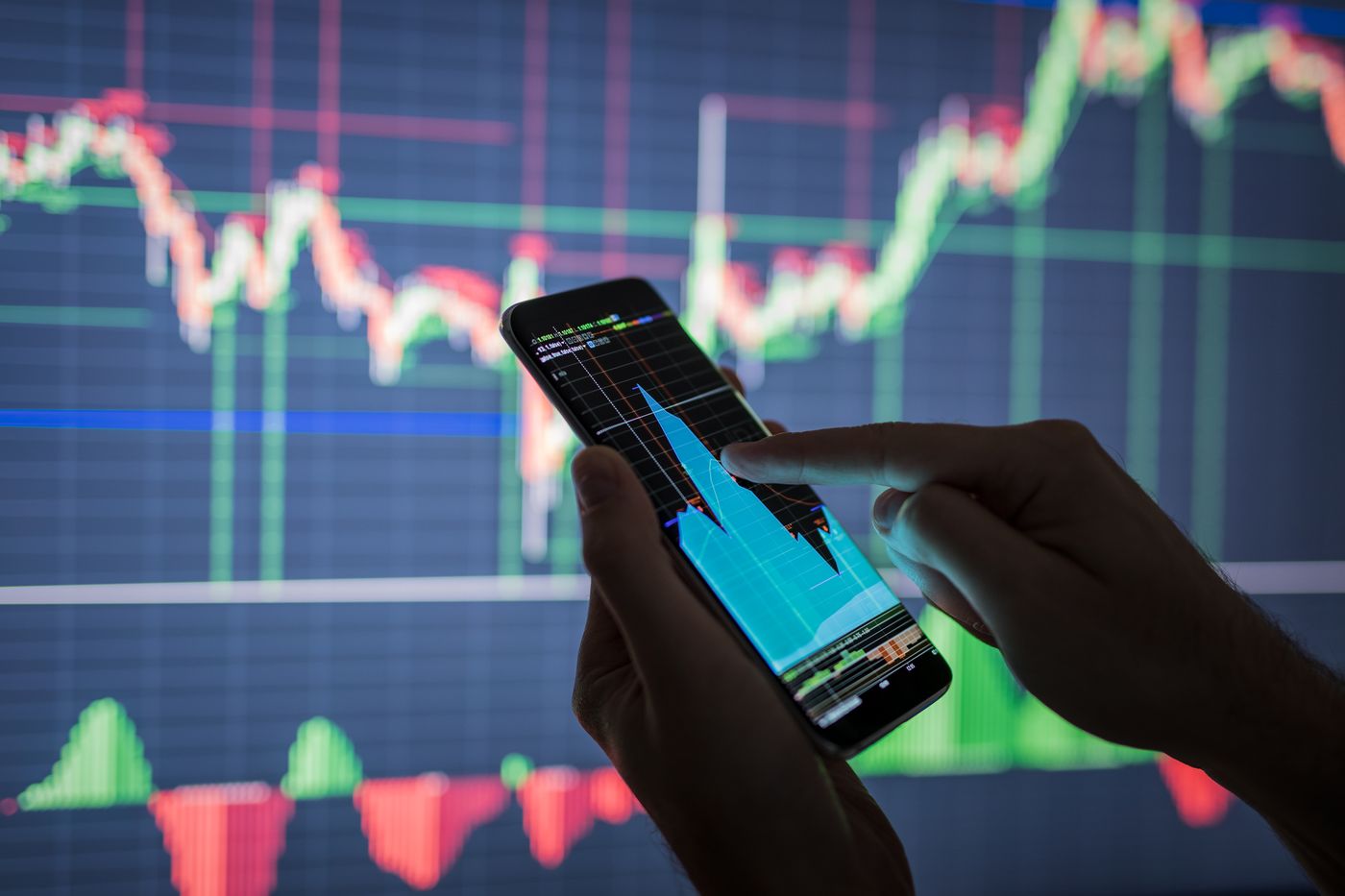 After a turbulent October, with the markets sliding into losses for the year, earnings season continues and midterm elections are right around the corner. That could point to continued volatility, at least for now.

The market’s rocky ride this month kicked off on a positive note, driven by bullish comments on the economy from Fed Chair Jerome Powell and positive economic data, especially on the jobs front. But stocks quickly moved into the red due to a number of factors, with the Dow and the S&P 500 broaching negative territory for the year and Nasdaq’s tech stocks officially entering a correction, or a drop of more than 10%.

Some pundits suspect that sell-off, which comes at the start of what is shaping up to be a fairly healthy earnings season, was triggered by investors looking long-term and fearing more modest earnings in 2019. Rising interest rates appear to be another hot button issue, as a number of Fed speakers sounded hawkish in their recent remarks. Additionally, overseas concerns, like the continuing financial crisis in Italy and a slowing economy in China, also seem to be stacking up against the market.

And simply the fact that this bull market is now in its ninth year, one of the longest in history, could have many investors on edge.

But remember, while corrections can be cause for concern, they’re not a reason to panic. Corrections are common, even in a bull market, and they don’t necessarily mean that a bear market is on its way. For those with their eye on particular companies, corrections can sometimes offer buying opportunities.

Meanwhile, volatility is high compared to recent levels, although it is close to its long-term average. The Cboe’s Volatility Index (VIX), also called the “fear gauge,” essentially measures volatility by gauging investor’s expectations. It surged by doubled-digits a few times this month, and appears poised to end October up about 60%. By late in the month, VIX was near 25, up from below 12 during parts of September.

Even commodities saw a shakeup this month, particularly in energy. U.S. crude futures, which started October near $75 per barrel, however during the month we saw crude down over 12% at one time, near $66 per barrel, as we still see a struggle to stay over $70 per barrel. While slumping energy prices can be

good for the consumer, reducing the price of fuel and heating costs heading into winter for one, this trend may also signal lower demand from the manufacturing sector.

Major U.S. banks, buoyed by new lower tax rates, helped to set a positive tone at the start of Q3 earnings, meeting analyst expectations with few major surprises. JPMorgan Chase’s (JPM) earnings rose 24% over the year prior, Morgan Stanley (MS) reported a 15% increase in revenue, and Citigroup (C) saw a 3% increase in loans and a 4% increase in deposits. That said, the sector still continues to struggle to gain momentum.

In other positive earnings, Tesla (TSLA) surprised investors with third-quarter results Oct. 24 that revealed the largest quarterly profit ever for the electric carmaker, and its first profit in two years. TSLA shares have taken a beating this year on several concerns, namely negative headlines associated with its CEO.

In other notable earnings this month, Boeing’s (BA) third-quarter blowout results Oct. 24 demonstrated a bright spot among defense companies, a sector that has been struggling for most of this year. BA nabbed billions in new military contracts and raised its outlook for the rest of 2018. Revenue was $25.25 billion, up from the $24 billion the Street expected, and adjusted earnings were $3.58 per share, handily topping the Street view of $3.47 per share.

In earnings that seemed to disappoint investors this month, Alphabet (GOOGL) reported an earnings beat, but missed revenue projections. FAANG stocks also suffered from Amazon’s (AMZN) weaker-than-expected guidance, one of the factors in the stock’s selloff this month. AT&T’s (T) third-quarter results weighed on its stock, as well as the broader tech sector. The wireless carrier’s shares slid 8% as it saw significant losses to its DirectTV subscribers. Other blue-chip stocks like Caterpillar (CAT) and 3M (MMM) announced fairly modest outlooks for the rest of the year.

In positive economic reports in October, U.S. unemployment fell to nearly a 50-year low as the economy added 134,000 jobs in September, according to U.S. Labor Department statistics. A tightening labor market sometimes means that businesses must get competitive to secure top talent, so expenses for labor may increase across the board if the jobs market continues to improve.

In less positive news, new home sales in September appeared to disappoint many investors. An estimated 553,000 new home sales were well below the 620,000 home sales Wall Street expected, according to economists surveyed by MarketWatch. The average median selling price in September fell 3.5% year-over-year to $320,000 as inventory climbed to a six-year high.

Real estate trends have been showing rising prices amid a tightening inventory, but perhaps this month’s numbers hint to a reversal of that movement.

Next month, another slate of potential market-moving events are on tap. For one, the midterm elections could throw a wrench in the current political balance. The results have the potential to shift the direction of economic reform.

Many investors are also watching how the battle over tariffs between China and the U.S. might shake out, and how inflation might be affected. These two global powerhouses appear locked in a tit-for-tat strategy that seems like it could cause more market turmoil.

In earnings to watch next month, Apple (AAPL), Alibaba (BABA) and Exxon (XOM) are among the wave of major companies set to report.

And, of course, investors have also been watching bond yields. The 10-year Treasury yield was essentially flat after reaching above 3.2% mid-month then drifting down to near 3.122% by late October. Still, that’s up from lows of 2.8% over the summer. For investors looking for fixed income, higher bond yields create competition for dividend-producing stocks. However, utility stocks were among the best-performing sectors in October, perhaps because some investors saw them as a possible “defensive” place to park funds, though no sector is truly safe.

Finally, sentiment on the Fed’s interest rate hikes is, for now, in favor of more hikes in the near term, according to CME futures, with the market pricing in strong chances for another hike later this year. Like seemingly anything market-related this month, investor expectations on future rate hikes could change.

Check out some of our upcoming events, educational content, and programming: