The new month begins with a focus on earnings as the new corporate reporting season begins, but interest rates could steal some of the headlines. 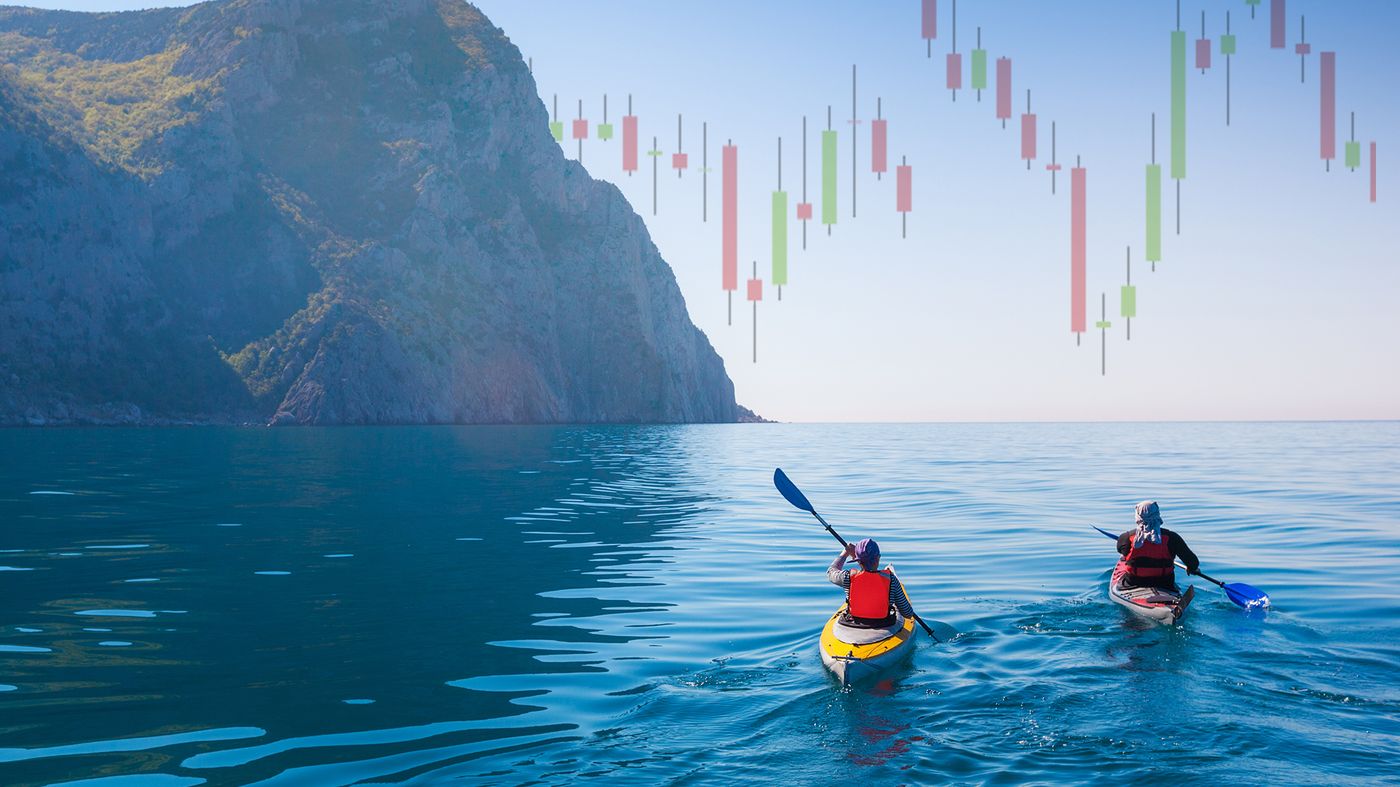 With two blockbuster earnings seasons under its belt so far in 2018, in October the stock market will enter a new reporting period with expectations for more of the same. However, potential for higher interest rates have continued to raise concerns about how the market might react.

Amid the potential struggle between earnings and rates, October could see outside events steal some  headlines. Trade issues with China haven’t gone away, and the emerging market softness that started over the summer could also be part of the background noise on Wall Street.

In addition, Congress is active in Washington, D.C., debating many issues before year end. Volatility could potentially spike surrounding these discussions and any election-related developments.

In all, the month ahead looks like it might be a busy and potentially volatile one. At times like these, investors might want to remind themselves to revisit their original strategies, make sure their portfolios are balanced according to plan, and check their asset allocations. And as always, don’t panic if headlines temporarily send stocks spinning lower.

By mid-October, earnings move back into the spotlight as companies begin reporting Q3 results. It’s been a memorable year for corporate America so far, with Q1 S&P 500 (SPX) earnings rising 23.3% and Q2 earnings rising 25.2%, according to research firm CFRA. Those huge gains could potentially continue in Q3, with CFRA predicting a 21.7% year-over-year rise (as of mid-September).

Every sector is expected to show year-over-year EPS growth in Q3, according to CFRA, led by energy, materials, and financials. One of the big questions as earnings season approaches may be whether strength in the balance sheets of financial firms can translate into stock market gains for the financial sector. So far this year, that hasn’t been the case, as financials trail the broader SPX year-to-date.

Still, according to FactSet, seven of the 11 S&P 500 sectors are expected to show double-digit year-over-year earnings gains in Q3 while five of 11 could show double-digit revenue growth. It remains to be seen if earnings—which so far this year have appeared to play a large part in the stock market’s gains—can continue to underpin share prices.

Some of the major companies reporting in October include big banks like JP Morgan (JPM), Citigroup (C), Bank of America (BAC), Wells Fargo (WFC), Goldman Sachs (GS), and Morgan Stanley (MS). The financial sector action begins late in the week of Oct. 8 and into the following week. Along with those, some of the major names to watch on the earnings front include FAANG stocks like Netflix (NFLX), Amazon (AMZN), and Alphabet (GOOG, GOOGL), as well as old-line companies like IBM (IBM), General Motors (GM), CocaCola (KO), and AT&T (T), among many others. For more earnings coverage throughout the quarter, you can always check out our company previews and sector outlooks on the Ticker Tape.

And About Those Midterms…

Volatility waned in late September, but a new injection of choppiness can’t be ruled out as October rolls along and the November elections approach. Traditionally, midterm elections bring increased headline risk that can sometimes distract from what normally would be an earnings-focused period. Headline risk often leads to larger daily swings.

Though volatility has been a little higher this year than during the uncommonly smooth market of 2017, it’s only been a major factor a couple of times, notably with a big spike back in February. Though elections don’t normally cause huge jumps in market volatility, investors might want to be on the lookout and keep in mind that a jumpy day or two could be on the way and plan accordingly.

Interest rates might compete with earnings for investor attention. As the Fed continues to gradually increase rates, borrowing rates are climbing for both companies and consumers. Benchmark 10-year Treasury note yields rose above 3% in late September.

One question might be whether higher rates eventually start clipping the market, and to what extent. Historically, stocks haven’t tended to perform as well when rates rise, but even at current levels, rates have remained relatively low. That said, there are signs that some industries—including autos and homes—might be feeling pressure from increased borrowing costs. The August retail sales report released in mid-September showed a 0.8% drop in motor vehicle and parts dealer sales, while overall retail sales rose just 0.1% for the month.

The September retail sales report, due Oct. 15, might find investors trying  to determine whether the tepid August data were a one-time deal or part of a broader movement by consumers staying away from making major purchases. Home-building, info tech, and automotive companies might be vulnerable if higher rates appear to start taking a bite into consumer spending. Other key reports in October include the September payrolls data, the Federal Open Market Committee (FOMC) minutes on Oct. 17, and monthly inflation readings. Recent FOMC minutes have shown Fed officials dedicated to keeping rate hikes gradual, but also paying close attention to rising wages and their potential inflationary impact.

The higher interest rates we’re wrestling with can actually be seen as a positive, because the Fed doesn’t tend to raise rates in a declining economy. Gross domestic product in Q2 rose smartly, and investors are scheduled to get a first look at the government’s estimate for Q3 growth on Oct. 26. If the economy continues to grow at around 4%, that could help shape expectations for the Fed’s next move.

As rates rise, investors might want to make sure they’re comfortable with asset allocations, and remember that some of the dividend-yielding stocks in sectors like utilities, staples, and telecom sometimes struggle in a higher rate environment.

September saw continued weakness abroad, and the European Central Bank (ECB) and Bank of Japan both kept their rates unchanged at their current ultra-low levels. There’s a sense that the U.S. economy may be starting to gallop well ahead of both developed and emerging market economies, including China’s, and that could also play into the Fed’s decisions. Some analysts have indicated that they are wondering  if the Fed might consider taking a pause in rate hikes by 2019. We’ll have to wait and see. As of late September, the CME futures market continued to point toward the likelihood of four rate hikes in 2018.

The weakness overseas might partly reflect some of the currency concerns with Turkey and Argentina seen earlier this year. Turkey recently raised rates, which could help ease some of those concerns. Another concern that has continued to make headlines is the trade battle between China and the U.S. That’s a ping-pong situation that’s bounced back and forth for much of the year, and resolution doesn’t seem close. Both China and the U.S. raised tariffs on each others’ products again in late September, but at levels not as high as some analysts had expected.

Another overseas issue that might might draw some headlines is our old friend, Brexit. Britain’s planned departure from the European Union, is now scheduled for March 29, 2019. British negotiators have been trying to fashion a free trade agreement with the rest of Europe.

On the U.S. corporate front, October is the start of a new fiscal year for many companies. Many investors use this time to review and potentially re-allocate or rebalance their portfolios. With three quarters of the year over and the latest earnings numbers coming in, investors generally have a better snapshot of a company’s actual and projected growth numbers to help them make more informed decisions.

AMZN briefly hit $1 trillion in value in early September, following Apple (AAPL) to become the second company this year to achieve that peak. Speaking of AAPL, its product introduction event in mid-September helped send the stock to new all-time highs as investors examined the company’s latest lineup of iPhones. Consider keeping an eye on GOOG, because past product launches have sometimes occurred in October.

While AAPL shares rose, Tesla (TSLA) shares have struggled recently amid controversy surrounding the company. In late September, Bloomberg reported that the Justice Department opened a criminal probe into public statements made by TSLA CEO Elon Musk about his intention to take the company private. Shares of the company were down sharply from their August peak.

Despite all the turmoil both at home and abroad, U.S. indices remained solidly higher year-to-date as of late September. The tech-heavy Nasdaq (COMP) was leading the way with gains of around 15%, followed by an 8.7% performance from the SPX and a 6% rise in the Dow Jones Industrial Average ($DJI).

For investors who feel ready for some rest as Halloween approaches, it doesn’t look like a good time for a nap. Instead, it appears the volatility and excitement that’s marked most of the year so far is likely to continue in October, so keep those seatbelts fastened as you get candy ready for those trick-or-treaters.

Calling all college students – Fall’s around the corner… and so is the thinkorswim® Challenge for Students!

Registration open 9/3/18 through 10/1/18. No purchase necessary to enter or win. Must be 18 years or older to participate. Subject to full official rules available at www.thinkorswimchallenge.com

Interested in learning more? Join us October 24 for Investor Education Day, a series of webcasts about investing and portfolio strategy.

Also consider watching  Morning Trade Live from our media affiliate, TD Ameritrade Network. Kick off the trading day with a unique blend of live market commentary, overnight and foreign markets activity, opening bell and other real-time news. Guests and contributors offer insights and break down the markets from all angles.

Here are a few data and events to watch for in October.