Election, Earnings, and Trade: What Could Impact Your Portfolio in November

November is likely to continue the pattern of stock market volatility that began in October. Many investors seem focused on the U.S. mid-term elections, rising Treasury yields, and earnings season. 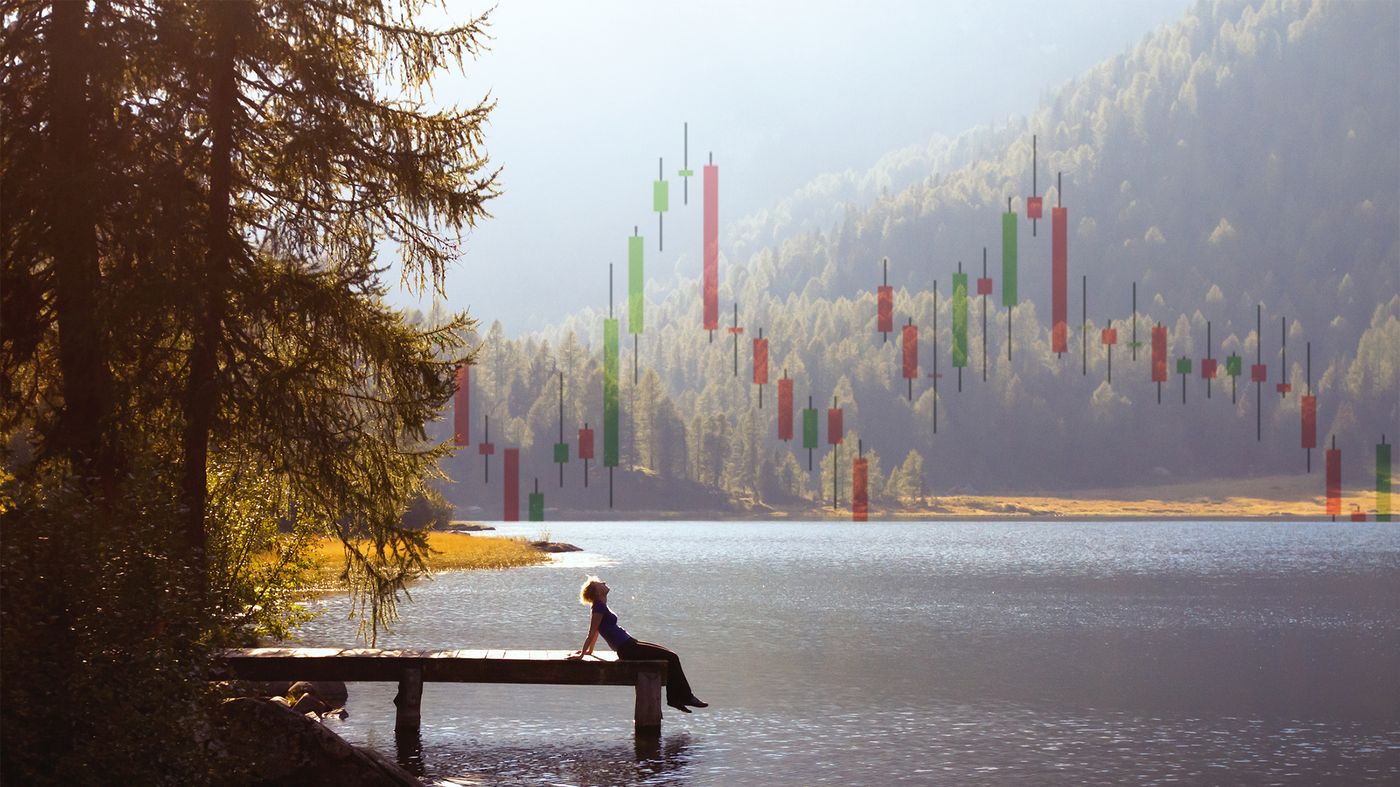 After an unpredictable October, the coming month could continue to keep investors on their toes as the market eyes an important U.S. election, a Fed meeting, trade issues, and a full schedule of earnings.

If November is anything like October, it might be a good idea to keep the seatbelts fastened. Volatility really picked up in early October, and November’s calendar doesn’t look like it’s going to let up much, if at all, on major events.

Will October’s Volatility Carry Into November?

Let’s take a look back at how October’s drama helped set the stage for November.

A sell-off storm barreled into the markets on Oct. 10, when both the S&P 500 (SPX) and the Dow Jones Industrial Average ($DJI) had their worst days since February, each falling more than 3%. The Nasdaq (COMP) fared worse, plunging 4.1%. Technology stocks generally took the brunt of the bloodbath, with shares of companies like Amazon (AMZN), Facebook (FB), and Apple (AAPL) spiraling down. In fact, the next day, the tech-focused Nasdaq broached correction territory, meaning it suffered more than 10% losses from recent highs.

While a rapid rise in the benchmark 10-year Treasury note yield to above 3.2% from summer lows of 2.8% was seen as one possible cause of the sell-off, concerns also centered on weakness in foreign markets, worries about corporate outlooks as earnings season loomed, and inflation fears once again returned to the forefront of investor concerns. None of these factors are likely to disappear as November begins, and some could get more intense.

With Q3 earnings season well underway, November might help investors get a sense of whether this long-running bull market can continue to charge forward in the wake of October’s sell-off. A new wave of quarterly reports could help investors see if the thriving U.S. economy is impacting the bottom line, or whether negative factors might weigh heavily.

Perhaps more important than the numbers themselves is what company executives say about the economy and guidance. Some executives have been striking a negative tone about rising costs, whether for employees or raw materials.

Concerns about deteriorating U.S./China trade relations and associated tariffs might play into forward guidance from major industrial and materials firms as earnings season continues. A deal between these two economic powerhouses is arguably key for the markets to get back on track. A full-blown trade war has the chance of undoing many of the administration’s policies that some analysts see as pro-business. The concern is that if the U.S and China both hold their ground, it could negate the positive market impact of all the tax cuts.

Other overseas developments investors might want to consider watching are any progress in the Brexit talks between Britain and the rest of Europe, and whether Congress begins debating ahead of a vote on the new NAFTA agreement recently announced by Canada, Mexico and the U.S.

Earnings Focus Turns From Banks To Tech and Consumer Names

The earnings focus in early November turns to many closely-watched companies. Scheduled to report earnings are Apple (AAPL) on Nov. 1, ExxonMobil (XOM) on Nov. 2, and Walmart (WMT) on Nov. 15. Tesla (TSLA) is expected to report early next month as well. As the earnings season began, many analysts were predicting another quarter of sky-high growth for S&P 500 firms of around 20% year over year. The so-called “FAANG” stocks came under intense pressure during the October sell-off, so their earnings might take on more focus than usual.

During the Q2 earnings season, roughly 80% of S&P 500 companies beat analysts’ earnings estimates, according to S&P Global Market Intelligence. That’s up from 71% the same quarter in 2017 and higher than the average beat rate of 66% over the past five years. When earnings come out, it’s often helpful to look beyond whether the company “beat” estimates, and dig deeper into where sales rose and whether the company made strides from the previous year. One way to get beyond the surface numbers is to listen to earnings calls to help get a sense of the CEO’s message and tone. These calls also open the doors to analysts’ questions that can dig into the “why” and “how” behind the black-and-white numbers.

Rising bond yields were among the biggest pressures on stocks in October, so the focus in November could remain yield heavy. The 10-year Treasury bond yield peaked at 3.26% on Oct. 9, the highest in more than a decade and up from around 2.4% at the start of 2018.

Consider watching the payrolls report Nov. 2 for insight into whether wage pressure picked up in October.

The markets have factored in high odds of a December rate hike. As of mid-October, Fed funds futures indicated around an 80% chance of a rate hike in December, and a 50% chance in March.

There’s a Fed meeting on Nov. 7-8, but many analysts see this one as a bit of a placeholder. There’s no press conference, but the Fed’s post-meeting statement is likely to get a close look from investors seeking Powell and company’s latest word on inflation and economic growth.

Will November Elections Be a Market Event?

That Fed meeting comes the same week as midterm elections. The vote on Nov. 6 could potentially lead to changes in fiscal strategy and policies that can impact the economy, such as tariffs. Perhaps much of the volatility in October could be traced to uncertainty ahead of the elections. Investors might want to prepare for possible sharp moves in the days just before and after the election. The current Congress has arguably been pro-business, some analysts say, pointing to the positive impact tax reform has had on the corporate bottom line, so any potential change could receive a close evaluation from the market.

Another November factor to consider watching is consumer sentiment. Retail sales growth slowed in August and September, climbing just 0.1% each of those months. October retail sales, due Nov. 15, could help shed light on the consumer just a couple months out from the crucial holiday shopping season.

Speaking of consumers, consider another factor: Gas prices. Crude oil spun back up to spring highs in early October, reaching $75 a barrel for U.S. futures. Though oil moved a little lower as stocks slipped, there’s still concern that more U.S. sanctions against Iran due Nov. 4 might send crude prices spiraling up. Higher crude often translates to higher prices at the pump, sometimes a psychological barrier to consumer spending.

As higher yields and inflation concerns hit stocks, volatility skyrocketed. The Cboe Volatility Index (VIX) slumped as low as 11 in September after spending much of early 2018 above 20. However, the sell-off in mid-October put VIX well above 20 again.

If you’re a long-term investor wondering how to protect your portfolio, it’s helpful if you’ve been adjusting your allocations on a regular basis. For instance, the big rally in tech might have pushed your exposure to growth stocks up a little above your comfort level. A mid-year or end of Q3 check-up and a rebalancing, might have had you better situated to deal with downturns.

Still, the opportunity to rebalance is always there. Take a look at your holdings and see how this month’s rocky ride has affected the proportions of your portfolio.

The market can move quickly, with both a steady stream of earnings reports and plenty of upcoming geopolitical events. Earnings are likely to give investors a better idea of how things are going at a company level, while it’s always hard to say how markets will react to geopolitics and unexpected events.

Ahead of earnings, one potential option is to evaluate the stocks you own and see if it makes sense to take profits off the table and lock in gains. Or stock rallies could’ve just pushed your allocation out of line and it’s time to sell and rebalance back into your original plan.

If you can’t withstand much volatility, either financially or psychologically, it might make sense to move away from more volatile stocks and junk bonds and consider more stable investments.

Try not to let emotions get in the way and work to keep things in perspective by looking at the facts when you’re deciding what moves to make and how you want to position your portfolio. Head to the Ticker Tape’s Earnings Reports section for Chief Market Strategist JJ Kinahan’s commentary during earnings season.

Interested in learning more? Join us October 24 for Investor Education Day, a series of webcasts about investing and portfolio strategy.

Also consider watching  Morning Trade Live from our media affiliate, TD Ameritrade Network. Kick off the trading day with a unique blend of live market commentary, overnight and foreign markets activity, opening bell and other real-time news. Guests and contributors offer insights and break down the markets from all angles.

Here are a few data and events to watch for in November.

Join us at one of our upcoming investor education events or webcasts.
Print

Investments in fixed income products are subject to liquidity (or market) risk, interest rate risk (bonds ordinarily decline in price when interest rates rise and rise in price when interest rates fall), financial (or credit) risk, inflation (or purchasing power) risk and special tax liabilities. May be worth less than the original cost upon redemption.
Inclusion of specific security names in this commentary does not constitute a recommendation from TD Ameritrade to buy, sell, or hold.
TD Ameritrade and all third parties mentioned are separate and unaffiliated companies, and are not responsible for each other’s policies or services.
AdChoices