Netflix Earnings: Is the King of Streaming Still Securely Holding its Crown?

Netflix earnings are on the docket for April 20 after the bell and, once again, subscriber add-ons will likely be center-stage as the streaming giant continues to spread its global footprint. 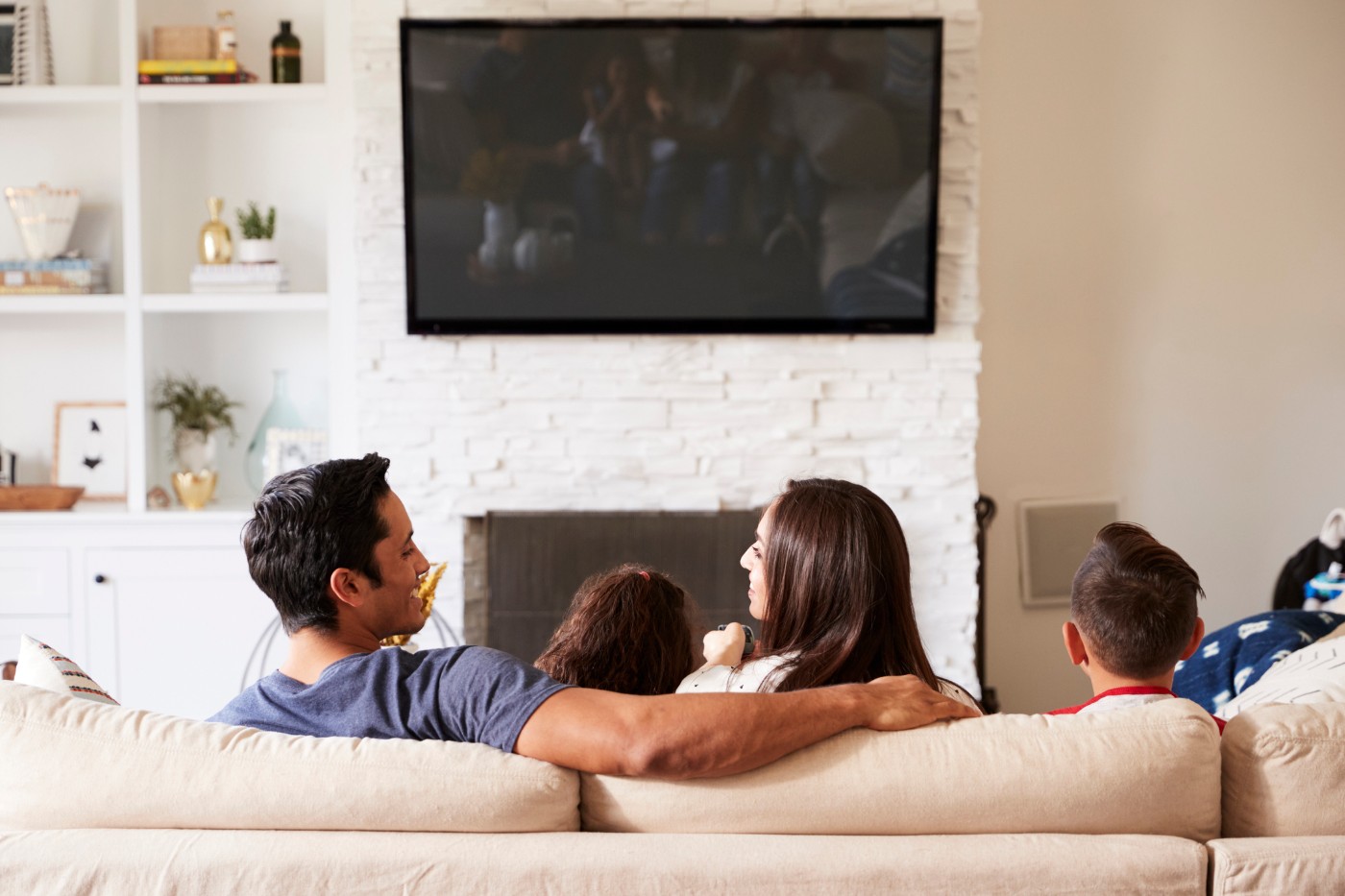 Netflix’s (NFLX) subscriber base, which blew past 200 million in blockbuster fashion last year (as we whiled away the lockdown hours in front of the TV) is once again expected to be front-and-center of the streaming giant’s quarterly report.

When the Q1 numbers are released April 20, analysts are looking for another wave of strong subscriber gains, even though the NFLX C-suite keeps trying to temper expectations.

NFLX forecast 6 million new subscribers as the quarter was unfolding, down from the 8.5 million it logged in the Q4 2020, but Wall Street seems to be bracing for a stronger showing. Although NFLX typically tries to keep its expectations close to real—rather than taking a conservative approach—the official numbers could have quite an impact, for better or worse.

Are We Still Pulling Forward?

Remember how many times last year NFLX execs said they were sure they were “pulling subscriber numbers forward” as the pandemic wore on? “Don’t count on another epic quarter,” they kept saying. And yet, when the year ended, the steamroller was still going, giving NFLX a total 2020 add-on count of 37 million subscribers—a new all-time high—that represented a 31% year-over-year gain and pushed that base past that significant milestone.

As NFLX CFO Spencer Neumann said on the Q4 call in January, “Thinking through how we kind of grow through that growth from 2020…there’s probably still a little bit of that pull forward in early parts of 2021.”

After acknowledging the unique challenge in forecasting during the pandemic, he added, “the long-term growth trajectory is at least as strong as ever,” but that  “There’s just more short-term noise and uncertainty right now.”

Can we expect NFLX to continue adding subscribers at the 2020 rate, considering how many folks are getting ready to break out of the house as soon as they’re fully vaccinated? After all, there are restaurants to go to, live entertainment to see, shopping at stores to be done.

Plus, let’s not forget the developing wall of competition that includes Disney+ (DIS), a formidable opponent that topped 100 million subscribers barely a year after launch, Apple TV (AAPL), Amazon Prime (AMZN) and AT&T’s (T) HBO, to name a few.

But we’ve asked that question before, and when all was said and done, the subscriber growth marched on. Certainly, analysts and investors are concerned NFLX’s subscriber growth is waning, but many are still very upbeat about the stock.

Morgan Stanley’s (MS) Benjamin Swinburne, long a NFLX bull, reiterated his bullishness in recent reports. Last month, in the firm’s “30 for 2023” stock list, he said NFLX remains the “clear leader in streaming,” which its 200 million subscribers helps support, as do the still-growing numbers of cord-cutters.

“We view Netflix’s scaled position in global streaming and its vertically integrated content creation as significant advantages in driving strong growth as the industry pivots toward streaming video consumption,” he said then.

On Wednesday, he held to his convictions even though the stock sits just about where it was last July as investors are “bracing for the ultimate in tough Covid comparisons.” Citing the “long runway for member growth,” its pricing power and its vertically integrated model that focuses on original content, Swinburne reiterated his overweight rating.

Of course, he concedes, membership growth could be volatile this year but he expects another run in the second half of the year, adding might to NFLX’s already commanding 10% market share of the global subscription business.

JPMorgan Chase (JPM) also continues to keep NFLX in the overweight category as does KeyCorp (KEY), both of which see multiple catalysts for the stock in coming months.

Netflix  is expected to report adjusted earnings of $2.97 per share, up from $1.57 in the prior-year quarter, according to third-party consensus analyst estimates. Revenue is projected to come in at $7.13 billion, up 23.6% from a year ago.

Options traders have priced in an expected share price move of about 6% in either direction around the earnings release.

Looking at the Apr 23 options expiration, put activity has been light overall, but with some concentration at the 540 strike. Calls have seen a bit more activity, particularly at the 600 strike.

The implied volatility sits at the 16th percentile as of Friday morning.

Of course, not everyone loves NFLX. Wedbush Securities analyst Michael Pachter has long been bearish on the stock and Needham analyst Laura Martin is in that club.

Last month, noting NFLX’s new interest in converting those using others’ passwords to get their own account, Needham read it as a sign of slowing subscriber growth. Attempts to curb that practice could lead to higher churn this year, particularly if and/or when the Covid cloud dissipates, Martin said in a note to clients.

“After being locked at home for more than a year, millions of consumers are eager to spend money and time in the physical world,” she wrote. “Since hours per day are fixed, this must come at the expense of digital hours.”

In the end, NFLX “loses its growth credentials,” she added.

NFLX conference “calls” aren’t really calls at all but recordings of executives chatting in what could likely be a well-scripted manner, but investors should keep their ears attuned to a few things they might say:

Cash Flow and Buybacks. NFLX ended the quarter with a well-stocked $8 billion cash war chest, predicting it would break even this year and go positive “thereafter” with plans to return excess cash to shareholders. Will there be an update on the timeline?

“We won’t build up a bunch of excess cash,” Neumann said in January. “We’re going to continue to invest aggressively into the growth opportunities that we see. That’s always going to come first. But beyond that, if we have excess cash, we’ll return it to shareholders through a share buyback program.”

Movie Lineup. NFLX announced a mind-blowing 70 movies this year ahead of the last quarterly report. Considering the top five movie studios produce about 90 movies a year, NFLX becomes an original content juggernaut with that kind of output. Could there be another huge announcement like that in the wings? What’s in the pipeline?

After price increases last year and earlier this year in the U.S., Canada, the U.K. and Ireland, analysts say they’ll be dissecting all comments for even the slightest bit of insight. South Korea, for example, has seen some notable growth in its subscriber base and content, meaning it could be a target.

Password Crackdown. Research group Magid said one-third of all subscribers admit to sharing with at least one other person, but others believe the numbers are far greater. Given the potential opportunity costs, NFLX said it plans to go that extra step to clamp down on sharing passwords.

A back-of-the-napkin estimate: One third of subscribers at about $11 per month is roughly $8.8 billion. Squelching that password sharing could lead to a certain amount of churn, but Citi (C) analyst Jason Bazinet thinks there’s a $6 billion-plus potential out there for the taking. Bank of America (BAC) analyst Nat Schindler sees it differently. “We view any potential password crackdowns as a tailwind and Netflix is in a strong position to continue price increases in 2021,” he wrote in a note to clients last month. So which is it? File this under “wait and see.”

The Marvel Universe. NFLX inked a multiyear deal earlier this month with Sony Pictures Entertainment (SONY) for domestic streaming rights to the studio’s movies beginning in 2022 for 18 months, snatching them away from Lions Gate’s (LGF) paid-TV channel Starz.

That means NFLX will have what’s called a first-look option at movies Sony is making or marketing for streaming services as well as its archives. The biggest get appears to be the Marvel lineup that includes Spider-Man, Morbius and Venom, and the “Knives Out” sequels. Listen for more insight on that partnership.

Competition. NFLX execs have said they welcome the new entrants to the streaming world because it supports the industry submarket growth overall. But what might the company have up its sleeve to continue to hold the crown in a kingdom that’s getting more and more populated?