Netflix has been a beneficiary of the stay-at-home economy, and the question as earnings approach is how many more subscribers it added after a banner Q1. 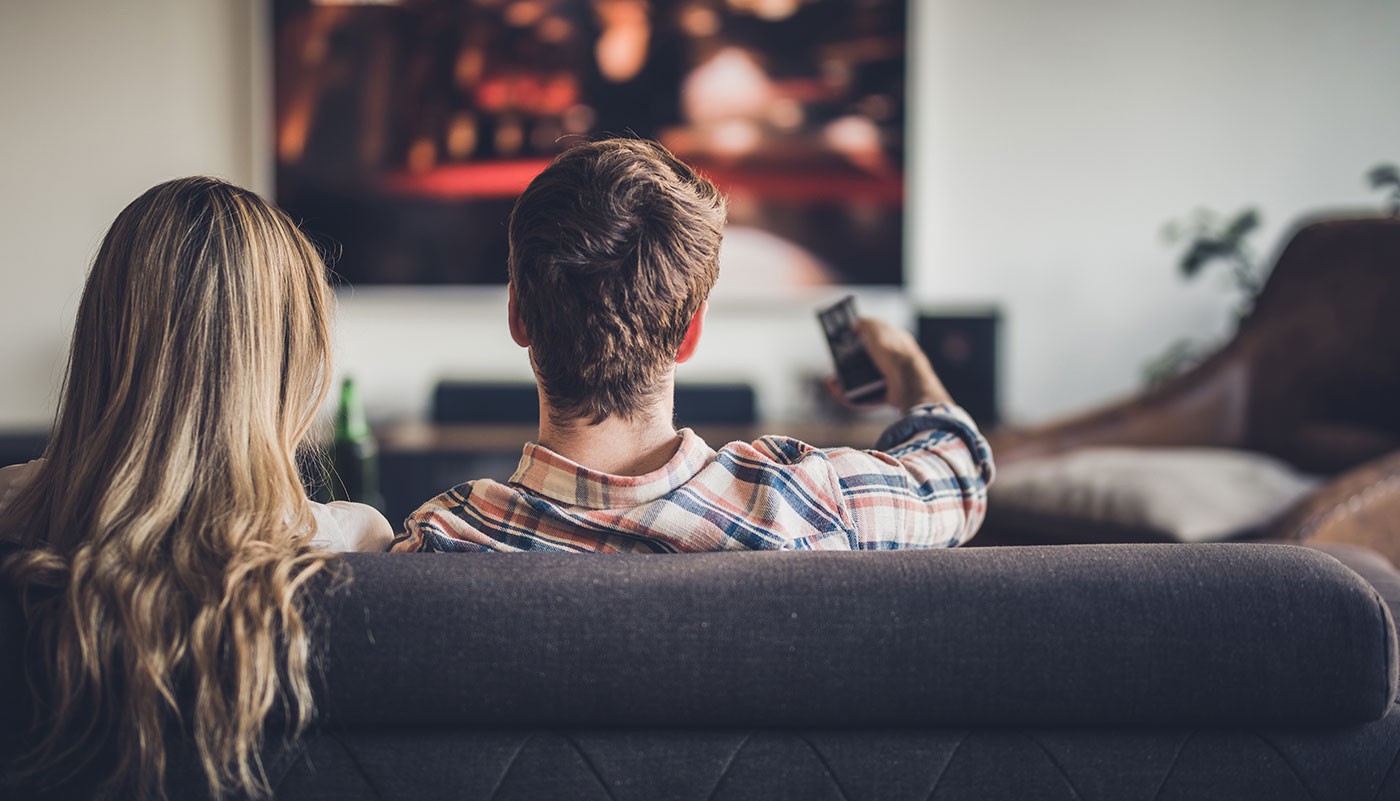 As earnings season begins its full-steam rollout, not many stocks have been the subject of analyst chatter with as much gusto as Netflix (NFLX). It’s one of the few, proud to have proved resistant to the coronavirus that has caused so much pain to so many people and other firms.

The countdown to Thursday’s earnings release has been powered by mostly jaunty analyst reports that have upped expectations and price targets. Last Friday, for example, Goldman Sachs (GS) raised its price target to $670 a share from $540 based on the firm’s confidence that NFLX’s quarterly report will far outpace guidance.

Why the optimism? A loyal following, a monthly subscription rate that many analysts feel remains affordable, and being in the right place at the right time for two current developments in the news—the pandemic and the Black Lives Matter movement.

“Expectations are quite high,” said Stephanie Link, chief investment officer at Hightower Advisors and a CNBC contributor. “They have a product that people want.”

The subscription base is a big concern to some analysts, who worry growth could be nearing its peak. Morningstar, for one, considers it a narrow-moat firm, meaning it’s got the competitive advantage in a field that’s getting crowded with the likes of Disney’s (DIS) new streaming video service Disney+, Amazon’s (AMZN) Prime and even Alphabet’s (GOOG) YouTube.

NFLX was like honey to bees in Q1, attracting a mind-blowing 15.77 million new subscribers— more than double its 7 million projection—as quarantines kept most Americans indoors.

Can NFLX do it again? Probably not to that extent, the company and the analysts who follow it agree, but many of them still expect plenty of upside. NFLX has remained very cautious on its own forecast for Q2, keeping with a membership population that might swell by 7.5 million, well ahead of the 2.7 million subscribers who joined the club in Q2 2019.

Morningstar sounds like it might even be suspect of that. “Netflix’s subscriber growth took off at the start of 2020 as the coronavirus outbreak gained momentum and people stayed home,” the financial firm said on its website last week. “However, the narrow-moat firm has more subscribers outside of the United States than inside, and we believe that maintaining subscribers in the U.S. will continue to be a challenge for Netflix.”

But stock appreciation in recent weeks has looked like it might run in tandem with the growing number of new cases of COVID-19. LikeFolio, which tracks social media mentions, saw new subscription mentions pacing 50% higher on a year-over-year basis during the 90 days ended June 30. Meanwhile, cancellation mentions were down 16% over the same period, important because lower churn typically means viewers are sticking around longer.

GS analyst Heath Terry believes Q2 will be another blockbuster at 12.5 million new subscribers and doesn’t believe that subscriber growth is near topping even this deep into the pandemic.

“While the thesis, ‘If you haven’t subscribed by now, you never will,’ is an easy rhetorical, it fails to capture the reality of Netflix’s earlier stage markets and a dramatically changing world that is pushing changes into every corner of consumer behavior,” he wrote in his note to clients Friday.

“Specific to Netflix, we continue to believe the COVID-19 crisis is accelerating the shift from traditional content consumption to streaming services, as the network effect of subscriber additions, the sheer scale of Netflix’s ad-free content library, and its growing distribution ecosystem serve to steepen Netflix’s growth curve both in the immediate and long term.”

Benchmark analyst Matthew Harrigan doesn’t see it quite that way. Yes, he believes there’s “continued member growth momentum” but thinks that’s all COVID-19-driven, meaning it has pulled forward demand that will hurt numbers in the not-so-distant future. He kept his sell rating on the stock but raised his price target to $397 from $340—nearly 28% below Friday’s closing price.

For the record, the official FactSet consensus is on par with NFLX’s forecast of 7.5 million new subscribers.

FIGURE 1: RACE TO THE TOP. As hot as the Nasdaq 100 (NDX—purple line) has been over the last three months, Netflix shares (NFLX—candlestick) have outpaced the index to date. Data Source: Nasdaq. Chart source: The thinkorswim® platform from TD Ameritrade. For illustrative purposes only. Past performance does not guarantee future results.

As we’ve noted several times, the competition for share of eyes is growing at a steady pace, even with the pandemic interruption. Besides Disney+ and Amazon Prime, NFLX also has HBO Max, Apple’s (AAPL) Apple TV+ and Hulu as probably its biggest rivals.

Disney+’s numbers might be worth watching for, considering the 54.5 million burst of new subscribers it landed in the first six months of operation and the competitive edge it could be quickly presenting to NFLX. DIS is scheduled to report its fiscal Q3 results early next month.

DIS is thought to have had another slam dunk with the July 3 release of the movie “Hamilton,” something DIS was banking on to power numbers. The Disney+ app was downloaded 752,451 times globally, including 458,796 times in the U.S. from Friday, July 3 to Sunday, July 5—74% higher than the average four weekends in June, according to analytics firm Apptopia.

What might all this mean for NFLX? GS’s Terry does see “competition from new entrants and established video streaming companies,” along with higher programming costs as risks.

CNBC’s Link does too, noting, “It’s a very competitive environment … and the expenses will continue to be elevated for the entire space.”

Given the mixed opinions, investors probably shouldn’t be surprised at how closely watched NFLX’s guidance for new subscribers in Q3 might be, considering it added 6.8 new members in Q3 2019.

You could argue that content is what makes or breaks streaming video, and NFLX’s lineup continues to grab consumers. What’s more, while some competitors, cable and television programs have had to halt program production during quarantines, NFLX didn’t have that issue.

Remember what NFLX’s chief content officer Ted Sarandos said on Q1’s conference call way back in March: “Our 2020 slate of series and films are largely shot,” he said. “(We) are in post-production stages in locations all over the world. And we’re actually pretty deep into our 2021 slate.

“We don’t anticipate moving the schedule around much, and certainly not in 2020,” he said.

And with an explosion of streaming hours during the pandemic, NFLX is gaining share, according to Comscore, which logged 1.5 percentage points higher from February to May.

Some of that might be because its diverse content has attracted a wide range of viewers and it’s now getting a boost from the Black Lives Matter movement by “winning the race to the center of the conversation,” according to a recent New York Times report.

“Netflix doesn’t have to trot out the one or two things,” DuVernay told the Times. “It has a library that’s a wide cross section of taste and content that speaks to the understating of that audience.”

Stay tuned for what’s next for content. NFLX already has started to roll out some new features with the new season of Umbrella Academy and the anticipated remake of The Babysitters Club. It might be one of the few places for new content in the months ahead because so many outlets were forced to close production.

Analysts say they will be anxious to hear how NFLX’s programming looks beyond 2021.

NFLX’s C-level took a very circumspect attitude during Q1, noting that the quarantine could be a one-time boost to membership. But as some analysts have suggested, they’ve had the benefit of three additional months of engagement data to potentially give better insight into expectations for the second half.

Or not. Given so much uncertainty and the uptick in new COVID-19 cases, prompting states and cities to encourage consumers to stay home again, not to mention the rush on the stock, NFLX management might not want to jump the gun on any forecasts. Stay tuned.

Netflix is expected to report adjusted EPS of $1.81 vs. $0.60 in the prior-year quarter, on revenue of $6.08 billion, according to third-party consensus analyst estimates. Revenue is expected to be up 23.5% vs. year-over-year.

Options traders have priced in about a 7% stock move in either direction around the coming earnings release, according to the Market Maker Move indicator. Implied volatility was at the 49th percentile as of this morning.

The social data discovery, filtering and analysis are provided by SwanPowers, LLC’s LikeFolio.  SwanPowers and TD Ameritrade are separate and unaffiliated firms.