Netflix Earnings Ahead Could Provide Insight on Membership, Gaming and Famous Director 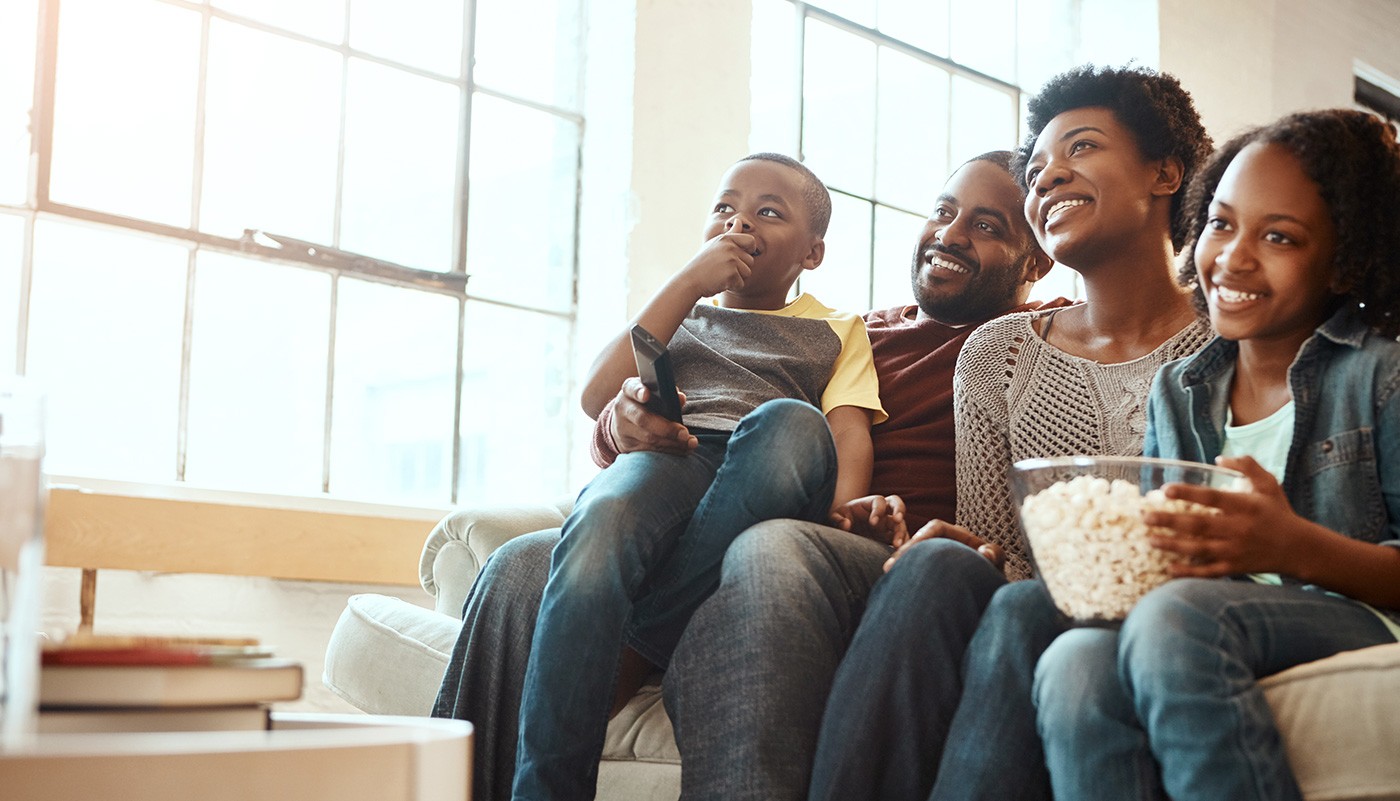 Once again, Netflix (NFLX) is playing the numbers game—past, present, and future.

When Q2 results are announced tomorrow, Wall Street expects gangbuster earnings and revenue results, but many investors are likely to focus on how many new members joined the online streaming service. A warning to the wise: Stay keenly aware that the comparisons are tough.

Actually, tough might not be a strong enough word. Last year’s remarkable membership growth was off the charts, logging in at 10 million in Q2 2020 to give the first half of that year alone a record-setting 26 million new users.

Can NFLX beat that? Well, if the Q1 of this year is any indication, perhaps not but we’ll have to wait and see.

But consider the context before passing judgment. The pandemic was largely responsible for the rise and fall of NFLX last year and into this year. As stuck-at-home consumers took to their couches and their oversized screens for most of their entertainment purposes, NFLX fit the bill. Membership soared, hitting a jaw-dropping high of 203.7 million by the end of 2020. Its stock price soared from March 2020 until January 2021 (see figure 1).

FIGURE 1: SETTLING IN. NFLX stock has been in a trading range moving between $460 and $560. It’s hard to tell when it is likely to break out of this range. Data source: Nasdaq. Chart source: The thinkorswim® platform. For illustrative purposes only. Past performance does not guarantee future results.

But Q1 results dropped like a rotten tomato. Membership number growth was well below what Wall Street had expected and even missed the typically conservative mark offered by the company’s own C-suite. They rolled in at 3.98 million—the softest showing since 2013 when only three million customers joined the club.

NFLX execs told investors then to brace for the worst, as the challenges ahead amid vaccinations and the economic reopening would be heady. They forecast new membership would inch up only one million, a fraction of the 4.44 million Wall Street was anticipating.

“We had those 10 years where we were growing smooth as silk,” Reed Hastings, executive chairman, said on the company’s Q1 recorded call. “It’s a little wobbly right now.”

If NFLX is on target with one million new members in Q2—and remember, the team has been nothing but consistent with its cautionary forecasts—it will harken back to the early days of the service when one million was considered a good showing. Only it won’t be this time.

This, of course, should make sense when the pandemic strains are factored in and with folks itching to go out to eat again, see a movie, catch a concert. But Wall Street isn’t even buying the one million number this quarter, landing instead in the 1.5 million to 1.75 million range.

JPMorgan analyst Doug Anmuth’s math on his NFLX app downloads analysis adds up to as much as two million. That’s still down near the company’s start-up era levels.

How Much Churn is There?

What could be far more interesting is drop-off numbers. How many memberships are still in play? Known as “churn,” cancellations on streaming video services ranging from NFLX and Disney+ (DIS) to Apple TV+ (AAPL) and Peacock (CMCSA) were mostly in mid- to high-single digits recently, with Apple TV+ at the high end with 15.6% in Q4, according to Antenna, a start-up analytics team. NFLX was the lowest at 2.5%, thanks in large part to its mammoth library.

Overall, according to Deloitte’s Digital Media Trends edition published in April, industry-wide churn rates were down slightly in February, at 36%, compared with October’s 38%. However, they were still more than double from May 2020’s 14% churn.

“Acquiring subscribers is challenging, but retaining them may be harder,” Deloitte vice chairman Kevin Westcott said, according to the Hollywood Reporter.

“For people thinking about subscribing to a brand-new, paid streaming video service in the past year, cost matters more than content,” Westcott added. “And an increase in price was the biggest reason subscribers say they would cancel a service.”

That leads some analysts to expect a hike in churn for NFLX after its October price increase. Even so, with its industry-leading position and content catalog, many don’t expect it to hurt much.

NFLX is expected to report adjusted EPS of $3.15 a share, up from $1.59 in the prior-year quarter, according to third-party consensus analyst estimates. Revenue is projected at $7.32 billion, up 20.3% from a year earlier.

Options traders have priced in a 5.9% stock move in either direction around the coming earnings release, according to the Market Maker Move indicator. Implied volatility is at the 38th percentile as of Monday morning.

Looking at the July 23 expiration, call volume is spread out but with some concentration at the 550 strike. But the heaviest concentration has been to the downside, in the 500 puts.

Speaking of content, many analysts expect the production slowdowns that occurred during the pandemic were totally over in the quarter, thanks mainly to vaccinations coupled with the billions of dollars NFLX said it was planning to spend: $17 billion for the year, up from $12.5 billion in 2020 and from $14.8 billion in 2019. What’s the coming content lineup look like?

JPMorgan’s (JPM) Anmuth, for one, who believes Wall Street sentiments about NFLX this quarter “remain fairly muted,” has high hopes for second-half content, telling his clients he expects it will have its strongest six-month content slate ever.

Plus, he added, the farther the distance from the pandemic pull-forward of membership, the better the chances of better progress in “under-penetrated” international markets such as South Korea and China.

The quarter was marked with announcements about how NFLX is building out its children’s programming and how it took a page out of the DIS playbook by selling merchandise in a dedicated online retail shop tied to its original content programming.

On July 14, it announced the long-rumored expansion into video games, hiring a former Electronic Arts (EA) and Facebook (FB) executive to lead the effort. Bloomberg reported the games will serve as a new programming genre, much like what it did with documentaries or stand-up specials.

So far, according to Bloomberg sources, there are no plans to charge extra for the content, but time is always a better indicator of how that might pan out. Analysts hope to hear more on all those plans as well the estimated $1billion five-year deal with Sony Pictures.

The pact, unveiled in April, gives NFLX exclusive U.S. streaming rights to Sony’s films such as the upcoming “Morbius” and “Uncharted” once they’ve run through movie theaters and on-demand runs. The deal also calls for Sony to create and produce two to three movies for NFLX to stream directly.

“This not only allows us to bring Sony’s impressive slate of beloved film franchises and new I.P. to Netflix in the U.S., but it also establishes a new source of first-run films for Netflix movie lovers worldwide,” Scott Stuber, NFLX’s head of global films, said in a statement then.

And What About Steven?

As in Steven Spielberg, arguably the maker of some of America’s most beloved movies—ET, anyone? He’s jumping on the streaming service bandwagon after years of dissing it in what pundits said was a sign of the changing dynamics in Hollywood and the muscle NFLX is flexing in the industry.

Call it whatever you want, but it was eye-catching when NFLX and the iconic director announced Spielberg’s Amblin Partners will create “multiple” feature films per year for NFLX streaming.

“Steven is a creative visionary and leader and, like so many others around the world, my growing up was shaped by his memorable characters and stories that have been enduring, inspiring, and awakening,” Ted Sarandos, NFLX co-chief executive and chief content officer, said in a statement. “We cannot wait to get to work with the Amblin team and we are honored and thrilled to be part of this chapter of Steven’s cinematic history.”

Any insight into that partnership is something analysts said they are anxious to hear. There’s plenty on NFLX’s agenda to stay tuned to on the earnings call.