With the Fed planning to keep interest rates low until 2023, and the Biden administration proposing an infrastructure bill, hot on the heels of the latest $1.9 trillion stimulus package, have fiscal discipline and so-called 'deficit hawks' gone the way of the dodo bird and T-Rex? 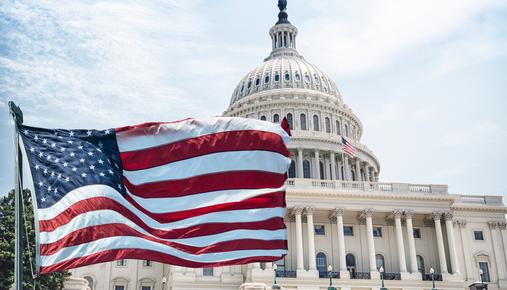 On Wall Street, the two most prominent beasts you’ll encounter are the bulls and the bears. Locked in eternal battle, they represent the market’s upside and downside forces.

However, they’re not the only animals in the markets. Circling high above the hustle and bustle of Wall and Main Streets, you’ve got two kinds of birds—hawks and doves—also in constant negotiation, or conflict. They represent the case for keeping interest rates high or low and monetary supplies tight or loose.

Lately, the deficit hawks have seemed largely absent, especially at the Federal Reserve. That might be about to change.

Interest rates, historically low since 2008, now hover just above zero. Money is cheap to borrow, while bond yields and interest rates on savings vehicles like money market funds have become discouragingly unfruitful. The green light seems to be on for debt, borrowing, and spending. On top of all this, the federal government is in a “go big” spending mode, with a $1.9 trillion stimulus package and more proposed spending on infrastructure. And don’t forget the Fed’s $120 billion monthly bond buys, designed to keep rates low and liquidity flowing.

If hawks represent “fiscal discipline” as a way to ward off the dangers of inflation, a national debt bubble, or out-of-control federal deficit spending, did they somehow get drowned out by the doves and still hover somewhere, ready to fly back? Or have they gone the way of the dodo bird?

Judging from recent data, there’s reason to think hawks could swoop back in sooner than many had expected just a few months ago. Hot inflation readings in both the U.S. and China threaten company profit margins and peoples’ purchasing power at the grocery store.

At least 175 S&P 500 companies mentioned “inflation” on their Q1 earnings calls, according to research firm FactSet. April U.S. retail sales came in flat, a sharp contrast from March growth of over 10%. All of these traditionally would have Fed hawks nervous and maybe ready to pounce, if not by raising rates, then at least by making noise about pulling back on the bond purchase program.

So far, the Fed dismisses warning signs as “transitory,” in its words, and expected.

Of course, this shouldn’t come as much of a surprise. The Fed had laid out a plan to achieve an “average” of 2% for inflation growth—meaning target overshoots would be OK amid a focus on expanding employment post-pandemic. The question is whether “transitory” inflation might lay the groundwork for longer-term inflation in the future. At that point we might see the hawks circling the skies again as the Fed tries to transition from its current “not even thinking about thinking about rate hikes” stance. However, the risk it takes is waiting too long. Let’s look at how we got to this point, and whether hawks have any chance of a comeback. Was there a time when the Fed did wait too long to move and the economy got beaten up by inflation? What can we learn from the past?

What Are Deficit Hawks and How Do They See the Economy?

When you say “hawk,” you’re generally talking about a policymaker in favor of preventing interest rates from going too low. Why? Low interest rates can “overheat” the economy by generating more loan activity and spending. Sure, it can stimulate economic growth, but if it goes unchecked, it can also lead to runaway inflation. From the hawk’s perspective, the risk of inflation may be more significant than the benefits of stimulated economic growth.

A “deficit hawk” is a policy maker generally against the government spending more money than it takes in through revenue (i.e. taxes). Right now, the U.S. is running the highest federal budget deficit in the world at around $3.26 trillion.

But wait, how can the government spend more than it has? It borrows—by issuing Treasury debt. As of May 2021, the national debt stands at $28 trillion. That’s over 127% of gross domestic product (GDP), approximately matching the peak rate during World War II, when the U.S. borrowed heavily to finance its war machine. The public holds around 78% of that debt through various financial and government institutions. The rest is held by foreign and other investors, including the U.S. Federal Reserve.

So, we currently have record low interest rates, a high national debt, and the largest budget deficit in the world. Sounds like the doves are in charge with no hawks to be seen. But is it all that bad?

Inflation Hawk Versus the Growth-Driven Dove

The dovish take: If borrowing costs are low, why save money now to buy something later?  Maybe you want to spend a little discretionary money on clothes or entertainment, or maybe you’re looking to make a big-ticket purchase like a car or house. If you own a business, borrowing “on the cheap” can allow you to buy equipment that just might up your productivity or help your company expand. Either way, low interest rates can encourage borrowing and spending, as well as help increase output and productivity on the business side. In the end, all of this output and spending can drive up the country’s GDP, fueling economic growth.

That does seem to be happening. GDP for Q1 2021 rose a massive 6.4%, according to the government’s initial estimate. Next week brings the second Q1 GDP estimate, and the Atlanta Fed’s “GDP Now” counter predicts even better 10.5% growth in Q2 (though that’s against a very easy comparison to a year earlier when the pandemic kept the economy on lockdown).

The hawk counters: Low interest rates not only encourage spending, they open the door to wasteful spending or, in the case of businesses, risky investments that might not have occurred if capital were more scarce. Plus, the demand for loans increases the money supply, creating more money that may end up chasing a decreasing amount of goods—the classic definition of inflation.

National debt is another complex matter that potentially carries many negative consequences, according to the hawk. For one, interest on the debt has to be paid, most likely with tax revenue, so in a sense it’s a claim on Americans’ future income. The government’s interest spending can also compete against other key federal priorities like defense and healthcare. If rates go up, the government’s spending on interest also stands to rise sharply.

Another concern is that higher debt levels make our government and corporate debt investments appear riskier (perhaps they are). If that doesn’t lower the nation’s credit rating, then debt yields (interest rates) might have to be raised to attract investors. And if corporations raise their yields on newly issued bonds, they might have to raise their product prices, causing … (you guessed it) inflation. However, for the moment corporate bond yields remain near historic lows, as do mortgage rates.

How have both hawkish and dovish approaches worked toward boosting economic booms, inflation, and counter-inflationary busts throughout our history?

How Inflation Swung in the 70s

In addition to bell-bottom pants and living room bean bags, the 1970s are infamous for their period of aggressive inflation, or rather, stagflation (high inflation plus high unemployment). Since then, the decade has become kind of a “bogey man in the closet” for the Fed. Whenever rates stay too low for too long, you get people warning that the inflation monster in the closet could attack, just like it did then. A devalued dollar, the end of the gold standard, an oil shock, and a growing population all contributed to high inflation back then, but some still think the Fed could have acted more quickly to counteract the price pressure.

When inflation began to roar in 1973, the Fed had been trying to stimulate the economy with what then were considered relatively low rates of between 3.75% and 5.75%. The oil shock of late 1973 sent inflation spiking, and the Fed raised rates during the ensuing recession to try to keep prices in check. The result was that “stagflation” we referred to above, and the results weren’t pleasant for anyone who remembers those times of economic retreat amid eye-popping price growth.

At that point, Paul Volcker, the Fed’s hawkish chairman, responded with the big guns, raising interest rates to a record-shattering 20% the following year to counter it. As the Fed anticipated, did retreat, but it also brought about a two-year recession. In other words, it worked … but painfully.

That’s the kind of situation the U.S. has avoided for the 40 years since then, and no one is forecasting a repeat. Still, even a little stagflation could likely do immense damage to the stock market. The S&P 500 Index (SPX) spent much of the 1970s and early 1980s not keeping pace with inflation. It’s typically thought of as a lost decade for Wall Street, with things not really improving until late 1982. Not too surprising when you consider the challenge of mounting a stock market rally with interest rates at 20%.

Neither Hawkish nor Dovish, but Simply “Accommodative”

Ever since the 2008 financial crisis, the Fed’s stance on monetary policy overall has been fairly loose, holding interest rates low to accommodate economic growth, but with an eye on an inflation target of 2%. Inflation barely reached, let alone sustained that level. Rates remain low.

In 2020, the COVID-19 pandemic changed everything, as the U.S. economy (and the rest of the world) was quickly going downhill amid lockdown. The Fed pushed the fed funds rates down to between 0% and 0.25% in March 2020. It’s still there today.

The April 2021 Consumer Price Index release showed prices having jumped 4.2% year-over-year, spooking the markets. Yet the Fed holds the position that inflation will be “transitory.” They’re looking at the labor market to gauge whether “wage inflation” might signal a turn to a longer-term problem. So far, the slack in jobs is wide, meaning rates might continue to hover near zero. However, some economists are worried that transitory inflation may be laying the groundwork for a more extended and severe period of inflation.

The Fed is made up of several members. Most are centrist—neither hawk nor dove—though a few lean toward one side or the other. Yet the Fed’s actions have been popularly called “dovish.” The Fed likes to use the word “accommodative” instead. In that case, perhaps the hawks are neither endangered nor extinct, so to speak. It’s just that an accommodative bird might be one that can transform into the other, when the time is right.