Mid-Year for the Stock Markets and Sectors: Time for a Checkup

Looking ahead to the second half, it’s possible that politics in Washington and Q2 earnings could help set the tone. Can strength seen in the first half conti 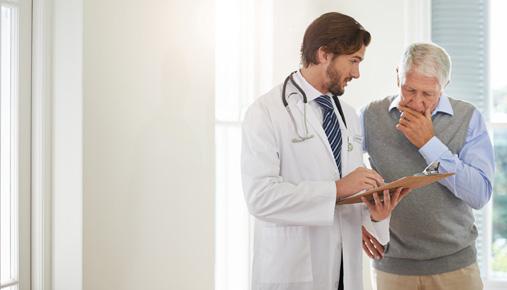 Trying to forecast what markets might face in the next six months brings to mind Danish physicist Niels Bohr, who said, “Prediction is very difficult, especially if it’s about the future.”

It’s never easy to pinpoint which factors could move markets, and the 2017 prognostication game seems more challenging than usual. Going into this year, who would have predicted the turmoil we’ve seen in Washington, D.C., or the stock market’s historic low volatility? U.S. stock prices reached record highs even as the economy grew just 1.4% in the first quarter, and Treasury yields remained low despite two Fed rate hikes.

Looking ahead, analysts see a bunch of factors to watch, including developments inside the Beltway. Though earnings are normally the big focus for stocks, company financial results might find themselves taking something of a back seat at times to Washington politics and the Fed.

"The debt ceiling matter has to be taken up (by Congress) before the end of the year," said Patrick O’Hare, chief market analyst at Briefing.com. "The special counsel investigation into the Russia situation in terms of our election isn’t going away either. Overlaying all this is uncertainty about when the fiscal stimulus plan the administration wants to see will get implemented, including tax reform and infrastructure; and it is becoming apparent that the stock-market friendly Fed is getting a little less friendly. We think the back half of the year, then, is going to be more volatile than the first half of the year since the market will have to contend with a potential clash of the titans that is politics and the Fed.”

Stocks continued to post record highs in June as the rally that began last Election Day charged forward. Whether the so-called “Trump trade” can stay on track in the second half might depend on Congress and the administration working together on taxes, infrastructure, health care, and other initiatives.

“Politically, everyone’s eyes are on Trump to see if he can get a tax deal,” said Devin Ekberg, managing director of education at the Investment Management Consultants Association (IMCA). “That could be a huge driver, and the market has priced in the assumption that he can.”

Outside of D.C., the big story in the first half was Q1 earnings growing more than 15% for S&P 500 companies. Research firm CFRA now projects 6.1% earnings per share growth for S&P 500 companies in Q2, which would be well off the torrid Q1 pace, but there’s hope that continued strong earnings could support the market.

“The general consensus, or conventional wisdom, is that earnings are expected to increase not just in the first half but on an ongoing basis,” Ekberg said. “The sort of mini earnings recession has probably bottomed out.”

The question is whether the market has fully priced in the earnings acceleration. Some say that 2400 for the S&P 500 Index (SPX), which equates to a forward price-to-earnings ratio a little over 18, already reflects most of the strong earnings seen so far and going forward. The ratio is well above average, although not dramatically high.

Are Low Volatility and Sector Disparity Here to Stay?

Low volatility grabbed headlines in the first half as the VIX—the market’s most closely followed “fear indicator”—stayed below 12 for most of the first six months of 2017 and even fell below 10 at times. Some analysts saw this as a sign of complacency, but others said it could simply reflect low trading volume.

A significant disparity between the best- and worst-performing sectors got less attention than sluggish volatility. At one point, information technology stocks had galloped ahead with 17% year-to date gains, even as energy struggled with 11% losses.

“We’ve gotten to extremes with sector performance so far this year,” said Stephen Biggar, director of product strategy for Argus Research. “Tech has really been the clear winner so far, and you’ve got a reasonably good story to tell there. And the energy sector is down double digits—that’s a big differential in performance, and out of the ordinary.”

Biggar also noted the relative weakness of the financial sector, which is up about 5% so far this year, trailing the SPX. He believes the market can rally despite the relative absence of vigor in this important category, in part because he’s optimistic about the consumer.

“The economy is growing and we expect faster growth,” Biggar said. “The market is favoring the consumer and economically sensitive names in general, and that tends to be a good sign. If defensives were leading, then you’d say the market isn’t looking for great things.”

Financials could continue to be a key sector to watch as the year goes forward.

“We recently had some bad news from some of the banks regarding trading volume, so the question is whether that’s a preview that Q2 earnings could be affected in the financial sector,” said JJ Kinahan, chief market strategist for TD Ameritrade. “Financials are always key to watch because they touch every other business, but in this case, more than usual.”

Another sector to monitor is technology, considering the strong first-half performance and the fact that so many gains are concentrated in a few big stocks. However, stocks like Apple (AAPL), Amazon (AMZN), and Alphabet (GOOG) “performed well because they delivered on earnings,” Kinahan said. “However,” he adds, “as we have seen recently, as we have gotten to all-time highs, there has been profit taking and nervousness as to whether they can continue to hold up.”

Energy is also going to be a focus. “The energy sector has had a tough time overcoming the drag of crude oil,” Kinahan said. “The market has been looking for oil to break out, but we just haven’t seen it. And considering the late-quarter selloff in crude, it will be interesting to see if future projections will be affected.”

As in any year, it’s also important to keep an eye on the Fed, although that almost goes without saying. The Fed’s decisions about future rate hikes and the unwinding of its $4.5 trillion balance sheet certainly could play a role moving forward.