May or May Not: Financial Market Outlook Fuzzy as U.S. Economy Inches Toward Reopening

The month of May is expected to bring more weak data, especially for the U.S. jobs market, while the earnings focus turns toward struggling retailers. The pace of reopenings could be another major development. 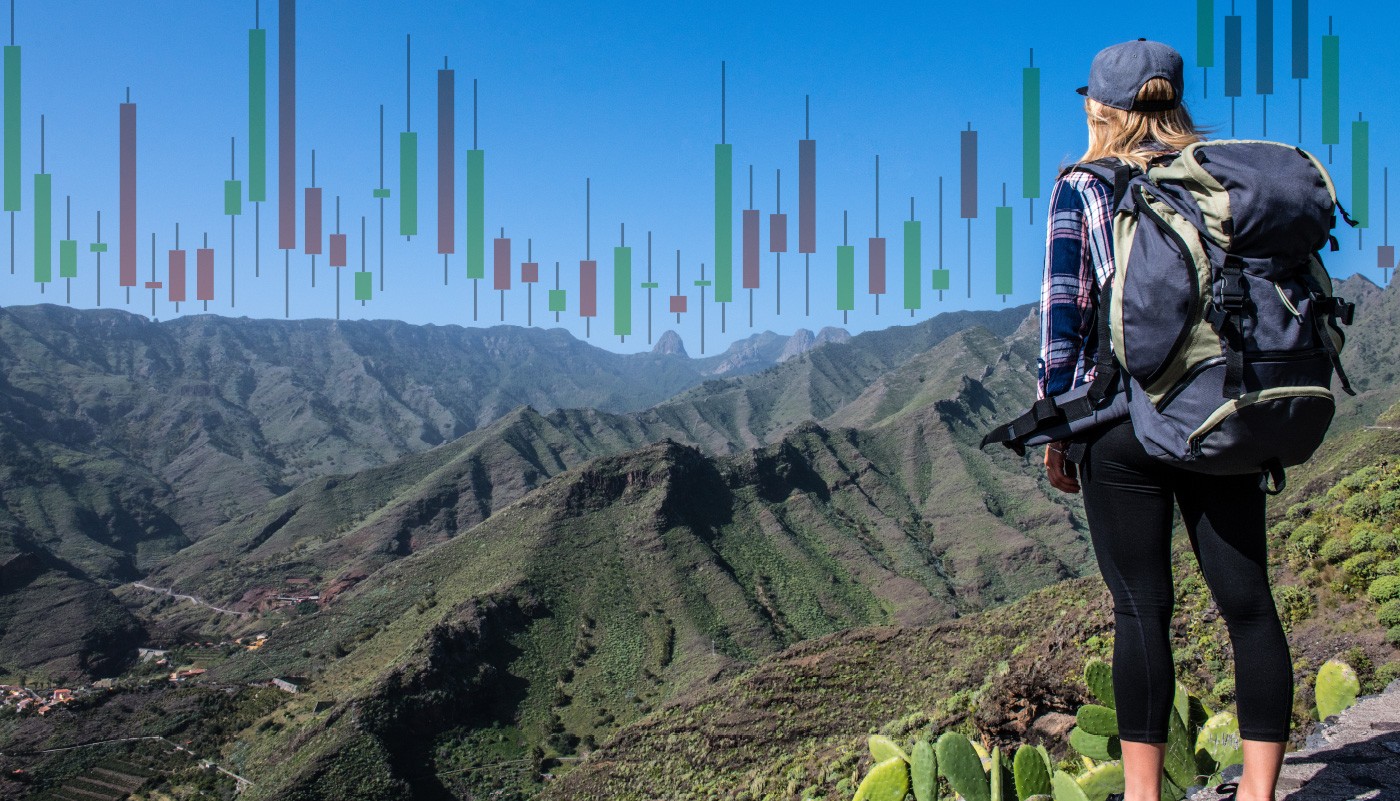 When the calendar flips to May, it can get people thinking about the Kentucky Derby, basketball playoffs, and the Indy 500. This year, none of those hallowed spring events will happen on time, a sad reminder of the pandemic’s impact.

For investors, there’s a little solace knowing that stocks rebounded nicely in April after a historically awful March. While there’s no clear sense of when things might get back to normal—particularly as to when the economy might start humming again—some political leaders say we’re at the “end of the beginning,” in the words of Winston Churchill.

The rebound so far reflects a few things, including huge injections of fiscal and monetary stimulus, as well as the market’s tendency to look way ahead. For instance, some analysts say participants are already starting to write off the entire 2020 earnings year as a lost cause and focusing on what many expect could be better 2021 results.

In May, earnings remain the focus, with tons of major companies due to report. May also is the first month where investors will see data reflecting Q2, which many economists think could show the worst economic cratering since the Great Depression.

The human toll of the pandemic remains top of mind as the new month begins, and so does the less-dire-but-still-important concerns about the virus’ impact on businesses large and small. How much can the economy open in May? That’s a question many hope to get answers to as the month marches on.

Many states have already extended “stay at home” orders to late May while others start to stir. Hopes for reopenings in Europe, as well as some U.S. states, gave markets a more positive spin in the last week of April. The pace of reopenings over the next few weeks could play a big part in shaping market progress or lack thereof in the month ahead.

With so much up in the air, let’s talk about some things investors can actually hang their hats on, knowing for a fact they’ll happen in the new month. For instance, April payrolls data will come out bright and early on Friday, May 8. However, “bright” is likely the wrong word to use anywhere near this report.

The March jobs report was bad, but April looks like it might be atrocious. The 701,000 jobs lost in March were probably just the start of the horror movie for U.S. workers, reflecting only the very early days of the economic shutdown.

April saw new jobless claims average around 5 million—per week. If all of those show up on the monthly report, job losses in April could reach records. It’s not unrealistic to assume the number will be well into the millions. Just a year ago, the economy was humming along creating approximately 200,000 jobs a month. Those days are over, for now.

The headline number might get a lot of attention, with job losses likely concentrated in the services sectors. Another line to check in the report is the labor force participation rate. That fell 0.7 percentage points to 62.7% in March, and it’s likely to fall more in April.

Something to keep in mind about May’s data, whether it’s payrolls or other numbers, is that data tend to be backward looking. The stock market seems to have taken into consideration a lot of the bad economic news, and the data seem to be reflected in defensive assets like Treasuries, gold, and volatility. If that trend continues in May, we could see stocks shake off the news while bonds and volatility remain elevated.

For Clues on Path Ahead, Look To Yields, Small-Caps

May looks like it’s going to start with 10-year Treasury yields near the all-time lows posted in March. If yields begin to show signs of life, or volatility begins to ease in May, that might be a good benchmark of improved market sentiment.

Also, remember to keep an eye on the small-cap Russell 2000 Index (RUT), which history shows can better reflect investors’ outlook for the domestic economy. The RUT has been trailing larger-cap indices since the crisis began but outpaced its bigger cousins toward the end of April (see chart below). If RUT gets a lift in May, that would arguably be a very good sign, but it’s burdened by having many regional banks in the mix. These banks are particularly vulnerable to the pain of small businesses across the country right now.

You can count on seeing robins outside in May, and you can also count on more earnings. The one thing you can say about Q1 earnings as of late April is that they’ve been about as bad as people had expected. So far, average S&P 500 earnings are down nearly 15% from a year ago.

Checking Earnings for Signals of Resilience

There’s been some resilience from a few sectors, including Healthcare and Information Technology, but most companies are pulling guidance amid the uncertainty.

Semiconductors have been a bright spot so far, seeding some hope that demand for high-tech products like phones and electric cars could potentially come out on the other side without too much damage. That remains to be seen, but Intel (INTC), Micron (MU), and Texas Instruments (TXN) were among the reporting chipmakers that drew some market applause in April. The key chipmaker report to watch in May is Nvidia (NVDA), which has big exposure to the gaming business that seems to be doing well with everyone staying home.

Weakness in Energy earnings and worries about defaults and bankruptcies in the oil patch have Financials playing defense. The big bank earnings in mid-April showed financial firms taking a cautious approach by putting lots of money aside for future protection against loan defaults. It’s hard to have a rally without Financials participating, and for the most part this sector didn’t share in the April wealth. Continued weakness in bank stocks could be a big challenge to building on April’s market gains.

Other key earnings to watch in May include what might be a train wreck in much of the retail sector, but possibly some good news from the big-box retailers and grocery stores. The pandemic could sharpen the growing demarcation between traditional retailers that haven’t done such a good job going online, and ones like Target (TGT) and Walmart (WMT) who have done a good job.

On the other hand, investors might not be ready to reward stores for their online sales if “same-store sales,” the more traditional metric, don’t live up to expectations.TGT found that out the hard way in late April when its shares slipped after it updated investors about recent results. The company said online sales were booming, but same-store sales rose less than expected.

Meanwhile, more Communication Services firms prepare to report in May, and that sector’s been a relatively calm one in the storm. Results from Netflix (NFLX) and Snap (SNAP) were both solid. Stay tuned for earnings from game makers Activision Blizzard (ATVI) and Take-Two (TTWO) in May.

There’s no Fed meeting in May because it will have just concluded one at the end of April. Rates aren’t likely to go anywhere from near zero, but May could bring other government and Fed action. If stay-at-home orders continue throughout the month across parts of the country, as it looks like they might, Congress could be under pressure to produce more fiscal help for people and businesses affected by the pandemic. You can’t rule out another direct injection of assistance, like the $1,200 checks many taxpayers received or will receive soon.

Crude was a huge story in April, falling below zero at one point as stockpiles threatened to overflow around the world but especially in U.S. oil country. The front-month June crude futures contract expires May 19, and if there’s still a storage problem, it wouldn’t be surprising to see more fireworks in the crude market then. Weak crude gave the stock market a hiccup for a few days in April. As of late April, crude was back below $14 a barrel in the U.S., which is historically low.

The crude situation remains dicey at best, and for retail investors it comes down to two things: Risk and reward. By trading the crude market now, you might get a small reward, but risk is off the charts. There’s nothing wrong with futures trading or markets in general, but arguably this isn’t the time or place for inexperienced investors to try their luck with crude.

Other things to keep an eye on in May include housing, which is getting pounded during the crisis. Sentiment readings also could be worth a look as the month continues. Consumer spending is two-thirds of the economy, and if sentiment starts to really fall out of bed as May continues, it could point to a longer, slower recovery when this all finally ends.