The good news is that the market has had two strong up days this week. The bad news is everything around it, including this morning's early selloff. 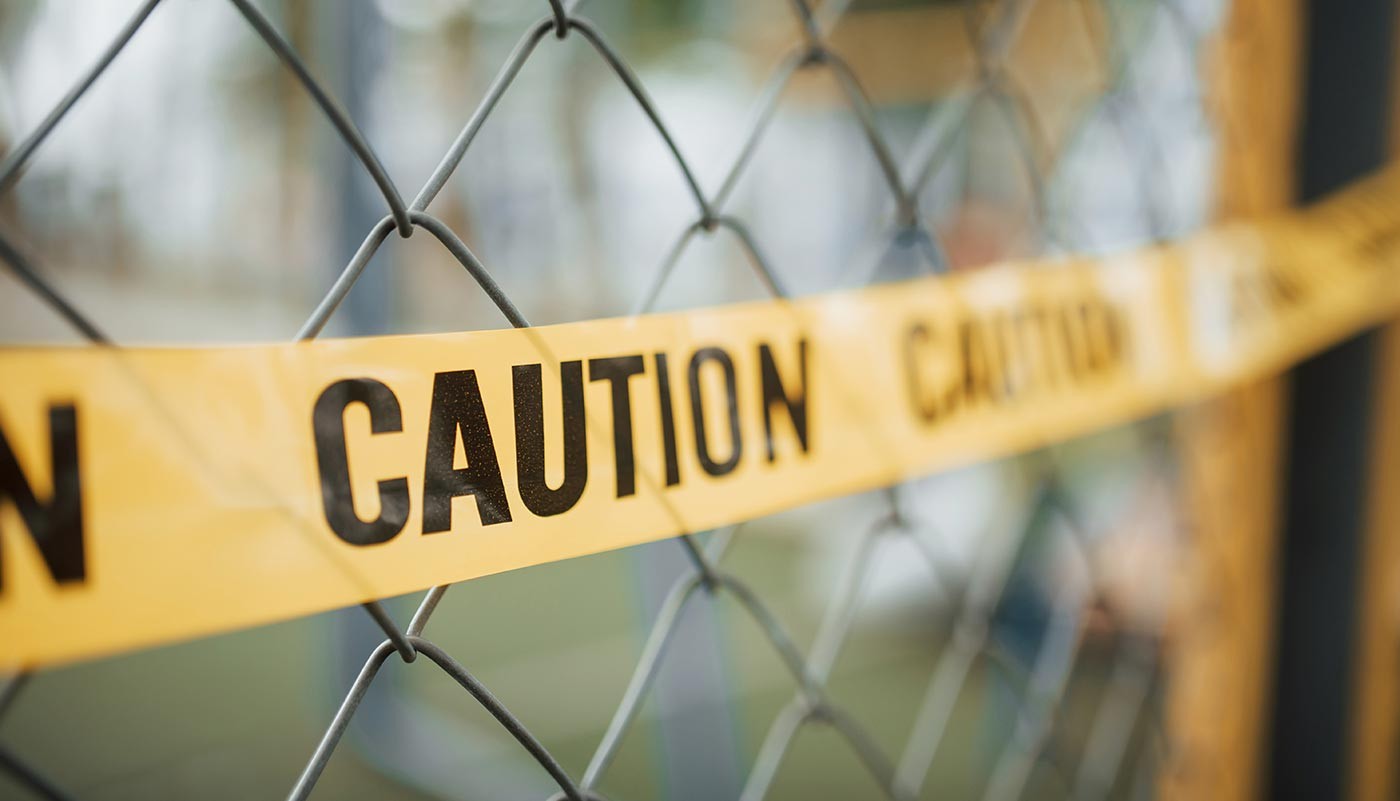 (Thursday Market Open) The roller coaster isn’t over yet.

Market volatility is continuing as investors try to sort out what they think are proper valuations for stocks amid the threat the coronavirus poses to the global economy and corporate profits. But it’s a moving target as cases of COVID-19, the disease caused by the virus, continue to spread abroad and within the United States, where California declared a state of emergency.

This morning’s activity seems to be focused on the International Monetary Fund’s announcement that it thinks global growth this year will be below last year’s 2.9% and the International Air Transport Association’s prediction that global airlines could lose $113 billion if the outbreak continues to spread. Meanwhile, Apple (AAPL) has joined other high-profile companies in canceling its plans to attend the South by Southwest music and tech festival.

As a sign of the unease among market participants, oil prices turned negative this morning despite a reported provisional OPEC agreement to cut production if Russia agrees. The downturn in prices seemed to reflect the general risk-off sentiment in the market, as demand for the safe havens of gold and U.S. government debt was higher. The yield on the 10-year Treasury had once again sunk below the 1% mark, and Wall Street’s main fear gauge, the Cboe Volatility Index (VIX) was up around 37.

All this doesn’t mean people should panic. Rather, traders might want to consider sensible precautions like tweaking order strategy measures—such as by widening out stop orders amid the volatility, and trading in smaller batches of shares.

And investors might not want to forget that there has been good market news this week in the form of two of the strongest days in quite some time, with not one but two four-figure up days in the Dow Jones Industrial Average ($DJI).

The market has certainly seen its share of outsize moves to the downside recently. But Wednesday marked huge moves in the other direction. Though a large part of the gains were swept away in early trading Thursday, a rundown of yesterday’s action can help identify which way the sector winds have been blowing.

Energy—which has spent the better part of a year as the sector laggard—was once again the poorest performer among S&P 500 Index (SPX) sectors but still gained more than 2%. The top award went to the Health Care sector, which posted a jump of more than 5.8%.

While market participants seemed to think former Vice President Joe Biden’s strong showing in the Democratic Super Tuesday primaries was a good sign for stocks in general, they appeared to particularly voice their approval in the Health Care sector.

There has also been good news on the coronavirus front, at least from a business perspective, amid news about Apple’s (AAPL) factories in China reopening and a major AAPL supplier there telling The Wall Street Journal that production could return to normal levels by this month. Also domestic lawmakers announced an $8 billion package to combat the coronavirus.

Such a broad-based rally on Wednesday may be telling us that the market had gotten oversold.

Another defensive sector, Utilities, also performed well, adding nearly 5.7%. That didn’t appear to be because investors were particularly worried about something specific on Wednesday. Rather it may have been because of the breadth of the rally as well as market participants searching for yield.

We could see more of that search for yield in coming days if the yields on U.S. government debt remain low. On Thursday, the 10-year Treasury yield fell back below 1%. But it then rose back above that level amid increasing market confidence (see chart below).

Still, it was far from a bond-buying spree as investors likely want to hold on to government debt amid the Fed’s low policy rate and the heightened volatility amid coronavirus fears. Low bond yields could prompt investors to search for returns in equities, such as with low-risk stocks with a history of paying high dividends.

That could mean more money going into Real Estate and Utilities as investors may keep shying away from financial and tech companies. With the interest rate situation what it is, banks’ net interest margins are taking a hit, and it seems that will continue to be a drag on those shares until some investors decide to go bottom fishing.

CHART OF THE DAY: UN-YIELDY. Although equites have had a couple of big bounces in recent trading, the 10-year Treasury yield hasn’t. The 10-year Treasury Index (TNX) has fallen in each of the last 10 sessions, dipping below 10—which corresponds to a 1% yield on the 10-year Treasury—for the first time ever. Long-dated yields had been under pressure even before the Fed's intra-meeting 50-basis point Fed funds rate cut this week, as investors have been piling into the relative safety of U.S. government debt.Data source: Cboe Global Markets. Chart source: The thinkorswim® platform from TD Ameritrade. For illustrative purposes only. Past performance does not guarantee future results.

Batting .100: If you follow baseball, maybe you’ve heard of the “Mendoza line.” It’s a light-hearted term coined by sportswriters for a weak batting average of .200, or just two safe hits for every 10 times at bat. A player whose average falls below .200 is said to be “below the Mendoza line,” and it’s not a distinction anyone wants. It’s named after Mario Mendoza, who played in the Major Leagues decades ago and frequently had an average of .200 or worse (he stayed on the roster because he was a good fielder).

The Mendoza line in the markets could be 100, or in this case, 100 basis points. That’s the level the 10-year Treasury yield fell below this week for the first time ever and now struggles to move meaningfully above. Anything below a 1% yield, which represents 100 basis points above zero, causes some investors to worry about a Europe- or Japan-like negative rate environment taking hold here. The Fed’s “emergency” 50-basis point rate cut this week only added to the pressure on yields. Low yields at some point could become self-sustaining. In other words, people and businesses might hold back on big purchases, waiting for borrowing costs to fall even more. Delayed spending would likely hurt economic data, pushing rates down further. Until the market finds a way to bust out of this, it might be hard to sustain any major rally back toward recent highs. On the other hand, if the Fed at some point decides the virus danger is out of the way, it wouldn’t be surprising to see it warn that rates could rise again as the economy improves, and in this way maybe spur some economic activity as people try to make purchases before “Mendoza” rates head back to the bench.

Financial Planning and COVID-19: With the heightened volatility amid the recent coronavirus-related selling in the stock market, it’s probably no surprise that investors have been calling up their financial advisors. But what’s interesting is that many of those who are worried about the fallout from the outbreak aren’t making portfolio changes. Those findings are from survey results released Wednesday by the American College of Financial Services. More than 65% of advisors surveyed said their clients had been more likely to reach out to them because of the recent volatility. Most of those clients are in retirement or one to five years away from retirement age, so their reduced time horizon makes their increased anxiety more understandable. Indeed, half of those clients said they were more concerned about retirement this year than in 2019.

But despite the concern more than 60% of the advisors in the survey said that none of their clients had made changes to their plan. That can serve as a reminder of something we say a lot in this column: Longer-term investors should consider not reacting to short-term market gyrations. Of course, that’s easier said than done when emotions kick in and your time horizon is shortened by age. To help clients weather market turmoil, advisors in the survey said they advise clients to build a floor of guaranteed income that’s not subject to market volatility, use a cash reserve that can be tapped in a down market, and create multiple portfolios with different retirement time horizons, with the most aggressive being the longest-term portfolio.