Tariff issues and geopolitical concerns seemed to drive the stock market in May, when volatility picked up on the uncertainty and stocks slid. Retail earnings were also in the spotlight last month. 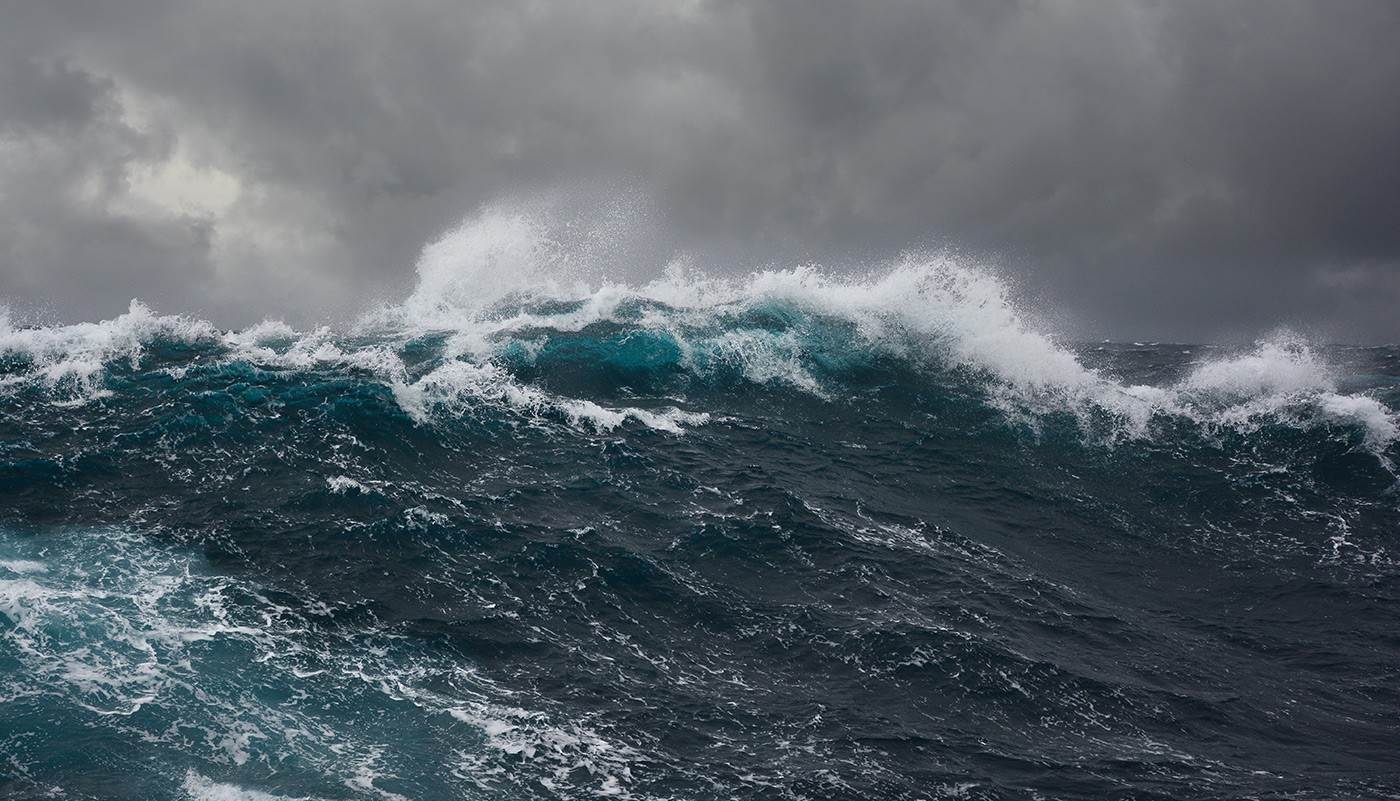 May turned out to be a lackluster month a lot of stock market investors would probably rather forget. Arguably, though, it’s one worth remembering, if only for the lessons it provides.

Stocks fell sharply over the course of May, clobbered by geopolitical turmoil, a Fed that resisted calls to get more dovish about rates, and an earnings season that showed corporate results generally hitting the brakes after last year’s double-digit gains.

All of this helped lead to what might be called a “repricing” of stocks and a steady movement of many investors into what they conceivably saw as less dangerous assets, like Treasury bonds. In a repricing, investors collectively conclude that stocks might be priced for a better outcome than many now expect, and values tend to come down to reflect that new reality.

As May began, the S&P 500 Index (SPX) had a price-to-earnings valuation of near 17 on a forward basis, up from around 14 back at last December’s lows and just above long-term averages. By the end of the month, that P/E was down at around 16, not a huge drop but definitely a significant one for just 20 trading sessions (through midday May 29).

So what can investors learn from this rough stretch, aside from the fact that trade battles and Fed resistance to calls for rate cuts tend to weigh on the market?

First, May arguably showed us that there’s still a huge sense of caution out there. There seems to be a feeling that any negative news, whether it’s related to the Fed, trade, or earnings, has a chance to signal pending economic softness. It’s been a decade since the last recession, and many people apparently see the next one hiding in the shadows, ready to jump out and bite. That partly explains why Treasury yields, which fell from near 2.6% for the benchmark 10-year in late April to a 20-month low of around 2.23% in late May, pulled back so quickly. It’s a weird time geopolitically, and people are trying to figure it out. At times like these they often go to places that might look safer, though no investment is truly “safe.”

Recessions are part of the economic cycle, and eventually we’ll see another one. Trying to time one, however, is a losing battle, as most economists would probably admit. While some of the latest manufacturing and corporate spending data do look a bit soft, there also were some positive numbers in May (jobs, for instance) and it’s possible that the economy might end up in relatively decent shape if the trade situation gets resolved.

Another lesson from May is that when the trade bear roars, Info Tech companies are likely the ones that take it on the chin. By the end of May, the Info Tech sector was down more than 7% over the last month, the worst performance of any sector aside from Energy (which cratered in part due to falling crude prices as investors worried about trade issues weighing on demand). In particular, semiconductor stocks got hit hard, with that sub-sector having its worst month in 11 years.

China and the U.S. are intertwined in many ways, but Info Tech is one of the areas where it’s hardest for the two to separate. China can buy soybeans from South America instead of the U.S., but can it successfully roll out 5G without cooperation from U.S. companies? And how easy would it be for a company like, say, Apple (AAPL) to shift manufacturing of a complex product like the iPhone to the U.S. from China? Or for rare earth mining companies—whose products are used in cell phones—to set up operations in the U.S.? Likely not very.

A third point investors might want to take away from May is to consider keeping a close eye on volatility. It’s tempting to ignore this metric when times are relatively smooth, and many people probably do. However, if you’re actually trading on a day-to-day basis, the Cboe Volatility Index (VIX) can sometimes tip you off on the next stock market move. For instance, on May 28, the SPX and VIX both started the day higher, but that raised eyebrows. A higher VIX usually, though not always, leads to dropping stock prices. In fact, by midday, stocks began a quick descent as the VIX rose to 17, its highest level in about two weeks. In other words, the VIX turned out to be a good indicator of where stocks might be going.

The other thing that May showed us is that there’s a lot more to the market than what the U.S. economy is doing. The government pulled a bullish rabbit out of its hat in April when it estimated Q1 gross domestic product (GDP) growth of 3.2%, well above the Street’s expectations. At the time, that, along with strong April jobs and wage growth, helped stocks to new highs. However, since then, the pendulum has swung as negative rates in Europe, an increasing fear that a “No-deal” Brexit might happen, and the festering trade issues between the U.S. and its biggest partners all ganged up on investors. It’s an interconnected world. If rates are negative in Europe and Japan, that’s often going to weigh on yields here in the U.S., and potentially on U.S. stocks. That’s what happened in May, anyway.

Any hopes for a near-term resolution to the standoff between the U.S. and China regarding tariffs on imports seemed to dim in May. Most recently, President Trump said he is not ready to make a deal, with China echoing similar sentiments. For investors, that leaves quite a bit of uncertainty regarding companies in several sectors that may be exposed to the issue, including U.S. companies that depend on Chinese consumers or Chinese suppliers.

Companies relying on Chinese consumers buying imported goods now likely must consider the impact of raising prices that may deter sales. Companies that rely on supplies from China face a similar situation regarding increased prices, and how they will handle the added expense.

In other geopolitical happenings, Brexit also presented a bigger question mark during May. Prime Minister Theresa May resigned after she failed to land a deal with the European Union. Now, it’s up to her successor to give it a go. Or perhaps Brexit will go through with no deal, and it’s unclear what that situation would look like for investors.

Major Earnings Wrapped Up In May

Earnings season wound down in May with companies like Alibaba (BABA), Target (TGT) and Deere (DE) helping round out the season. Retailers especially seemed to be in focus, as they reported mixed results for a variety of reasons. Online sales were a fairly consistent bright spot for retailers.

Online Chinese retailer BABA blew past Wall Street estimates, with revenue up 51% from the year prior as it expands both its business lines and its marketplace internationally. Target also beat on top and bottom line expectations, with shares getting a boost on same-store sales increase of 4.8%,  versus the 4.2% analysts were expecting. Part of what might be helping retailers like TGT is an improving picture for consumers, which includes a jobs picture that is arguably the best in decades.

In less positive earnings news, DE fell short of the Street view, underscoring the fact that farmers have had a fairly rough year so far. Part of DE’s picture is the escalating U.S.-China trade war, as many farm commodities are among the U.S. exports targeted for higher taxation. Now, DE expects sales of its equipment to increase 5% for the year compared to its previous forecast of 7%. So far this year, DE is down 6.5% as of May 29.

In May, the jobs report with April figures brought a burst of positive sentiment to the markets. About 263,000 new jobs were created in April, well above the expectations for closer to 200,000 in another sign the U.S. economy may be going full steam ahead. The unemployment rate dropped to a new 50-year low of 3.6%, while wages rose 3.2% year-over-year, the same as the previous month.

Not only does a better jobs scene have more people earning pay checks, but a tighter labor market can also pressure companies to increase wages to compete for talent. The end result can be a cycle that favors consumers and companies like retailers that rely on consumer spending. By the latest U.S. Consumer Confidence metric, consumers don’t appear to be too worried about the trade situation. The Conference Board’s consumer confidence gauge rose to 134.1 in May, compared to the consensus estimate of 130.

However, minutes from the Fed’s May meeting, released late in the month, offered less of a reason for investors to cheer. Fed chair Jerome Powell underscored that the Fed would remain “patient” on any policy changes. Some investors appeared to have hoped the Fed might signal a potential rate cut.

“Members observed that a patient approach to determining future adjustments to the target range for the federal funds rate would likely remain appropriate for some time…” the minutes read.