After a relatively calm start to the month, investor jitters returned in the second half of June over rising concerns about a possible trade war with China. 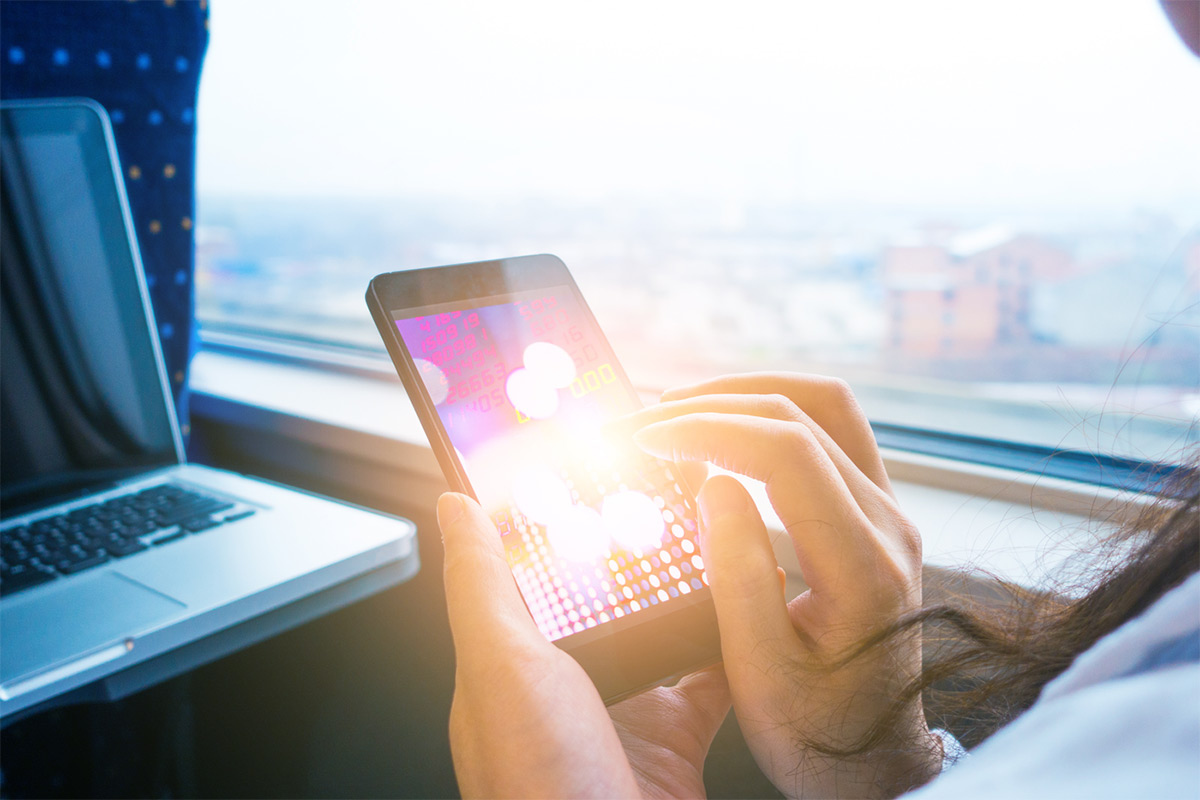 The initial calm of June gave way to some jitters as fears of a possible trade war between the U.S. and China resurfaced. Despite these concerns, there were signs that this downward pressure could be just another blip in the markets’ bumpy ride for 2018. Many investors appeared to stay the course and focused on the seemingly bright economic picture.

Though the Dow Jones Industrial Average ($DJI) was essentially flat by late June, the Russell 2000 Index (RUT) for small-cap stocks and Nasdaq (COMP) set all-time highs during the month. And market volatility was generally lower. The Cboe Volatility Index (VIX) spent most of June in the 12 to 15 range, but kicked back up to the higher teens in the final week of the month around new trade concerns.

Often viewed as a safe haven, the yield on the 10-year Treasury hovered around the 2.8% to 2.9% range for most of the month, after breaking through the psychological threshold of 3% in May. So while some investors may have fled to “safety” amid rising trade tensions, it doesn’t appear to be a significant amount.

Data continued to shine in June for the most part. The May jobs report (released June 1) showed the addition of 223,000 new jobs with big gains in construction, far exceeding the 190,000 many analysts had expected. A wage growth rate of 2.7% year-over-year seemed to keep inflation concerns in check. However, investors may want to keep an eye on this figure. A tight labor market could put upward pressure on wages as employers struggle to fill open positions and retain talent.

According to the government’s most recent estimate, the economy grew 2.2% in Q1 and there’s a sense that the gross domestic product (GDP) could be even higher for Q2. As of June 20, the Atlanta Fed’s GDP Now indicator was projecting 4.7% GDP growth, well above the 3.7% median of analysts surveyed by CNBC. Even a 3.7% rise could signal confidence in the economy since consumer spending typically makes up about two thirds of GDP. The picture should become clearer in late July when the government releases its first estimate for Q2. Although, the number is likely to be revised a few times after that.

On June 18, the administration announced it may impose tariffs on an additional $200 billion in Chinese goods on top of the $50 billion announced earlier in the month. Industrial and material companies, as well as chipmakers and automakers, seemed to be hit hardest by the news. Multinational companies, like Caterpillar (CAT) and Boeing (BA), tend to be more vulnerable to trade tensions, which may explain some of the weakness.

But not all companies felt the pressure. The threat of a trade war is arguably one of the main drivers behind the increased interest in small-cap stocks, along with a stronger dollar. Smaller companies tend to do more of their business domestically, making them potentially less susceptible to any tariffs Europe or China might put in place.

Info tech also outperformed industrial and material stocks for much of June. This could be due in part to some investors thinking it may be harder for countries that don’t have their own domestic products to impose tariffs on U.S. technology. Of course, this isn’t the case for China, whose own mega-tech companies already compete with U.S. businesses for customers at home and abroad.

At the same time, some of the interest-rate sensitive sectors like consumer staples and utilities appeared to rebound slightly from their weakness earlier in the year. Stocks in these sectors can sometimes be less impacted by geopolitics, though there’s no guarantee. Plus, they often pay dividends, making them an appealing alternative for investors seeking a safe haven amid rising global tensions.

The yield curve, or the gap between 2-year and 10-year Treasury yields, fell to 34 points by late June, down from above 70 last year. A long-term chart of economic growth shows that each of the last several recessions came after the yield curve ventured into inverted territory, which is when 2-year yields rise above 10-year yields. At this point, investors may want to monitor the spread but not dwell on it. Most economists continue to see no signs of developing economic weakness. Also, there’s an ongoing debate about whether an inverted yield curve actually triggers recessions or if it’s something that simply accompanies them.

While yields on U.S. Treasuries moved closer, there was a growing divergence between extremely low European interest rates and the highest U.S. rates in a decade. To the surprise of few, the Fed raised rates in June for the seventh time since late 2015. What was somewhat surprising was the European Central Bank’s (ECB’s) decision to rapidly begin tapering its bond-buying program starting in September, a little earlier than some investors had expected. The ECB said it intends to end the program, designed to stimulate Europe’s economy, by December.

While Fed comments were more hawkish this month, that could potentially change in the future if the spread continues to grow; too wide of a gap could upset the trade balance with European countries. The interest rate differential tends to drive exchange rates, and the dollar has been drifting higher in recent weeks, which can hurt U.S. multinationals and those who rely on exports.

U.S. stockpiles of oil are back to about average levels after spending much of 2015-2017 at much higher than normal levels and U.S. production remains near all-time highs above 10 million barrels a day. For much of June, oil prices hovered in the mid-$60s per barrel range, but did edge higher toward the $70 psychological threshold on June 22 after OPEC announced a more moderate supply increase than many analysts had expected. But investors interested in this commodity as well as the energy sector may want to proceed with caution. OPEC members were vague about the actual number and it’s possible some of them may not abide by the announcement. Plus, there’s some concern about how declining relations with China might impact U.S. oil exports.

Tuning Out the Noise

A lack of economic and corporate news may have caused the markets to react more to geopolitical headlines in the second half of the month. Rather than reacting to near-time gyrations, investors may be well-served to remain focused on their long-term goals. This may be easier to do in the coming days and weeks when the next round of economic data and earnings kick off.

Looking to stay on top of the markets on a daily basis? Check out my Daily Market Update on the Ticker Tape.  Or tune into the TD Ameritrade Network, which is live programming that brings you market news and helps you hone your trading knowledge.